South African ties to Israel come under strain over Ghazzah 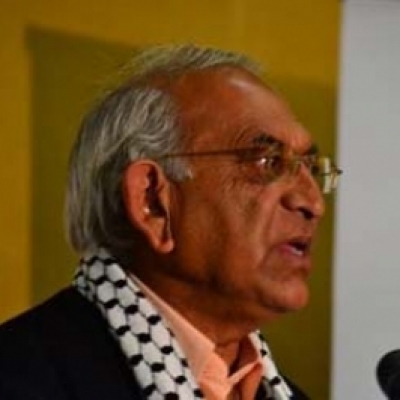 Has the internal rumpus within the ruling African National Congress (ANC) had an impact on South Africa’s foreign policy? Or is it that an Israel gone mad has led Pretoria to re-assess its ties with the former apartheid sanction-busting state?

In the wake of the Ghazzah massacres, the new deputy Foreign Affairs Minister Fatima Hujjaij (pic, right) has suddenly given rise to this debate. Journalists close to her predecessor, Aziz Pahad report that there is a dramatic change between her approach and that of her predecessor. In their excitement though, one detects a sense of despair. One of them, J. J. Cornish has complained that Hujjaij has adopted a more strident approach especially on Palestine. Pahad, he said, was more “balanced” and “pragmatic”, suggesting that his replacement is hard-line.

This because Hujjaij did what any foreign ministry official in her position would be expected to do: She summoned the Israeli ambassador to the Union Buildings and gave him a proper dressing down. She conveyed South Africa’s disdain and displeasure over Israel’s military conduct in Ghazzah.

But she did not stop there. Given her knowledge and understanding of the Palestinian struggle as a stalwart of the anti-apartheid freedom struggle herself, Hujjaij threatened alternate action if Israel continued with its aggression. It is this threat of sanctions that has led to tongues wagging on different radio talk-show programs. Pro-Israeli callers displayed their anger and frustration by accusing her and the Pretoria government of having “double standards” meaning Zimbabwe should take priority over Palestine. How could South Africa patronize RobertMugabe while attacking Israel? Why should Pretoria meddle in the internal affairs of the Jewish State?

In their usual defensive positions, many in the pro-Israeli gang seek to justify the current massacre on the grounds that Hamas is a “terrorist” organization and as such should have no right to exist. Their views are no different than those espoused by the now-deceased Bush administration, Israel and a host of unelected American-backed Arab dictators. Hence, it is not surprising to hear them voice uncritical support for the illegitimate and discredited “war on terror”. After all, Israel—the godfather of terrorism — has a special interest in snuffing out authentic leaders who refuse to kneel before its power, like some who in this current genocide have shamelessly done.

Post-Polokwane South Africa has undergone dramatic change. The recall of President Thabo Mbeki and his replacement with Kgalema Mothlanthe was a forerunner to a series of new developments, including the fall-out from the ruling ANC. “Terror” Lekota, former Minister of Defence, whose tenure as Chairman of the ANC ended in ignominious defeat at Polokwanebroke away with the Premier of Gauteng, Sam Shilowa, to form a new political party.

Now firmly established as COPE, it hopes to contest the up-coming national elections in April and emerge as the official opposition. Lekota’s move has been described by the ANC as symbolic of disgruntlement. Indeed, the highly organized labour movement, COSATU, has attacked COPE as potentially poised to undermine workers’ rights and called on its constituency to remain faithful to the ANC.

COSATU in fact has led the demand that SA sever ties with Israel. Its fresh demands in the wake of the horror visited upon Palestinians in Ghazzah and given the political climate of “surprises” may influence its alliance partner, the ruling ANC to “freeze” relations with Israel, or alternatively, put them under close scrutiny.

The sentiments expressed by Hujjaij reflect the deep-seated frustration that many countries experience vis-à-vis Israeli intransigence. It flouts International Conventions and thumbs its nose at the world! It does so with arrogance and knows that whatever crimes it commits, American backing is guaranteed. Professor John Dugard’s reports in his capacity as SpecialRapporteur for the UN’s Human Rights Council have been defied.

South Africa has to realize that the Palestinian Territories (Ghazzah, West Bank and East Jerusalem) have been occupied for 40 years. And as Dugard points out, there is a tendency in certain quarters to overlook this reality and to treat the OPT as an “unoccupied” entity. In fact the spin doctoring by Israel in the current onslaught in Ghazzah seeks to create the false perception—that Dugard warns against—of Israel and Palestine as two states poised against each other, with Israel as the victim and Palestine as a neighboring aggressive terrorist state. This is the challenge facing South Africa under Jacob Zuma’s leadership of the ANC. Will it respond to its moral and legal obligations and recognize that pursuing diplomatic and economic relations with Israel nullifies its stated objective of supporting Palestinian rights?

Indeed, not only does it nullify any prospect for leverage in either protecting or advancing such rights that have been savagely assaulted over 60 years; it completely neutralizes South Africa’s potential to seek any meaningful redress tilted towards the victims. Fatima Hujjaij should keep in mind that Israel rejected the latest Security Council resolution (1860) passed on January 8 demanding an immediate halt to its savage attack on Ghazzah and the withdrawal of all its forces. It continued its murderous assaults for another 10 days killing more than 1400 innocent civilians, many of them women and children, and injured an additional 5000. Ghazzah has been turned into rubble. That it is able to hold the international community to ransom with the blanket protection of the US is an indication of the tough battle Palestinians face in appealing for and receiving assistance.

Now that the zionist State’s criminal disregard for international opinion has become totally apparent and Israeli leaders have been accused of perpetrating war crimes, will Hujjaij fulfill her promise to take the next step? 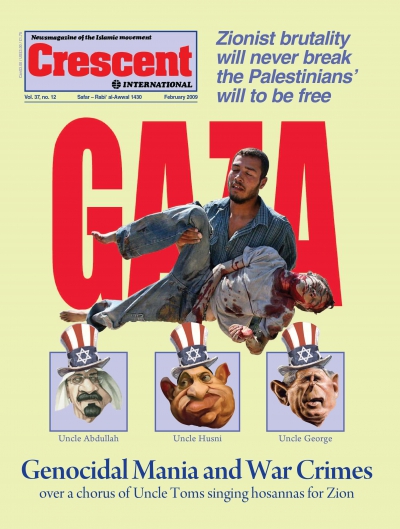 After the Gaza war, new patterns emerge in Israel-Palestinian politics

As the Israeli military machine battered Gaza earlier this year, during weeks of the most ferocious assaults on Palestinians seen in decades...

The Zionist occupation regime continued with its barbarous policy of causing death and destruction in the besieged Gaza Strip. In the missil...

Gaza has been referred to as the “largest open-air prison” in the world. Besieged on three sides by Israel including the Mediterranean S... 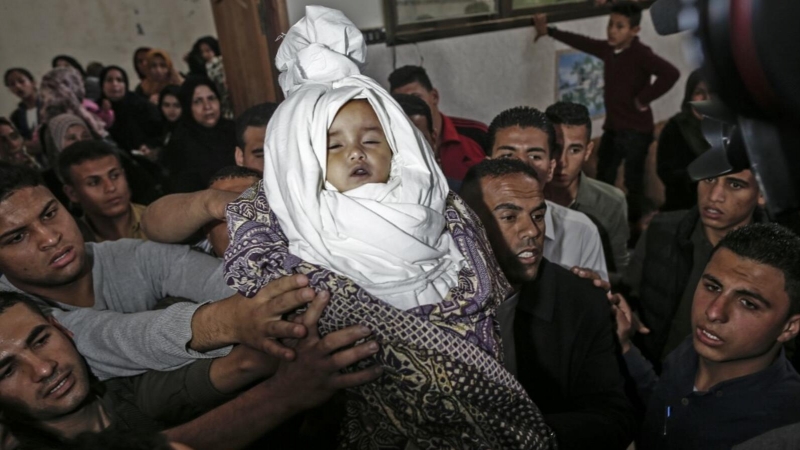 Zionist Israel’s relentless bombardment of the besieged Gaza Strip on the eve of Ramadan has killed 17 Palestinians and injured 110 others...