Global death-toll from the coronavirus stands at 6,036 as of today (Sunday March 15).

This is not an astronomical figure that should cause so much panic, but it has.

True, worldwide infections have reached nearly 160,000 but the alarm these have caused appears disproportionate.

This is not to suggest the authorities should not take the disease seriously or not take precautionary measures.

There is no known vaccine for the virus despite claims by US President Donald Trump that it would be available in a few months.

One of America’s leading experts and the widely respected director of the National Institute of Allergy and Infectious Diseases, Dr Anthony Fauci said it would not be available for a year or more.

Four countries in particular have been hardest hit: China, Italy, Iran and Spain.

China leads with most deaths at 3,199 but it seems to have slowed its spread.

The epicentre has now moved to Europe with Italy recording 1,907 deaths, the highest on the continent.

The immediate impact is shutdown of travel.

The US has banned flights from China, Europe, and the Middle East.

Other countries have instituted similar policies. Both Italy and Spain are under total lockdown.

France has closed the Eifel Tower for tourists as well as museums, and other public spaces.

The stock market has crashed losing trillions of dollars. Not just recession, the world may be heading for global depression.

Schools, games, concerts and other large gatherings have been suspended for two or more weeks.

The worst effect has been on the public. It has been driven into panic and mass hysteria by the media.

People are rushing to buy food items as if these will immediately run out.

The reaction of some Muslim countries and organizations has also been disproportionate.

Precautions are important but overreaction is not.

Salat (prayers) at mosques are being discouraged with Jumuah (Friday) prayers banned in some countries.

Even in Canada, some Imams that remain in coma most of the time have suddenly issued alarmist statements about canceling Jumuah prayers because of the “threat” posed by the coronavirus.

What about traveling in overcrowded buses and trains, especially during morning and evening rush hours?

How about not going to the grocery store for shopping? Surely, such stores are overcrowded and shopping carts are handled by all kinds of people!

Should Muslims stop going to work?

Will the self-appointed guardians of Muslim affairs, the so-called Imams, be prepared to take a portion of their fat salaries and give to fellow Muslims that may need help?

Mass hysteria will not solve the problem. Proper information and where to get help will.

Meanwhile, a propaganda war has broken out between China and the US.

Several US officials have referred to the Coronavirus as the “China virus” or “Wuhan virus.”

This is based on allegations that the virus started in China’s Wuhan province in mid-December 2019.

Chinese officials have hit back.

They have accused US military personnel of bringing the virus to China, according to the popular Chinese social media platform Weibo.

In mid-October, 300 US military members arrived in the Wuhan region for Military World Games and infected the local population, Weibo quoted Chinese officials.

Chinese respiratory specialist Zhong Nanshan stated at a February press conference that “though the COVID-19 was first discovered in China, it does not mean that it originated from China.”

On March 12, Zhao Lijian, the spokesperson of China’s Ministry of Foreign Affairs, took to Twitter and asked, “When did patient zero begin in US? How many people are infected? What are the names of the hospitals? It might be US army who brought the epidemic to Wuhan. Be transparent! Make public your data! US owe us an explanation!”

The Chinese tweet was accompanied by a video of Dr Robert Redfield, Director of US Centers for Disease Control and Prevention, saying that some deaths in the US assumed to have been caused by the flu were actually COVID-19.

He was testifying at a Congressional hearing on March 11.

Instead of responding to legitimate questions from Chinese officials, major media outlets including CNN, New York Times and CBS opened their big guns on China.

The “conspiracy theory” allegation is a convenient tool whenever regimes do not want to answer embarrassing questions.

The US and its apologists brand any questioning of their official version with this label.

Anyone who questions the US official version of 911 is immediately denounced as a “conspiracy theorist.”

Jeff Brown of Bioweapon Truth Commission: ‘Coronavirus Is US Biowar on China’

Jeff Brown, co-founder of the Bioweapon Truth Commission, grew up on a farm in Oklahoma, USA. He has lived and worked in Africa, the Muslim ...

Is the US itching for war with China because the latter is making huge economic progress that will leave the US far behind? There is a long ...

Far from appreciating the help China, Russia and Cuba have extended to other countries including the US, the corporate media has embarked on... 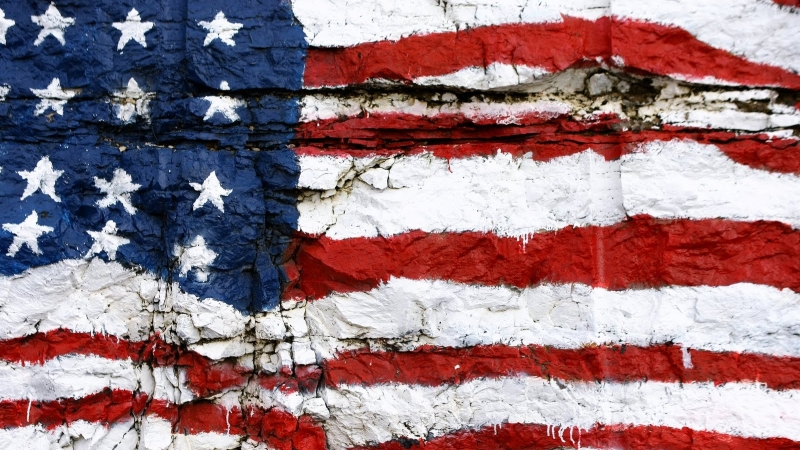 The days of the American empire are over; even US elites are writing its obituaries. The world Capitalist System was established on such fac...