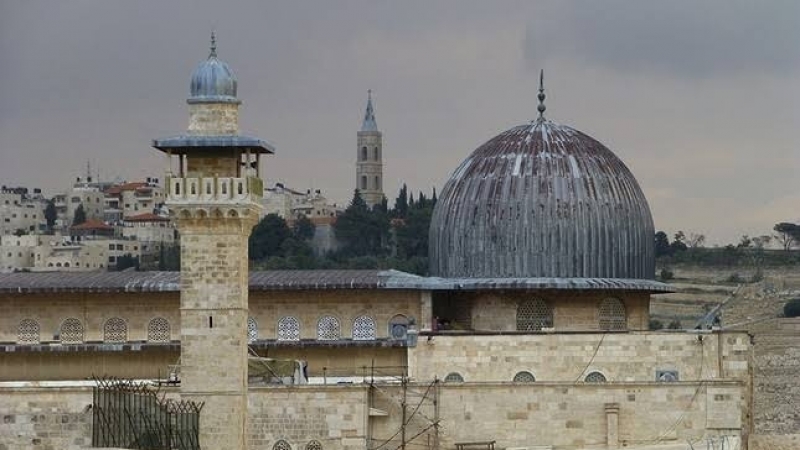 Lest We Forget Al-Aqsa

Despite troubles in many parts of the Muslim world, the Zionist threat to Masjid al Aqsa cannot be overlooked. The Zionists are making furious efforts to take it over. They must not be allowed to do so.

It is regrettable that most Muslims do not realize how serious the threat to al-Masjid al-Aqsa and the entire Haram al-Sharif in Jerusalem is. 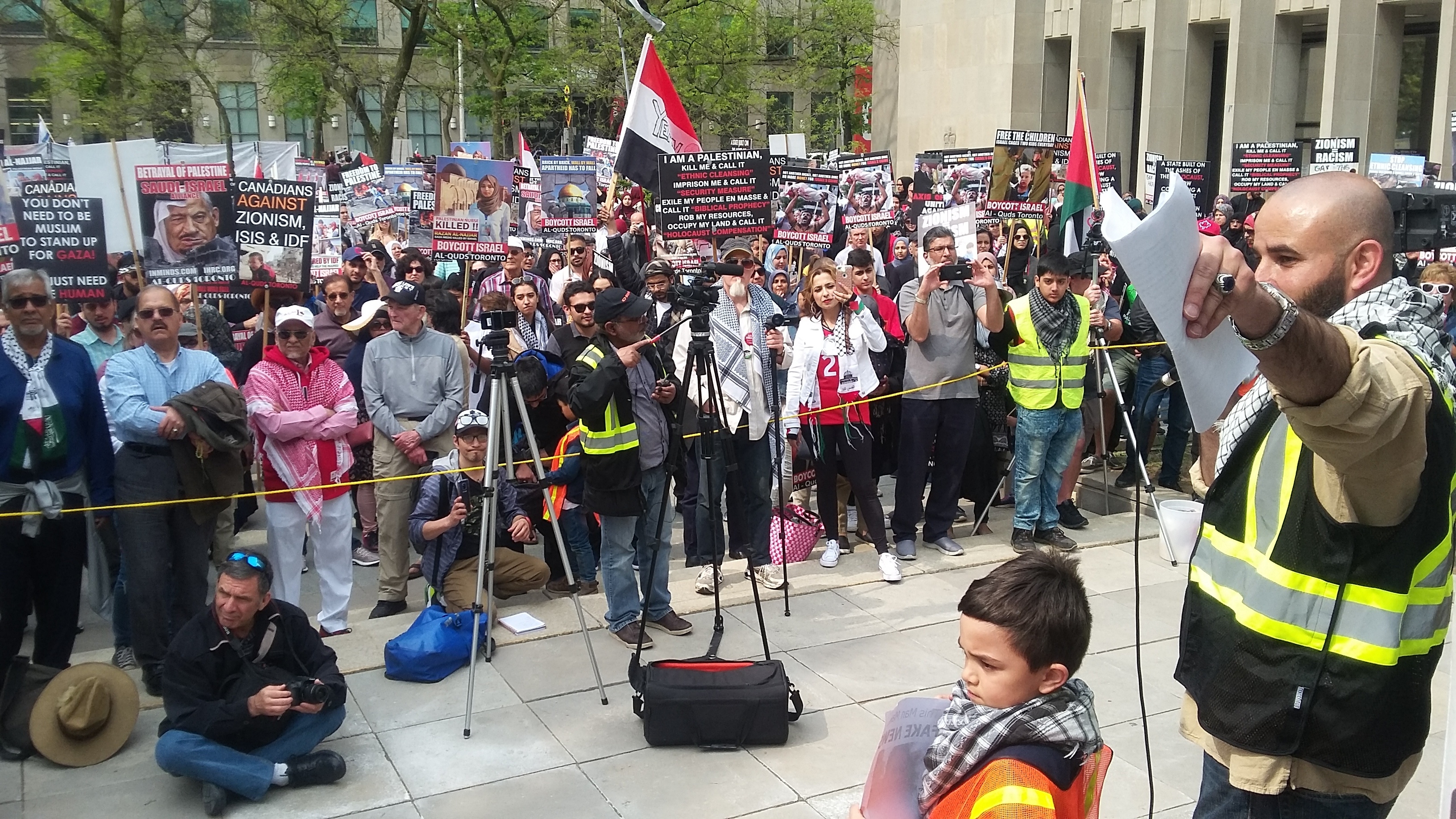 A Contributor from Toronto 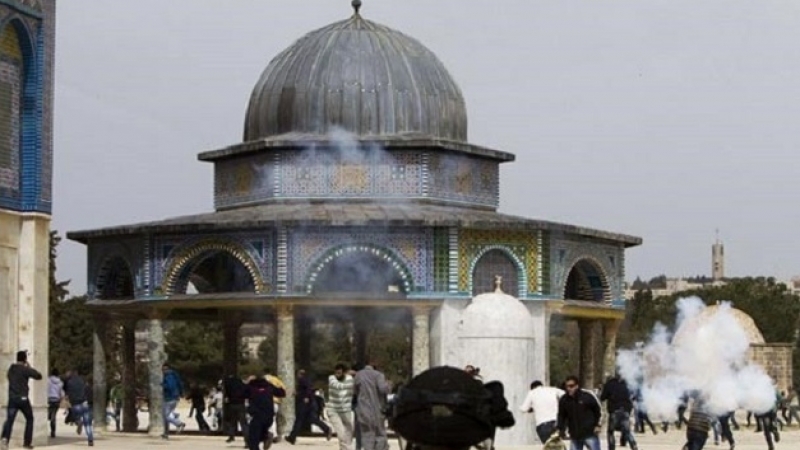 The Zionists are furiously trying to take over al Majid al Aqsa, the first qibla of Muslims. In violation of their own laws, they have trespassed on the holy sanctuary on numerous occasions aided and abetted by heavily armed Israeli soldiers.

The Muslims’ victory in al-Quds for al-Masjid al-Aqsa gives cause for celebration. It was not achieved by the pathetic Palestinian (non)Authority, the agents of Zionism. Nor was any Arabian regime involved. They hardly have time to raise their heads from sajdah to their true god — Zionism.

The cowardly Arabian rulers have maintained a deathly silence even as Masjid al Aqsa is under a Zionist siege. Is there any insult that will move these despicable creatures to action?

The Zionist occupiers are gradually tightening their grip on Masjid al Aqsa, the first Qibla of Muslims. They installed metal detectors, now removed under public pressure, before allowing Muslims to enter the holy precinct for prayers. Their nefarious designs, however, give cause for great concern. 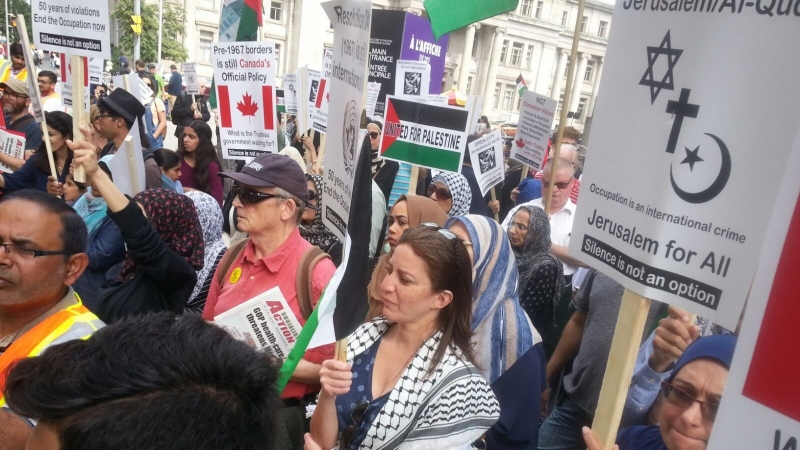 Canadians from all walks of life participated in a rally outside the Israeli consulate in Toronto on Saturday July 29 to condemn the Zionist siege of Masjid al Aqsa. Participants included Muslims, Christians and Jews. Among the latter group there was also a large contingent of rabbis.

Masjid al Aqsa, the first qibla of Muslims, remains under Zionist occupation. Zionist squatters are becoming more aggressive and belligerently encroaching on the noble Sanctuary. It is incumbent on Muslims to highlight this and take urgent steps to redress this. A good starting point is the Quds Day rallies organized worldwide on the last Friday of Ramadan.

Two sacred mosques in Islam—Masjid al Haram in Makkah and Masjid al-Aqsa in al-Quds (Jerusalem)—are under threat. The global Muslim Ummah must take serious note of these challenges and take appropriate steps...

An Iranian NGO has found a novel way to express solidarity with the oppressed and brutalized Palestinian people. A mass Iftar (breaking of fast) was organized at the Aqsa Compound on July 8 by the International Union of Unified Ummah. Despite attempts by the Zionists to prevent Palestinians from entering the Aqsa Compound, the Iftar went ahead and was a huge success.

Zionist threats to Masjid al-Aqsa and the Haram al-Sharif in Jerusalem have intensified as is evident from the frequent storming of the Noble Sanctuary. Heavily armed zionist squatters backed by Israeli soldiers against stormed the Haram al-Sharif today. They have made no secret of their plans to occupy the noble sanctuary. Muslims worldwide must mobilize their resources to prevent such annexation.

The increasing frequency of zionist attacks on Masjid al-Aqsa and the Haram al-Sharif compound is extremely worrying. Muslims must mobilize worldwide to prevent the zionists from implementing their criminal agenda. Masjid al Aqsa, shown in the picture, should not be confused with the golden Dome of the Rock that is also located on Haram al-Sharif. 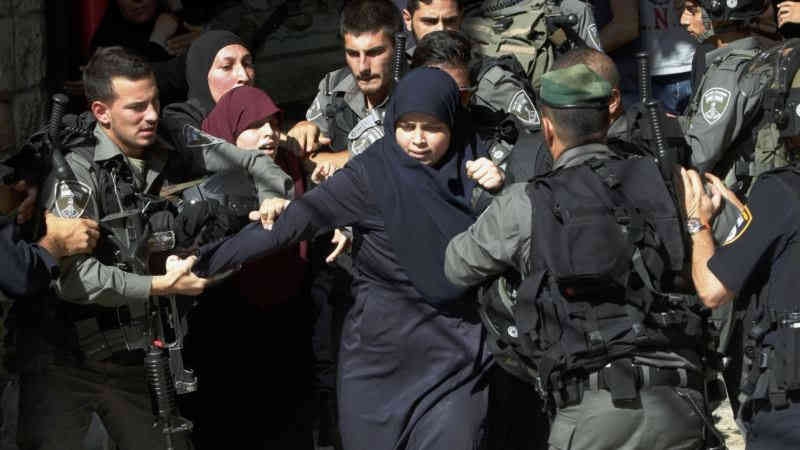 The achievement of the al-Aqsa Intifada: an answer to those who call it a mistake

As the al-Aqsa Intifada in Palestine enters its fifth year, debate has been renewed about the Oslo Accord and its subsequent negotiations that eventually failed in Camp David-2 and in Taba (Egypt) in 2000...

An unholy alliance of Christian and Jewish fundamentalist terrorists may bloody the streets of Al-Quds (Jerusalem) far more than anything the Islamic strugglers in Palestine could ever do in their quest to liberate Palestine.