Home / What the Kazakh Uprising Reveals about Central Asian Politics

What the Kazakh Uprising Reveals about Central Asian Politics

When protests erupted in Kazakhstan last month, the Western corporate media immediately gave their own simplistic twist, for the consumption of the masses. As is often the case, these simplified summaries were quickly weaponized and fed conflicting and often inconsistent narratives by all parties involved.

It is important to note two important principles when trying to understand events in Central Asia realistically.

First, outsiders often view political crises through an external prism while those on the ground view them through an internal lens. Without understanding key internal and external dynamics, an accurate assessment of events becomes difficult.

Second, external actors are rarely able to manufacture events on their own. They usually allow internal frictions to bubble organically, to camouflage their participation and manipulate the wave of mass unrest to achieve their own geo-political objectives.

These two principles apply to all current events, especially in the age of information overload.

On the internal front, most media outlets presented the unrest as a power struggle between the elite placed in power by Kazakhstan’s long ruling corrupt dictator Nursultan Nazarbayev and his appointed successor Kassym-Jomart Tokayev. There is certainly some truth to this, especially considering Tokayev’s veiled criticism of corrupt oligarchical system and his quick arrest of Nazarbayev loyalist, intelligence chief Karim Massimov and the resignation of other Nazarbayev clan members. These, however, were simply reactions to the mass unrest, not a planned policy.

The knee-jerk reactions passed on to mass media consumers as strategized policies came to manifest themselves only when Russian intervention was secured. Thorough observation of statements and media appearances of Kazakh officials in the Russian speaking and regional media at the start of the crisis, made it quite clear that the regime was in disarray.

The illegitimate autocracies which rule Central Asia have a vested interest in trying to portray all mass unrest as either externally-sponsored radicals aiming to destroy the country, or an intra-elite infighting. Usually both narratives are utilized as propaganda tools.

This is done not only to gain legitimacy in utilizing brute force against their own people, but also to dishearten them about their own capabilities. Constantly disseminating news and narratives that masses cannot on their own become vehicles of change and resistance, makes people lose trust in all protest movements whenever they emerge.

While it is true that mass unrest in Kazakhstan started purely due to socio-economic reasons and internal forces tried to use it for their own purposes, the tussle between elites is not the only factor. Those not fully aware of post-Soviet Central Asian countries will not know that Central Asia has a “vibrant” criminal world, whose bosses play a role as sledgehammers for political factions, but at times they also act autonomously.

The crime world of the post-Soviet states is run by its own codex and leadership. While its leadership is often infiltrated by intelligence services, the constantly changing dynamics and participation of unhinged characters in the field make the control mechanism of this underworld by the security forces not always smooth.

There are some indications of this phenomenon during the recent unrest in Kazakhstan. For example, a prominent Kazakh crime boss Arman Jumagildiyev showed up at the protests and attempted to discourage them. In 2005, he and his people were implicated in attacking opposition members in Shimkent. Such action would not be done without a greenlight from the Nazarbayev regime.

During recent protests, Jumagildiyev expressed unfavorable views of exiled Kazakh politicians. Since 2019, he has been making charitable gestures and announcements of political nature of his own, via his widely followed Instagram account.

Specifically, Jumagildiyev’s influence on recent events in Kazakhstan is not significant at all. However, when looked at in the broader context, it points to a reality often missed by those not aware of street power wielded by the criminal underworld in Central Asia.

Overall, since the break-up of the Soviet Union, the only non-state actors in Central Asia able to consistently exercise some street power in the crude sense of this word, is the criminal syndicate. This segment of society is often more influential in Central Asia than many Western-backed NGOs or Western-based exiled community.

Analysis of the macro and micro events in Kazakhstan shows that internally, the events were organic which the ruling elites attempted to use them for their own advantage but failed. This has more to do with the external aspect which will be analyzed next.

The primary factor which directed external reactions and the involvement of Russia in Kazakhstan’s internal events is the sudden and shocking collapse of the regime’s security forces. While demonstrators in Kazakhstan acquired weapons from police stations they overran, this happened several days after the protests had begun. Collapse of the regime’s repressive security forces took place when they were overwhelmed by the large number of protestors, the unwillingness of rank-and-file police force to use violence against their fellow countrymen and the willingness of protestors to risk their lives to subdue the regime’s forces.

Well-informed analysts know that the security forces of all autocratic regimes in Central Asia are quite incompetent. Their primary “experience” lies in being used to suppress civilians. Thus, to a certain degree, the collapse of Kazakhstan’s security forces was not surprising, but the speed with which it occurred surprised everyone, including the region’s main hegemon, Russia.

Moscow’s quick deployment of one of its most combat-experienced brigades to Kazakhstan at the request of Kazakh president signaled the dire circumstances of the regime and Russia’s no-nonsense approach to the strategically important region. Russian deployment exposed certain strong and weak points of the region in terms of geopolitical realities.

Looking at the weaker side of events, they showed that when push comes to shove, Turkey, NATO and China are equally weak in Central Asia. The US could do nothing but observe, expressing surprise. Beijing had to sit back and observe the Russian solution and Turkey was completely confused and irrelevant, which was quite evident in inconsistent declarations of Turkish officials.

Another key factor in the weakness parameters is the exposure of complete lack of legitimacy of the Tokayev regime and its total dependence on Russia. The fact that he had to seek Moscow’s help—quickly and openly—is a major negative point for his regime, which it fully understands.

Russian intervention is never popular in the post-Soviet region which experienced decades of forceful incorporation into the Russian empire and later into the Soviet Union. Thus, it was clearly the last remaining option to prevent the complete collapse of the regime as happened in Kyrgyzstan in 2005.

The strength aspects of events in Kazakhstan all have to do with Russia. Moscow once again demonstrated that it is the undisputed regional hegemon in the post-Soviet region, and has no rivals. Purely from realpolitik perspective, it is a significant gain for Russia for the time being but it also means that through this region, NATO regimes will try to poke Russia geopolitically knowing how sensitive Moscow is to instability there.

Of all autocratic regimes in Central Asia, Kazakhstan was the least likely location to experience what was witnessed in January. If it could happen in Kazakhstan, it is highly likely to occur in Tajikistan, Uzbekistan and even in Turkmenistan. Due to historic realties and the socio-political dynamics, if similar events were to occur in places like Uzbekistan or Tajikistan, they are likely to be much bloodier and more chaotic.

Whatever the circumstances, Kazakhstan’s experience has established a regional precedent for Russian interference. This means that Moscow’s role will only grow. With this, the Kremlin will also be forced to carry the region’s many burdens.

NATO’s political and informational leverages will attempt to frame all negative events in Central Asia in a manner which will make Russia liable. This will have limited impact, as Moscow’s quick deployment to Kazakhstan and even more surprisingly, a quick departure shows that modern-day Russia understands the region’s sensibilities far better that the Soviet Union did.

Russia’s action in Kazakhstan reflect Moscow’s awareness of the limits of its hard power and its willingness to adapt to regional realities. The West, on the other hand, approaches the region and Russia mainly based on the Cold War era policy toolkit.

Essentially, considering that China did not show any objection to the way Russia handled events in Kazakhstan, the prospects of Western regimes increasing their influence in Central Asia in the short to medium term are non-existent.

The protests in Kazakhstan have also shown that the region’s Pan-Turkic narrative, peddled by Ankara with Western encouragement, has no relevance on the ground. Nevertheless, the region’s indigenous population can and will act as political spoilers for all parties involved. There is a generational shift in the region and people have seen examples in Kyrgyzstan where the masses toppled three governments in the past 15 years.

Considering the advanced age of Tajikistan’s autocratic ruler Emomali Rahmonov and the presence of the region’s oldest and most organized Islamic movement there, along with the presence of Russian troops in the country, Tajikistan is a place to watch. Resource rich Central Asia is crucial for the new China-centric economic global order. It is also an important element in NATO’s strategy to disrupt Beijing’s Belt and Road Initiative.

Thus, all indicators point to circumstances where the region will experience some volatility. Will the region’s oppressed indigenous population be able to form its own socio-political leverages? This is the most crucial question worrying all external parties, because regardless of its contours, Islam will be at its core, if it does. 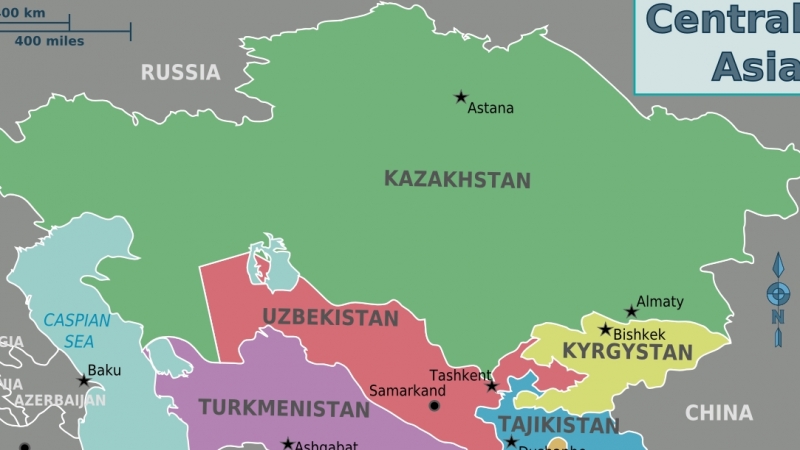 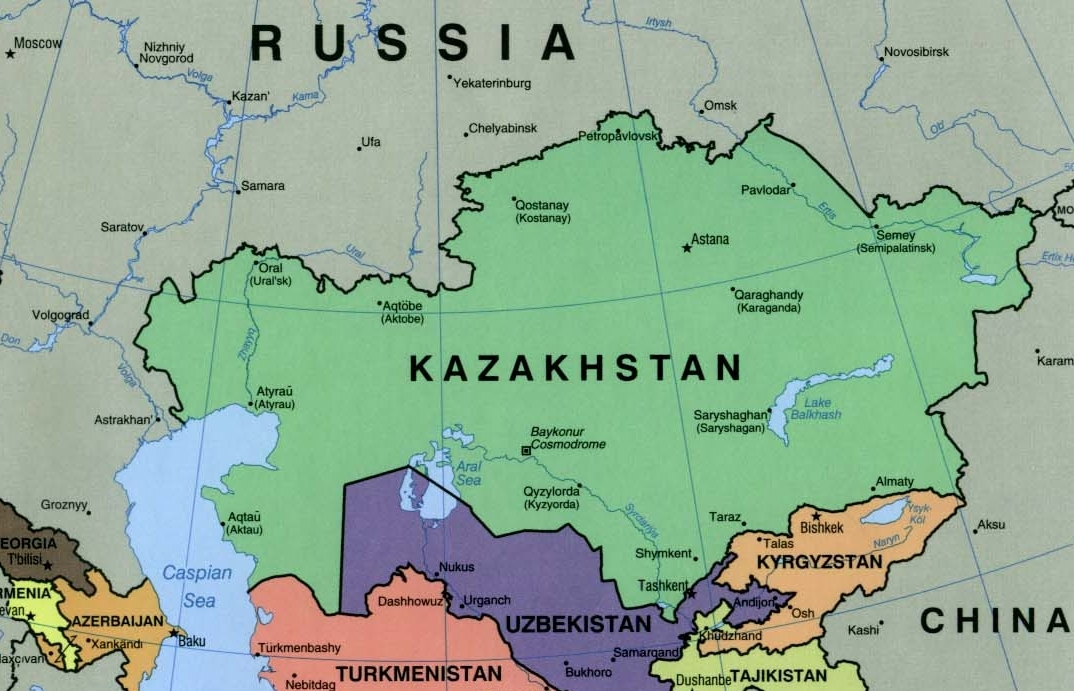 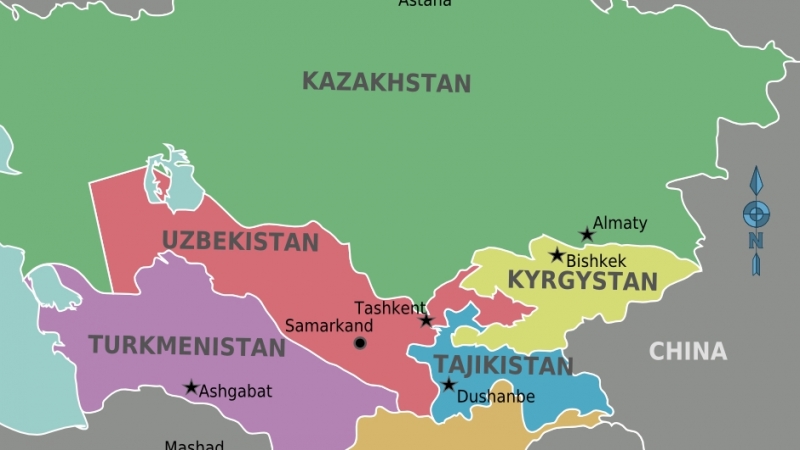 Kyrgyzstan remains a beacon of hope in Central Asia

Analyzing the Politics of Central Asia

Despite the end of communism, the Central Asian republics are still controlled by family-based oligarchtes that continue to rule with an iro...