America’s policy vis-a-vis its declared enemies — real or imagined — is clear: first demonize, and then attack and destroy them. Interestingly, even those who are considered “friends” for a while are not spared. For instance, Saddam Hussein of Iraq was an “ally” for nearly nine years when he fought Islamic Iran. Then the US turned against him and bombed Iraq “back into the Stone Age”. The same fate has been visited upon the hapless Taliban in Afghanistan. If this pattern continues, we may soon see the Americans blasting away the Northern Alliance in Afghanistan and attacking Pakistan (not necessarily in that order).

The Northern Alliance is getting restive about the presence of foreign troops in Afghanistan, while Pakistan’s nuclear capability is viewed with alarm both by the US and Israel and is a potential target. Others named as likely targets include Somalia, Iran, Syria and Korea, although the list does not end there. Even Saudi Arabia may be targeted if the ruling House of Saud is in danger of being overthrown. Then the US occupation of the Haramain would be fully exposed.

There is also another factor at work: zionist influence over US foreign policy. The US’s current belligerent attitude, in which it is behaving like a mad superpower, thrashing about wildly, is the product of zionist prodding and scheming. American officials have made little attempt to conceal their true intent, in effect stating bluntly: “if you get in our way, we will crush you”. The idea is to act so irrationally — as it has done in Afghanistan — that others will not dare oppose US demands for fear of being given the same bitter medicine.

Acting mad has its uses, but also its limits, as Benjamin Schwarz and Christopher Layne have pointed out in a thoughtful essay, “A New Grand Strategy” in the Atlantic Monthly (January 2002). “We need to come to grips with an ironic possibility: that the very preponderance of American power may now make us not more secure but less secure. By the same token, it may actually be possible to achieve more of our ultimate foreign-policy goals by means of a diminished global presence,” they wrote. They also argued that the attacks on September 11 were not irrational acts, but the “direct result” of US power projection in the Middle East and elsewhere.

American unilateralism, as opposed to the multilateralism advocated by “whining liberals,” according to Charles Krauthammer, a Washington-based zionist commentator, is what won the war in Afghanistan (Washington Post, reproduced in the Guardian Weekly, December 20-26, 2001). The US has pursued unilateralism since the end of the second world war, but its more virulent form was first advocated in a draft prepared under the direction of Paul Wolfowitz, currently US undersecretary of defence for policy, after the Gulf War of 1991. But it is not unilateralism per se that is the problem; it is the manner in which US military power is projected, dismissing the concerns of other countries and the rights of millions of people, that has led to the present unstable situation.

Wolfowitz’s 1991 draft (now being implemented to the letter) argued that the US must continue to dominate the international system and thus to “discourage” the “advanced industrial nations from challenging our leadership or... even aspiring to a larger regional or global role.” It must be noted that the draft argued against allowing even America’s friends to aspire to “a larger regional or global role”: so Washington’s real or perceived enemies would naturally have no room in this scheme. To accomplish this Washington must do nothing less than “retain the pre-eminent responsibility for addressing...those wrongs which threaten not only our interests, but those of our allies or friends, or which could seriously unsettle international relations.” The “interests of friends” means protecting the zionist state of Israel not only militarily but also politically, diplomatically and economically. Millions of Americans are poor (by the standards of their own society), but Israel must not be deprived of billions of dollars in handouts every year; more importantly, Israel must be given the military hardware to continue to terrorise and suppress the Palestinians and to dominate the region.

In other words, America must provide its allies with what one of the document’s authors (now a special assistant to the US president on National Security) termed “adult supervision”: the US must not only impose a military protectorate over Europe and East Asia — regions composed of wealthy and technologically sophisticated states — but also safeguard their worldwide interests, so that they need not develop military forces capable of “global power projection.” If this is America’s prescription for its wealthy friends in Europe and East Asia, what can one say about its policy in the Gulf, where its enemies abound? Contrary to popular belief, its presence there is not primarily about oil: only 25 percent of America’s oil needs are met from the Persian Gulf; the bulk of the rest comes from Mexico, Venezuela and the North American continent. Control of Persian Gulf oil gives America power over the economies of Europe, Japan, and China (which is now an emerging superpower). That also explains US policy in Afghanistan, which is based on access to oil from the Caspian Sea and Central Asia. Washington is adamant that it must control access to Caspian Sea oil: the geographic proximity of China or Europe to the source of oil is of no consequence to the US.

Policies formulated by those intoxicated by the heady brew of triumphalism, however, have a tendency to slide into what Paul Kennedy, an American historian, has described as “imperial overreach.” While the US has had a relatively easy time in Afghanistan so far, the nagging problem of Usama bin Ladin’s whereabouts remains. He may still be caught or killed, but the problem of Afghanistan is far from over; nothing can be taken for granted. Afghans are not the most reliable people in the world, as the Russians would readily confirm. Given the current uncertainty in Afghanistan, if the Americans should venture into other lands it may not turn out to be as cost-free (in American lives, at any rate) as it has been so far. Just as the Americans have internalized lessons from their successive wars, so surely will others.

One final question needs to be addressed: why did the Americans go for the military option when the Taliban’s removal could have been achieved without so much bloodshed? This was proposed by the late Abdul-Haq, who, if he had not been caught and executed by the Taliban, would today be the prime minister of Afghanistan. He had proposed bribing the tribal elders to overthrow the Taliban. There were two problems with this: first, it would not have assuaged America’s lust for revenge for September 11; second, but perhaps more important, a peaceful removal of the Taliban would have deprived the US of the opportunity to terrorise others into submission. Now the US can gloat in its triumphalism until the next disaster strikes, which may happen soon. People and countries have a tendency to find ways of dealing with bullies; the US may well prove to be no exception to this rule.

There can never be peace in a world if it is dominated by a single superpower as was the case until recently.

Long-time Crescent International reader points to the mountains of debt the US, and therefore, the American people, are being crushed under.... 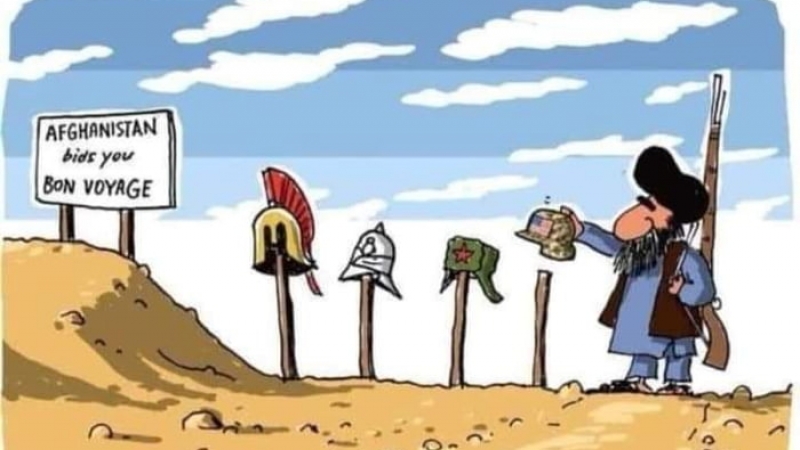 One of the best-informed Western journalists and authors, Eric Margolis gives his analysis of the situation in Afghanistan. Unlike many othe... 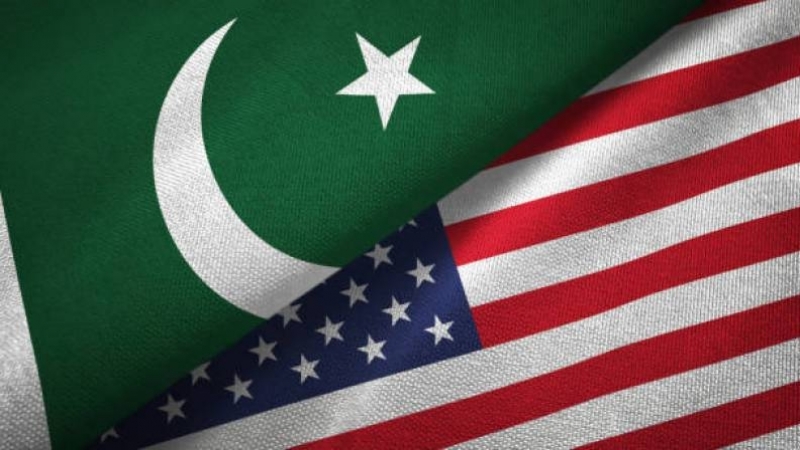 America’s Agents in Pakistan Upset over Base Refusal

America has an army of paid agents in Pakistan. These people cannot imagine life without American patronage and approval. They want every Pa...