Home / NATO wants to use Turkey as a pawn against China

NATO wants to use Turkey as a pawn against China

NATO is involved in a sinister plan to use Turkey against China. Will Ankara take the bait?

During the Cold War the US and Soviet Union used half-truth nationalist narratives to pull countries into their camp and use them as proxies and leverage against the other.

These half-truth narratives ranged from communism’s “compatibility” with some aspects of Islam, to how capitalism is more compatible with Islam due to communism’s atheist foundations.

It seems a similar narrative involving Turkey is being revived due to Washington’s standoff with China.

In a comprehensive analysis published in Settimana News, Francesco Sisci, an Italian sinologist with ties to the Italian state bureaucracy who lives and works in Beijing, looks at potential geopolitical points of contention between China and Turkey.

Sisci writes that Turkey “claims to represent tens of millions of Turkic people spread around Asia. It claims the legacy of the Muslim caliphate and the historic victory over the Byzantines in 1453. And it is a global superpower that could play a major role in the fight that just started against China… the appeal of the Uighur cause could be very strong in Central Asia, especially if backed by the Turkic legacy and an American drive. Turkic people in Central Asia are extremely divided and at odds with one another because of ancestral tribal feuds and new frictions between their newly established states. Yet they all look to Istanbul as their cultural cradle. In all this, the return of Hagia Sophia, the massive monument in Istanbul, as a mosque is a symbol of the cultural if not religious restoration of the Turkish caliphate, and a call to the ancient glory when Turkic people ruled all over Central Asia… Turkey’s outreach into Central Asia, right at the heart of one of China’s most controversial issues, could become very important if it manages to mobilize and unite modern Turkic populations of Central Asia in an anti-Beijing stance.”

Sisci’s analysis has a recent precedent.

In 2010, Crescent International pointed out that “until recently Turkey was simply an instrument of NATO policy in the region. It pursued strategic policies designed in Washington that were presented as serving ‘Turkish national interest’ under the label of Pan-Turkism. Therefore, one could not draw a distinction between the US, British, Israeli or Turkish agendas until recently. Turkey was a pawn used by the US against China, Russia and Islamic Iran. Under the concept of Pan-Turkism, NATO aimed to foster separatism within the Turkic people living in Russia, China and Iran. This policy assumed that through Pan-Turkism Russia will be distracted from its involvement in Eastern Europe; China would be diverted from the Taiwan Straits in the Pacific and Iran would scale back its support for the Palestinian cause.”

Sisci’s analysis is not just a broad overview, but it appears to be a European project in the making. Sisci highlights that “then perhaps it’s no surprise that the intelligence services of the US, the United Kingdom and France are now all headed by experts on Turkey, all fluent in Turkish.”

A reinvention of a pan-Turkic project with a sprinkle of Islam directed against China, as a goal of Turkish foreign policy is nothing more than Ankara being used as a pawn against China.

The AKP-led government has already fallen for the grand illusion of becoming the new Ottoman empire on America’s back.

It adopted Washington’s reckless policies on Syria but the plan has backfired and now Ankara must deal with the mess on its borders.

If Turkey ends up once again becoming NATO’s pawn, the blowback might be quite severe.

Nothing demonstrates this reality more clearly than NATO’s inability to topple the Syrian government.

The world has changed and Turkish President Recep Tayyip Erdogan must recognize this or he will face serious problems. 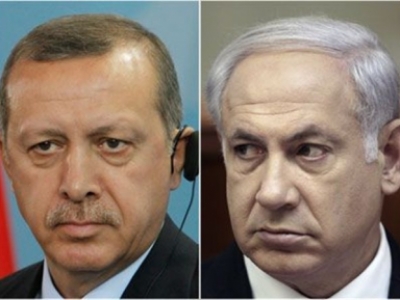 People in Central Asia are beginning to see through Turkey’s plans to promote Pan-Turkism in the region because Ankara is viewed as advanc...

The Other Silk Road

China’s Belt and Road initiative is not the only game in town. There is a road and rail link planned between Iran, Iraq, Syria and Turkey ...

Turkey’s role in Central Asia and the Caucasus

Under the concept of Pan-Turkism, NATO aimed to foster separatism within the Turkic people living in Russia, China and Iran

Islam and the Rise of China

While Muslims can learn from China’s work ethic, they can offer a moral-based value system that would save humanity from total collapse.