Home / Issues Confronting Malaysians As They Head To The Polls

Issues Confronting Malaysians As They Head To The Polls 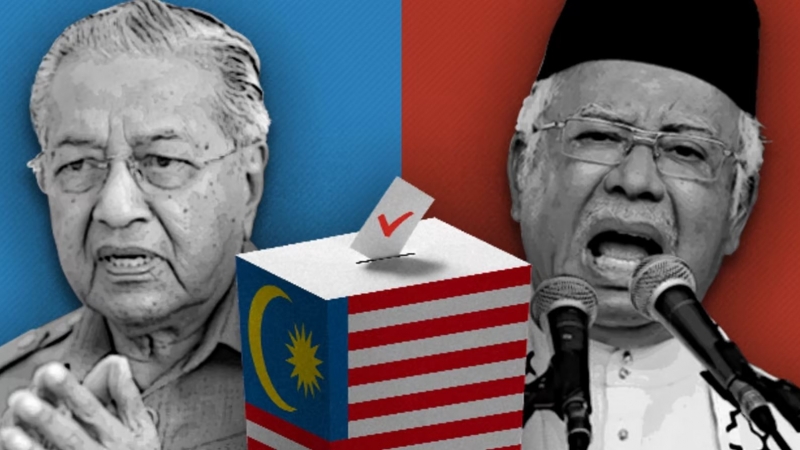 Like a drug, politics is also addictive. There may be cure for drug-addiction but there is none for politics, primarily because the afflicted person lives in denial even after defeat at the polls. He/she believes that their loss was due to the deviousness of their opponents or that the people failed to properly understand their policy platform and what great feats they were going to perform. Another crack at the game is, therefore, considered necessary.

There are plenty of politicians clinging to the notion that only they can solve their country’s problems. Donald Trump hopes to become president of the US again in 2024. With Liz Truss ousted from power after her short stint as British prime minister, there was talk that Boris Johnson, the disgraced former prime minister, would throw his hat into the ring. Mercifully, he decided otherwise because he faces charges of lying to parliament.

The most curious case is that of Mahathir Mohamad, the two-time prime minister of Malaysia. His first uninterrupted term lasted for 22 years (1981-2003) and then he returned to power in 2018 for another two years. He is 97, the oldest politician in the world, but perish the thought if he would give up politics.

Most people at that age would be counting their hours, not days, on earth. While we wish Dr. Mahathir Mohamad a long and healthy life (he spent time in hospital in September after contracting Covid), something that Anwar Ibrahim—the permanent prime minister-in-waiting—would strenuously disagree with, is the good doctor up to the task? And what precisely does he want to achieve?

He has spoken against corruption and his one-time protégé and former prime minister, Najib Razzak is currently cooling his heels in prison for a 12-year sentence on corruption and money laundering charges. It is linked to the multibillion-dollar financial scandal 1MDB. He faces four other trials.

Mahathir has warned that if UMNO is returned to power, the coalition would drop

corruption charges against its members taking corruption to dizzing heights. Does it ring a bell about what is going on in Pakistan today?

Graft and corruption were major reasons why Malaysian voters turfed UMNO out of office in 2018 after it had ruled the country for 61 years. Mahathir, heading a coalition in partnership with his former deputy Anwar came to power in 2018. He had sent Anwar to jail on sodomy charges in 1998 that many people believed were trumped-up. Many years later, Anwar was granted a royal pardon and in 2014, Mahathir no longer the prime minister met and made up with him.

In the run-up to the 2018 elections, Mahathir had promised to hand over power to Anwar after two years. However, he ditched the latter once again at a crucial moment frustrating Anwar’s long-life ambition. He is so upset with Mahathir that he does not want to talk to him anymore.

Elections were not due until 2023, but Ismail Sabri Yaakob who has served as prime minister since August 2021, called for general election on November 19. UMNO, the country’s ruling graft-and corruption-tainted coalition, hopes to strengthen its hold on power. He had taken over from another UMNO stalwart, Mohyuddin Yassin, who had succeeded Mahathir in February 2020.

Herein lies the dilemma for Malaysian voters. Should they vote for the same corruption-ridden UMNO or give another opportunity to the Mahathir-led coalition, Gerakan Tanah Air (GTA) or the Homeland Movement? The third alternative is the Anwar Ibrahim-led coalition, Parti Keadilan Rakyat, known simply as KEADILAN or PKR (People’s Justice Party).

Anwar faces UMNO’s regional chief Aminuddin Md Hanafiah, and Bersatu deputy president, Ahmad Faizal Azumu in the Tambun constituency. Faizal won there in 2018 with a 5,320-vote margin in a three-way contest against BN and PAS.

In addition to the cost of living and corruption, the other issue that has thrust itself into the election campaign is Anwar’s attitude toward Israel. Bersatu has asked him to clarify his stand on Israel after two of the 11 individuals charged with kidnapping a Palestinian IT specialist in Kuala Lumper in September were found to be working for the Israeli Mossad, and were pictured waving the PKR flag earlier.

The picture was posted by Nidarahayu Zainal. It shows her husband Raibafie Amdan attending an event abroad, alongside a PKR banner. PKR says the couple are not members or affiliated with the party. It then offered the excuse that it does not have the means to control the “actions and choices” of every member.

Faizal of Bersatu, however, was not going to drop the issue so easily, sensing Anwar’s vulnerability. He said: “PKR and PH should not remain silent on this important issue involving national security.” Pointing to a more pressing concern, Faizal asked whether there were elements in support of the zionist state within PKR and Pakatan Harapan.

“This brings us back to the big question, what is the actual stance of Anwar and PH towards the zionist Israeli regime?” Faizal asked in a statement. This must be viewed in the context of the 2012 statement by then UMNO Youth chief Khairy Jamaluddin who slammed Anwar in parliament over his statement as opposition leader that he would “support all efforts to protect the security of the state of Israel”. These remarks were published by The Wall Street Journal.

“Does Anwar still maintain that he will support all efforts to defend the security of the zionist state of Israel from any security threats?” asked Faizal pointedly. He said the issue was important because Anwar was a prime ministerial candidate of PH. Most Malaysians are staunch supporters of the Palestinian cause believing it to be just.

As the election date approaches, inflation and economic woes of the people are deepened by concerns over political instability. After all, Malaysia has had three prime ministers in two years. Compare this with Mahathir’s first term of 22 years as prime minister.

Malaysia’s ethnic and religious composition also gives cause for concern although it is not as serious as it made out. The Malay or indigenous people make up 70% of the population with the remaining made up of Chinese and Indians. Malaysia has to tread carefully between China and America.

Irrespective of who becomes the prime minister, these issues are not going to be resolved soon. 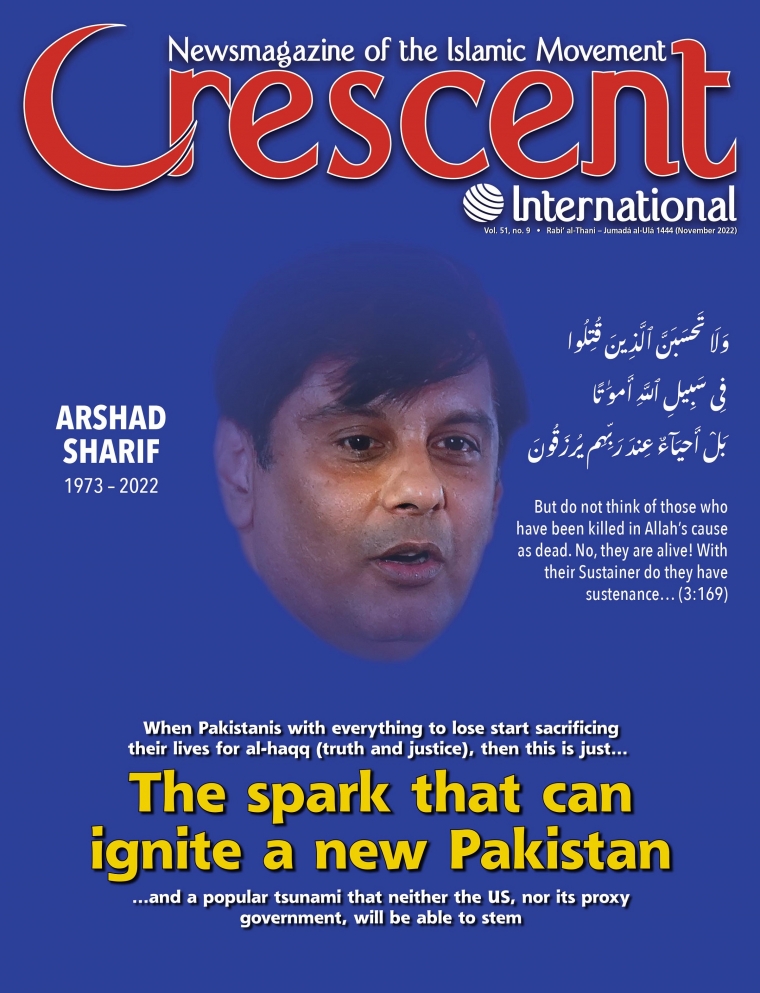 It is true that Malaysia enjoyed a certain reputation among Muslims of the world as a ‘good’ Muslim country. It is not that they were im... 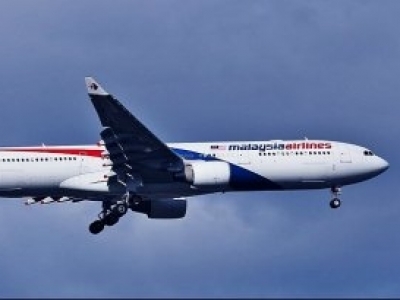 The mystery of Malaysia’s Flight MH370

There is something really curious about the missing Malaysia Airlines Flight MH370. How can a huge plane like Boeing 777-200 simply disappea... 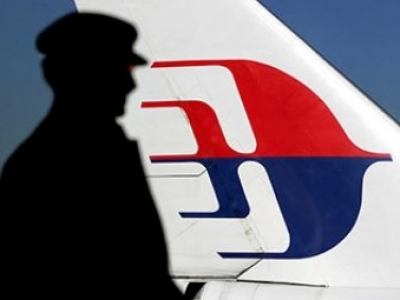 Flight MH370 riddle: How can a passenger plane go missing in the age of universal surveillance?

A Russian writer offers some interesting analysis on the missing Malaysia Airlines plane. 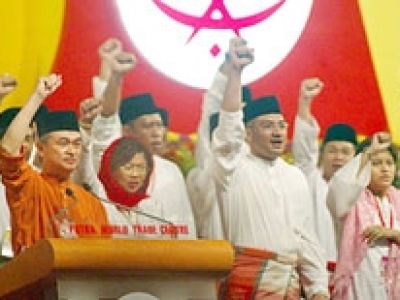 Malaysia’s United Malay National Organisation (UMNO) held its general assembly last month. It was the first such gathering for the ruling...