Home / Factors behind the Palestinian challenge to Yasser Arafat

Factors behind the Palestinian challenge to Yasser Arafat

The state of insecurity and political conflict that occurred in the Ghazzah Strip last July is regarded by most observers as a dangerous development in the Palestinian situation, and as a threat to the international and regional status of the Palestinian cause. Certainly the protest that unfolded to express opposition to President Arafat was not merely a reaction against his appointment of some security commanders, nor against the years-old corruption infesting the Palestinian Authority (PA)

The leader against Arafat is Colonel Muhammad Dahlan, a protégé of Arafat, former commander of the Preventive Security (PS) apparatus in the Ghazzah Strip, and a former member of Mahmoud Abbas's cabinet. Probably Dahlan's move was sanctioned by Abbas (the former prime minister) and coordinated with other commanders of the PS who are still loyal to Abbas.

It is possible that the protest was part of a series of moves that have targeted Arafat. It is also safe to say that Arafat has gone through the most difficult ordeal of his political career, and that he still faces a challenge that may end his authority and cast shadows on the future of the Palestinian cause. The question is, why have these unprecedented moves against Arafat taken place? Why now? Who are the forces that encouraged the anti-Arafat moves, and what are their motives?

Muhammad Dahlan is a unique phenomenon that was almost completely created by Arafat. As a young activist in Arafat's faction (Fatah), he began to be known during the first Palestinian intifada (uprising) in the late 1980s. After the Oslo Accord, Dahlan surpassed several senior Fatah leaders and most of his peers when Arafat made him the commander of the Preventative Security apparatus.

During the next few years, using the great influence of his security apparatus, his relationship with the Israelis (especially after his campaign against the Islamists), his American ties and his internal alliances, Dahlan managed to assert his status within Fatah's second-tier leadership, which is just below the Central Committee (CC) of the movement. However, the continuous weakening of the CC by the ambitions of Arafat and Dahlan induced him to challenge the CC; he even utilized some CC members in his attempted coup d'etat.

Dahlan never hid his opposition to Arafat's line in the failed Camp David negotiations in 2000. Probably the failure of those negotiations triggered the split between them, and caused Dahlan's prominence in the eyes of American officials. Later Dahlan expressed his opposition to Arafat's support for the al-Aqsa Intifada; then, he found it better for his status to resign his post, especially after Israel invaded the West Bank in the spring of 2002. But his resignation did not in any way curtail his influence in the PS, nor cut his channels to his boss.

So the measures taken lately by Dahlan, such as threatening and kidnapping Arafat's protégés in the security forces, demonstrating against him, attempting to take over Fatah's organization in the Ghazzah Strip, inducing the Fatah rank and file in the West Bank to challenge Arafat's leadership, comprise a remarkable development in the relationship between the two men.

In the Ghazzah Strip there was an increasing feeling that a moment of resolution is eminent and that Ariel Sharon, Israel's prime minister, is serious about his plan to withdraw from there; so whoever he wants to take over responsibility for security and political decisions in the Strip has to be prepared now. The issue was never limited to the corruption of Arafat's protégés in the security apparatus. No doubt they really are corrupt, but Dahlan's camp is no less so. The challenge for Dahlan was to enhance his power, influence and reach while awaiting the Israeli withdrawal. Dahlan does not move alone, however; he is a member of the political class in the West Bank and Ghazzah Strip, and this class had been divided since the eruption of the intifada.

There is a camp in Palestinian politics that does not think conditions are ripe for the Palestinians to realize the promises of the Oslo Accords or, at least, the Palestinian interpretation of the Accord, which was the ultimate aim of the secular Palestinian political class. This camp believes that Palestinians have to have more patience and make even more sacrifices, and not rush until the "conflict conditions" clear up and regional and international conditions become more conducive to "peace". At the head of this camp is Yasser Arafat and his several protégés, who have little or nothing to do with their people's sacrifices and struggle.

Another camp is comprised of Mahmoud Abbas, Yassir Abdrabbuh, Nabeel Amr, Dahlan and their like. They do not necessarily constitute a formal coalition, but they agree that the only way out now is to cooperate with the US, halt the intifada, suppress the Islamic resistance, and accept what little Israel offers. It is an over-simplification to address the issue in terms of treason or ethical standards, as both camps have both corrupt and honorable men, as well as opportunists and the highly scrupulous and responsible. Recent events in the Ghazzah Strip, in a way, are expressions of this divide.

Arafat has lately exasperated some of his main patrons. In Cairo and other capitals, there is an increasing sense of frustration with him. In one way or another, Sharon has managed to sell his Ghazzah Strip withdrawal plan to the Europeans and Egyptians. So Cairo earlier showed unexpected enthusiasm for a role in the Ghazzah Strip that was initially perceived as political and security oriented.

In order to secure the Israeli plan to withdraw from the Ghazzah Strip, Arafat had to take some steps that he was reluctant to take because they are not consistent with his usual style of leadership. Such steps include unifying the security apparatuses, replacing some security commanders, and displaying more seriousness in dealing with the security issue. But Arafat was more alarmed still when he was asked to give up many of his constitutional powers to his prime minister, including leadership of the security apparatuses, and to accept a more symbolic and ceremonial role.

Throughout the weeks that preceded the divisive events in the Ghazzah Strip, Arafat was steadfast in resisting the pressures put on him from Cairo and some EU capitals. He neither restructured the security apparatuses, nor showed any sign of giving up his powers, nor accepted a symbolic role. This split between Arafat on the one hand and Cairo and the EU on the other induced Terry Larsen, the UN envoy, to present a report that included a frank and sharp criticism of Arafat. This moved Dahlan to make his anti-Arafat move in the Ghazzah Strip. There were some signs of American-European-Arab moves to reappoint Mahmoud Abbas as Palestinian prime minister.

Obviously Arafat is an old man, and despite his increased popularity among the Palestinians since the failure of the Camp David talks, the impatience of the Palestinians with the corruption of his protégés and courtiers has reached its peak. However, resentment against corrupt practices does not necessarily mean that the Palestinians are willing to replace one type of corruption with another, or to replace the Oslo Accord promises with kowtowing to Sharon and dividing what is left of the West Bank and Ghazzah Strip among Israeli settlements and security zones.

The intifada is one factor that forced Sharon to propose his plan to withdraw from the Ghazzah Strip. Why should Ghazzah be handed over to those who have disparaged the intifada since its earliest days? Furthermore, Arafat's trouble with his people is not related to the way he deals with the US and Israel, which in turn is the main reason for the conflict between Arafat and his detractors within the Fatah movement. The division of the leadership of the PA (Palestinian Authority) has no analogue on the Palestinian street, but is an internal phenomenon of the PA. The Palestinians are largely indifferent to the pretences of Arafat's loyalists and adversaries. It is also important that Cairo's earlier enthusiasm for Sharon's withdrawal-plan and for an active role in the Ghazzah Strip –which was behind the split between Arafat and the Egyptian leadership– has subsided.

As expected earlier, Cairo's major hurdle is Sharon, not Yasser Arafat. That is, Sharon is not willing to facilitate any respectable Egyptian role in Palestine, nor to agree to Cairo's conditions for its assuming any security or organizational role in the Ghazzah Strip.

The challenge that Arafat faces today is more serious than the one he faced in the Biqa‘ valley and Tripoli (Lebanon) in 1983. That revolt was limited to a small splinter-group of military officers, who controlled few positions in the political and military organization of Fatah in Lebanon. The faction failed to gain significant support from Palestinians outside Lebanon, or to obtain any significant international recognition. Today, however, Arafat faces a challenge that is gaining momentum within his own power-base, as well as in the West Bank and Ghazzah Strip, after he himself marginalised Fatah and the Palestinian diaspora elsewhere.

The anti-Arafat move received visible support from the EU, US and Israel. Some of Arafat's adversaries intend to push the coup to its end, which may lead to prolonged and costly strife between Palestinians. Should these adversaries succeed, it will be the beginning of the separation of the fate of the West Bank from that of the Ghazzah Strip, which may result in the Strip returning to indirect Egyptian supervision and divide the West Bank between Israeli dominance and Jordanian influence.

Yet it is well-established that Arafat is not an easy nut to crack. Should he manage to mobilize his supporters within Fatah and his people's support without, and to get other Palestinian forces to rally around him, he may well survive. His main support will come when the fate awaiting the Palestinians under his adversaries' leadership becomes clear. Regardless of his success or otherwise in dealing with these challenges, Arafat's leadership will never be the same; he will have to make substantial concessions to both his adversaries and his allies. It is a tragedy that the fragility of the Palestinian political class, which has long been a source of concern for the Palestinian cause, is again a source of difficulty. Despite the Palestinian people's many great sacrifices and achievements, this fragility squanders their achievements and turns victories into defeats.

Arafat survives another challenge in Palestine

Yasser Arafat survived the latest, and perhaps greatest, challenge to his authority in Ghazzah last month, when Palestinian prime minister A...

Possible scenarios for Palestine after Arafat

In his speech on June 24, which purported to chart a policy for the Middle East, US president George W Bush left no doubt that he wanted to ...

The Palestinian struggle: from nationalism to Islamic movement and intifada 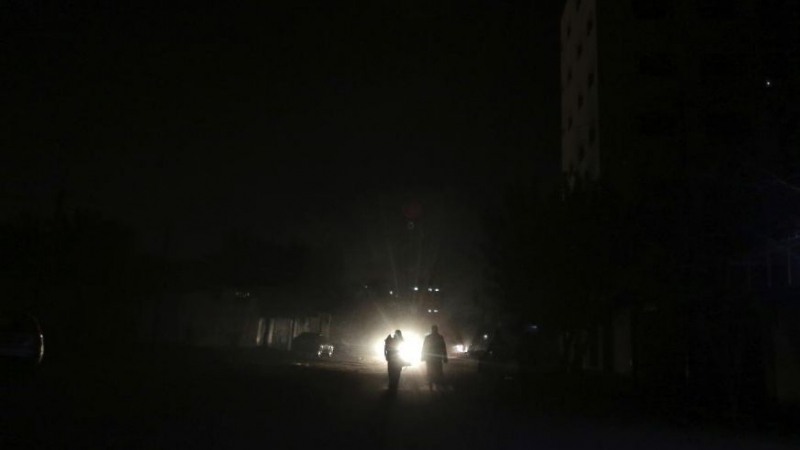 The besieged enclave of Gaza has been plunged into darkness as a result of Israel’s cutting off electricity to the two million people bott...