The slave/master relationship could not be clearer. The Saudi supplicant, Muhammad bin Salman is visiting the US (March 19–April 9) to seek Donald Trump’s permission and blessing to ascend the Saudi throne. The White House occupant had no problem granting such approval; after all, he had already called Bin Salman (BS) his “boy” in Riyadh. The latter will do anything to ingratiate himself to his white master. It is the old story of the “house slave.” The late al-Haj Malik Shabaz (aka Malcolm X) had used much harsher language but we will refrain from repeating it here.

There was also another reason for BS’ US visit — and two weeks earlier his trips to Britain and France. This had to do with the internal situation in the medieval kingdom. Rubbing shoulders with world leaders confers importance on tinpot dictators that have no standing among their own people. Bin Sal-man, however, was not doing anything extraordinary. This is the habit of all puppets. Legitimacy is conferred by their masters abroad, hence the trips.

In Britain, Saudi Arabia’s de facto ruler was welcomed even by the Queen and given a royal dinner. Ordinarily, the arrogant British would sneer at the desert dwellers but in Bin Salman’s case, Britain is keen to strike more arms deals as well as hope to persuade him to float Aramco’s shares on the London Stock Exchange. Bin Salman dangled Aramco’s Initial Public Offering (IPO) carrot in front of salivating Westerners to get his wishes. He did not have to try very hard: Britain, France, and the US are eager to sell more lethal weapons (including nuclear reactors in the case of the US, to the Saudis. And if the latter uses them against innocent Yemenis or Syrians, so be it. No Western ruler or politician is going to lose sleep over the murder of a few thousand poor Yemenis. After all, these Western regimes have murdered millions of innocent Muslims since 9/11.

Bin Salman’s moves are boringly predictable. Last May, when Trump and his entourage descended on Riyadh, the narcissist from America was showered with praise and gifts. He was even conferred the King ‘Abd al-‘Aziz ibn Sa‘ud medal, the highest civilian award of the medieval kingdom. What had Trump done to deserve the medal? Throughout the election campaign in 2016, he condemned the Saudis as “freeloaders” and hurled other insults at them. Always the gluttons for punishment and used to insults from those they consider superior, the Saudis resorted to the only course they know: stoop even lower.

Trump’s May visit resulted in $110 billion worth of arms contracts, though these have not materialized yet. The Saudis are already the second largest importer of weapons in the world, the bulk of which come from the US. Following Trump’s visit, Bin Salman was elevated to the position of “Crown Prince.” This was the basic purpose Bin Salman wanted to achieve from Trump’s Riyadh trip. With BS’ US visit, the stage is being set for him to ascend the Saudi throne sooner than later. And he told CBS program “60 Minutes” (March 18) that he intends to rule for 50 years unless death intervenes!

Even if he lives, BS may not find it smooth sailing. He has already antagonized too many people at home including the religious establishment, intellectuals, senior members of the “royal” family as well as the merchant class. Some members of the “royal” family were tortured under the guise of fighting corruption; a few were killed. The entire edifice of the medieval kingdom is based on patronage and corruption, so any talk of fighting corruption is just a ruse. In the CBS program “60 Minutes,” BS admitted he is “rich” but refused to divulge his wealth or its sources (shall we hazard a guess: grand larceny?).

While Bin Salman may have Trump’s blessings to become king, there is a lot more going on in the Kingdom. The brash and inexperienced son of the king would have difficulty controlling the situation. The war in Yemen is not going well despite BS firing a number of senior generals — it is their fault, he insists — but facts are stubborn things. As defence minister, it is his call; he started it without reason and must bear responsibility for it. Human Rights Watch has called for his prosecution as a war criminal.

This may come to haunt him. And as for his reliance on Trump, the moron-in-chief is nobody’s friend. The graveyard is full of America’s favorite tyrants and puppets who were ditched when they outlived their usefulness. Why does Bin Salman think he would face a fate any different than the duped others preceding him? 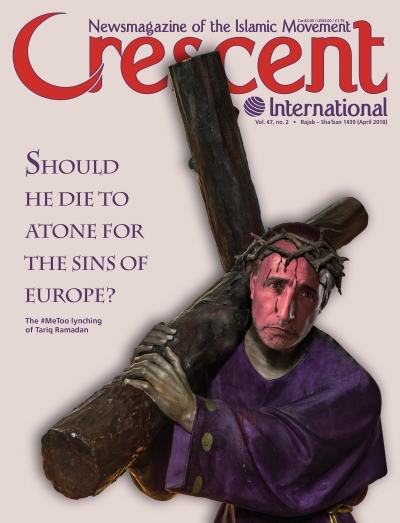 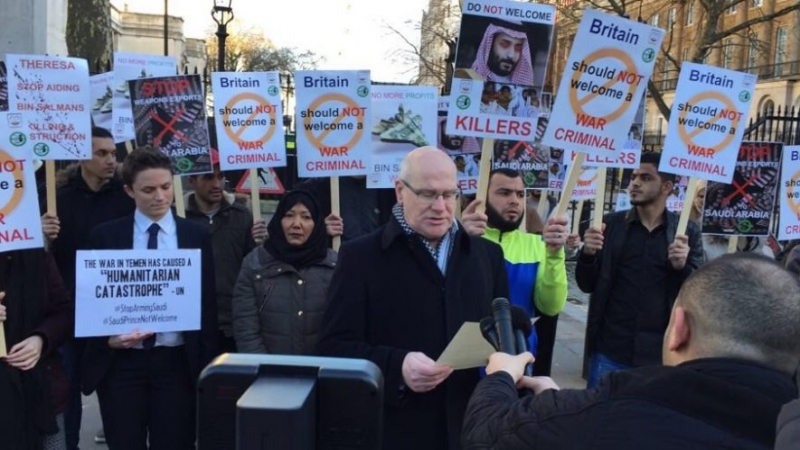 Used only to flattery from sycophants in the medieval kingdom, Saudi Crown Prince Mohammed bin Salman faced widespread protests during his v... 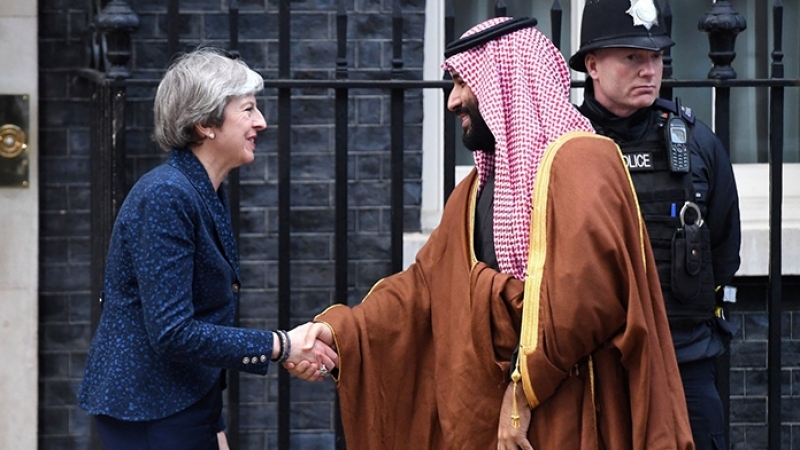 Bin Salman’s US trip is aimed at enticing American businessmen to invest in the bankrupt kingdom. This ignorant man does not realize that ...

Bani Saud at the Edge of a Precipice