Home / Attempts to take down Assad are all about weakening Iran

Attempts to take down Assad are all about weakening Iran 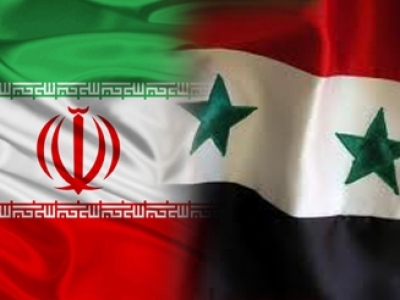 In a reply to Abdul Latif Halimi’s recent article on 5Pillars, Zafar Bangash argues that Muslims need to stop deluding themselves and realise that the Syrian conflict is nothing more than an imperial war to take down the Resistance Axis.

While decrying Muslims’ reliance on “ill-informed” or “biased” sources vis-à-vis the war on Syria, Abdul Latif-Halimi urges them to build their own think-tanks and do more “lobbying” (presumably of Western governments and media).

He also tells us that Bashar al-Assad has only 12% core constituency. One wonders what his source is?

More troubling, he implies that Muslims need to continue relying on the same bunch of criminals – the US, Saudi Arabia, Qatar and Turkey – to rescue the people of Syria by overthrowing Assad.

But these malign forces have been the primary source of instability and mayhem in Syria and the broader Middle East region for decades.

Allah warns the committed Muslims in the noble Qur’an:

“O you who are firmly committed to Allah (the covenant-bearing Muslims)! Do not take the political Jews (Zionists) and political Christians (imperialists) as your masters; they are allies of one another; and whoever amongst you takes them for a master, then he is one of them; surely Allah does not guide the unjust people” (5:51).

The opposite is equally true: Christians and Jews would never accept Muslims dictating to them. Have we no independence and pride?

There is no secret about who is supporting the so-called “rebels”. From day one they have publicly called upon the imperialist powers and their regional proxies to attack Syria (by imposing a no-fly zone) so that they can come to power in a repeat of the Libya regime change operation.

And look how well that ended.

Prophetic history offers important lessons for Muslims. Moments before the Treaty of Hudaybiyah was formally signed, Abu Jundal (ra), a Muslim held captive in Makkah, managed to escape and arrived in Hudaybiyah. He showed visible signs of torture. But under the terms of the treaty, the Prophet (pbuh) handed him back to the Makkan torturers.

The objective was to save the wider Islamic “project” emerging in Madinah. In other words to see the bigger picture, something that short-sighted Muslims obsessed with their paranoid conspiracy theories about “Iranian expansionism” are lacking nowadays.

No wonder the Muslim world is on its knees with this level of schoolboy geo-political analysis!

The same applies to Islamic Iran and Hezbollah. By supporting the Syrian state they are maintaining a base on the borders of occupied Palestine to confront Zionism.

Like them or not, the reality is that Iran and Hezbollah are the most effective Islamic models that resist imperialism and Zionism. They have actually fought Israel – directly and indirectly – and have expended much blood and treasure in doing so.

The Syrian rebels, on the other hand, haven’t lifted a finger in support of Palestine and maybe when they do they will have the right to talk about it.

Syria is also the only Arab state with a defence treaty with Iran that has facilitated help to Hezbollah to confront the Zionist occupiers of Palestine. So why should Iran violate this treaty with the side that has kept its part of the bargain? Islam forbids this.

Those that disagree, go ahead, create an alternative to Hezbollah to expel the Zionists as Hezbollah did in Lebanon; like Iran provided the means for Sunni Bosnians and continues to do so for Sunni Palestinians to exercise self-defense when facing aggression.

But the truth is that while Israel laughs at the non-existent threat posed by the takfiris and their supporters, it genuinely fears the threat of powerful Iran and Hezbollah.

Anyone who believes the Syrian government has 12% core support and is about to collapse lives in a CNN/BBC/Al Jazeera created bubble. If this were true, it would have collapsed long ago.

British journalist Robert Fisk has interviewed many Sunni, Druze, Shia and Christian military personnel in Syria over the past year confirming their support for Assad.

In 2012, prominent Arab journalist Jihad El-Khazen (former editor of Saudi owned Al-Hayat and Asharq Alawsat, the two largest Arab newspapers) wrote “the President [Assad] had the support of a clear majority of his people: all minorities are on his side, along with a majority of Sunnis.”

In June 2014, Bashar al-Assad won the presidential election hands down.

An estimated one million Syrian refugees that had fled to Lebanon allegedly because of Syrian army attacks came out in droves to vote for Assad – to the embarrassment of Al Jazeera TV station which loves to pretend that the “Syrian people” all hate Assad.

Even the BBC could not deny this fact. The Canadian government did not even allow Syrians to cast ballot!

Moreover, while Halimi points out Assad’s frailties, he completely neglects to mention those of the imperialist-Zionist-backed rebels who are busy fighting among themselves a lot of the time.

1) In 2014 it took one year for the takfiri terrorists (ISIS) to capture Tabqa airbase which was under siege for over a year within territory almost completely under their control.

2) Last month, another terrorist group, the Al Nusra Front captured Abu Alduhur, a Syrian military airbase in Idlib region after besieging it for nearly two years in an area dominated by NATO’s proxy forces since 2011.

These two takfiri groups are supposedly the “best” fighters against Syria and would be the first to benefit should Assad fall.

In fact, the war has come down to a straight choice between him and them? So if you want the rebels to win you know who you’ll get – the liberal human rights activists of ISIS and al Qaeda.

All of this “spectacular” blitzkrieg to capture military bases (we are not talking about cities) is taking place with open logistical, financial and military support from NATO states, the GCC and the Zionist entity.

It also shows Syrian army dedication – instead of surrendering a military base they choose to resist under siege for over a year.

The primary objective of the war on Syria is to cut Iran’s presence on the borders with Palestine and destroy the logistical base for Hezbollah, Hamas and Islamic Jihad that Syria used to be.

Unlike the US, Russia does not appear interested in dominating the Middle East. Its strategic long-term goal is to gain leverage over Western powers and use it as a negotiating tool to strengthen its own position to deter Western interference in the territories of the former Soviet Union.

Vladmir Putin has vowed to stand by Syria

Dmitri Trenin articulated as early as 2009 in the Washington Quarterly the most accurate Western assessment of contemporary Russia within the current global power pyramid.

He wrote: “Russia was not to be integrated into the core West, but managed by it… Putin aimed at integration with it [West]. Unlike [Boris] Yeltsin, Putin put a price on his country’s cooperation with the United States. Washington would have to recognize Moscow’s primacy in the CIS [Commonwealth of Independent States].”

There are also thousands of Russian citizens of north Caucasian ethnicity fighting to implement the NATO project in The Levant.

Russia is taking preemptive steps before the takfiri virus reaches the north Caucasus on a larger scale.

Assad will not fall

Since 2011 there have been predictions of the imminent collapse of the Syrian government. These continue to be repeated today by an army of wishful thinkers, sectarian nutcases and the deluded.

But the Syrian conflict has little to do with Bashar al-Assad or human rights. NATO supports regimes far worse than the one in Syria (ever heard of Saudi Arabia or Zionist Israel?).

The primary objective of the war on Syria is to cut Iran’s presence on the borders with Palestine and destroy the logistical base for Hezbollah, Hamas and Islamic Jihad that Syria used to be.

This grouping is the only real military and political force that poses any threat to the Zionist entity while the Syrian rebels (with their fanatical sectarian mindset and lack of capacity to build anything worthwhile) never will.

NATO thought this would be easy, but they have badly miscalculated. Iran’s actions at the political level, the P5+1 deal and its principled role in Yemen and Syria show that Tehran is not going to surrender to the imperialist project, no matter how much the West and the takfiris condemn and insult it.

Muslims must stop formulating their views on events within the framework peddled by NATO through the corporate media – whether they realise it or not.

It is time to think outside the neo-colonial box and analyze contemporary events within the Islamic philosophical and legal framework.

The war on Syria is all about the imperialist project in defence of the Zionist State. Lobbying the imperialists – directly or indirectly – to solve Muslim problems shows how shallow such thinking is.

Zafar Bangash is a Sunni Muslim Scholar, the director of the Institute of Contemporary Islamic Thought and Editor-in-Chief of pro-Iran Crescent International magazine.

The roots of the Da‘ish terrorists (aka ISIS/ISIL or takfiris) can be traced all the way to the American Zionist neo-cons’ agenda to sec...

Islamic resistance movements operate under very difficult conditions but they must be careful about who they choose as “friends”. Hamas ... 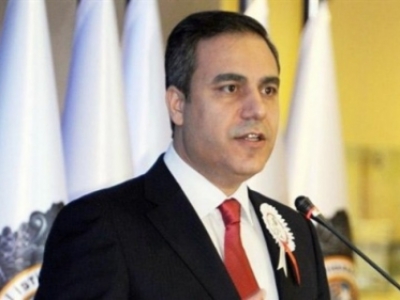 The Zionists are furious; their agents in Iran were arrested and they blaming the Turkish intelligence chief who refuses to toe the US or Zi...

The unimaginable hypocrisy of the US’s claims to oppose terrorism

The United States regime, never shy about showing its zionist colors, has come out swinging again; this time, its target is the Islamic Revo...