As Israel is about to formalize its de-facto occupation of more Palestinian land in the West Bank, the Zionist entity’s principal Arabian ally, Abdel Fattah al-Sisi has declared that his primary concern is not Palestine, but further escalation of war among Muslims in Libya.

While most analysts dismiss al-Sisi’s declaration of Egypt’s direct military intervention as a public relations stunt, the Pharaonic regime on the Nile is likely to intesify its existing interference in Libya’s internal affairs.

There are several internal and external considerations that appeal to al-Sisi.

Internally, Egypt’s autocratic ruler assumes that increased interference in Libya will help divert people’s attention away from his incompetence.

The military dictator believes that by resorting to the theatrics of “patriotism”, the masses can be distracted from their struggle against his regime, even if temporarily.

Al-Sisi’s external calculations are not based on geopolitics or ideology; rather, they are based on entirely selfish financial interests.

The Egyptian dictator hopes to milk the Saudis and Emiratis for more cash by presenting his interference in Libya as defending their ‘interests’.

He has always been open about using the Persian Gulf regimes as cash cows.

In 2015, independent experts confirmed an audio recording during which al-Sisi mockingly talked about his plans to extract billions from US potentates in occupied Arabian Peninsula.

After the Saudis and Emiratis suffered a humiliating defeat in Syria, Yemen and Lebanon, they are likely to invest cash in the Libyan adventure. They view it as an easier target than their earlier misadventures.

However, they are underestimating Turkey’s commitment to eliminate Khalifa Hiftar in Libya, as Ankara is ideologically and geopolitically committed to expanding its role in North Africa.

It is not rocket science to understand that even if Turkish and Egyptian armies engage in limited military confrontation in Libya, the Egyptian army whose primary “accomplishment” over the past 50 years has been to oppress its own people, does not stand a chance.

Geopolitical cards in Libya are also stacked against the despotic trio: Egypt, the UAE and Saudi Arabia.

Turkey has far more popular internal support in North Africa than the despotic trio has in their own countries.

Thus, Ankara can easily destabilize Egypt from within using its Ikhwani contacts.

Another geopolitical variable is what the prominent Palestinian journalist and media consultant Laith Marouf recently pointed out.

He said it may be that Iran, Russia and Syria are deliberately diverting Ankara’s attention to Libya.

It will force Turkey to take on the Saudis, Emiratis and Egyptians in Libya and thus force Ankara to abandon its illegitimate interference in Syria.

It will also undermine the Saudis’ involvement in Yemen.

With US-Israeli backing, al-Sisi is likely to increase his involvement in Libya in order to promote another internal war in another Muslim country.

However, al-Sisi’s calculations seem to be shortsighted and will face many obstacles.

Such policies have seldom been successful.

Since the brutal lynching of Muammar Qaddafi in October 2011, Libya has not witnessed any peace. Now the Western regimes that created the ma...

Turkey’s Involvement in Libya to Serve As Game-Changer!

Turkey has come to the aid of the internationally-recognized government of Libya. It has also announced plans to explore gas in the Eastern ... 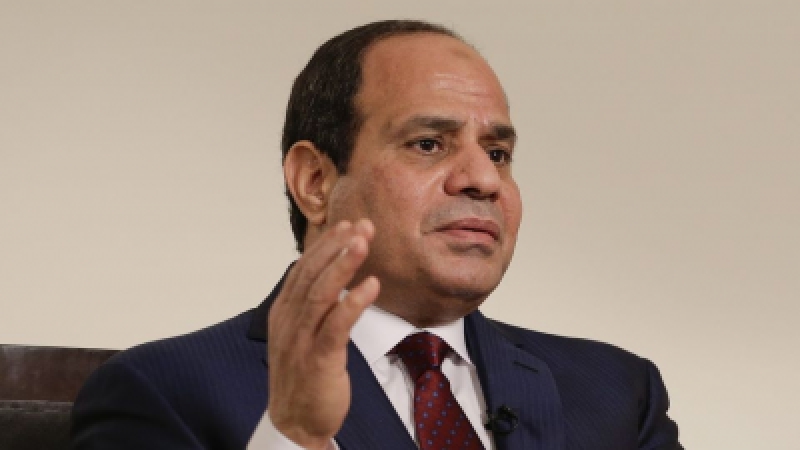 Egyptian elections fit for a dictator

The ballot papers were all printed and arranged in neat piles in each polling station. The ballot boxes duly locked were also delivered to t...

Elections are popular with dictators because they can get the results they want but they can also throw up surprises. This is what has just ...