Will Geneva-3 prove lucky and an interirm deal would be signed with Iran over its nuclear program? The last round of talks in Geneva (November 6-9) was sabotaged at the last minute by the French at the behest of the zionists. This time, hopes have been aroused by the arrival of foreign ministers of all six countries in Geneva after two days of talks between Iran's Foreign Minister and the EU foreign policy chief.

Russian Foreign Minister Sergei Lavrov was the first to arrive in Geneva on Friday afternoon when it became clear that a deal with Iran over its nuclear program may be near. A few hours later, the US State Department spokeswoman Jan Peski announced that Secretary of State John Kerry was also heading to Geneva to join the talks.

Iran’s Foreign Minister Javad Zarif has held several rounds of talks with European Union Foreign Policy Advisor, Catherine Ashton following which talks were extended for another day till Saturday. Zarif made clear that enrichment of uranium on Iranian soil was a red line for Iran and there would be no deal unless this was explicitly recognized.

An unnamed western diplomat was quoted by Iran’s Press TV as saying that western powers had recognized Iran’s right to enrich uranium on its soil.

In Geneva, meanwhile, after the final round of talks between Zarif and Ashton on Friday, Zarif said they were “complicated and tough.” When it was announced that Kerry would head to Geneva, the New York Times (NYT) said it was “a sign that the negotiations are edging close to an agreement.”

Quoting the State Department spokeswoman Jen Psaki, the NYT said, “Mr. Kerry had decided to go after having consulted with Catherine Ashton, the European Union’s top foreign policy official and lead negotiator for the big powers in the talks with Iran.”

She said Kerry’s goal was to “help narrow the differences and move closer to an agreement.” There were hopeful noises from the White House as well where Jay Carney, the spokesman said he hoped an “interim deal” would be possible by tomorrow.

The deal to last for six months is aimed at providing diplomats the opportunity to work out a final agreement. While no official details of the interim deal have been announced, it is believed that it would include Iran capping its enrichment program, allow for intrusive inspections of its nuclear facilities and not expand its operations at the Arak heavy water reactor.

In return, the West and particularly the US would provide some relief from sanctions. The US has announced that such relief would not include lifting sanctions on Iran’s oil or banking sectors but that Iranian assets frozen in the US or payments stuck for its oil sales in other countries would be released.

Naturally, even the hint of a possible deal has the Zionists up in arms. Israeli Prime Minister Benjamin Netanyahu has been screaming hoarse about any deal with Iran. Zionists in the US, taking their lead from rulers in their favourite country, have also jumped into the fray.

A day before there was any hint of real progress, Charles Krauthammer, a rabid Zionist, denounced any agreement with Iran as a “Sucker’s deal,” in the Washington Post (November 21).

Krauthammer thundered from his tin pot: “The only reason Iran has come to the table after a decade of contemptuous stonewalling is that economic sanctions have cut so deeply — its currency has collapsed, inflation is rampant — that the regime fears a threat to its very survival.”

He went on: “Nothing else could move it to negotiate.”

Russian Foreign Minister Sergio Lavrov dismissed such talk as untenable and said this debate should be left to historians. Diplomats should concentrate on negotiations to arrive at a deal.

The arrival of P5+1 foreign ministers including Chinese Foreign Minister Wang Yi who was absent in the earlier round of talks in Geneva on November 7-9, indicates the talks are at a critical stage and needs the input of all foreign ministers to finalize.

There is nothing certain that the deal would be signed. The French sabotaged the last round at the last minute. But given the hopeful signs emerging from Geneva, we may hear about agreement on an interim deal by tomorrow.

We will have to wait and see till tomorrow.

After three rounds of intense negotiations in Geneva, Iran and the P5+1 countries signed an interim deal in the early hours of November 24 r... 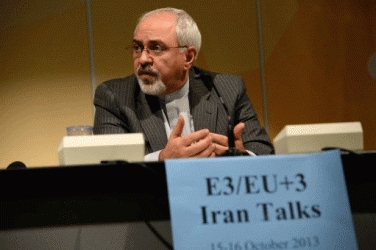 Representatives from the Islamic Republic of Iran and the P5+1 group of countries are to resume discussions in Geneva on November 7. The fol... 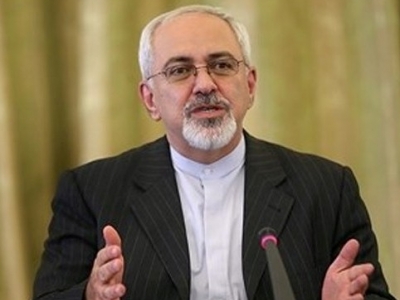 Zarif to P5+1: You want agreement or indulge in coercion?

Iran's Foreign Minister Dr Mohammad Javad Zarif has told his negotiating partners from the P5+1 countries to make up their minds: do they wa...

Whether the deal between the Islamic Republic of Iran and the P5+1 group of coun-tries holds will depend largely on the conduct of the US.