State elections in India have enabled the Hindu Nazis to tighten their grip on the political process in India leading to fears among religious minorities.

Playing on the extreme prejudices of jingoistic Hindus, India’s Nazis, the Bhartiya Janata Party (BJP) scored major victories in state elections last month. Its biggest prize was the state of Uttar Pradesh (UP) with its 206 million people. The BJP grabbed three-fourths of the 403 seats returning it to power in the state assembly after 14 years. And to rub it in, the party appointed a well-known Hindu fascist, Yogi Adi Adityanath as the new chief minister of the state.

Adityanath is notorious anti-Muslim bigot. Yet he is now the chief of minister of a state where Muslims constitute about 20 percent of the population. He also runs an extremist organisation, Hindu Yuva Vahini, which has been accused of instigating anti-Muslim riots, according to The Hindu newspaper of India. During recent elections, he alleged that Muslims were being favored over Hindus who were discriminated against. Adityanath’s other trademark is that he is spearheading a forced conversion drive, called Ghar Wapsi (Home Return), which targets Muslims and Christians. What this means is that Muslims and Christians were originally Hindus and they should reconvert to Hinduism. If not, they must leave India.

During the election campaign, the BJP whose best-known face is Prime Minister Narendra Modi, totally ignored the Muslims of UP. He accused the other parties—the Bahujan Samaj Party (BHP) and the Samajwadi Party-Congress alliance—of ‘pandering’ to Muslims while ignoring the Hindus. That the allegation was completely false did not matter to Modi who rose to power by swimming in the sea of Muslim blood and climbing over their crushed skulls. He presided over the slaughter of Muslims in Gujarat state in 2002 when he was the chief minister. More than 2,000 Muslim men and women were butchered in cold blood and Modi deliberately held the police back from helping the victims. Until 2012, he was barred from entry into the US because of his gory record.

In Caste-ridden India where lower Caste Hindus are discriminated against, they also suffer immense deprivation at the hands of fellow Hindus. Modi and the BJP successfully blamed the Muslims for their plight and vowed to rectify this situation. While it is true that the BJP will intensify its campaign against the already deprived and vilified Muslims, this will not result in alleviating the suffering of lower Caste Hindus. After all, the Caste system is part of Hinduism, not Islam, and lower Caste Hindus especially Dalits have suffered discrimination for thousands of years.

Despite a large Muslim presence in UP, the BJP did not field a single Muslim candidate. It would have gone against its campaign of Muslim vilification and pandering to Hindu chauvinism. Modi and his party clearly do not wish to represent all the people of India, only the hate-filled Hindus. In Modi’s India, there is no place for Muslims or Christians.

Despite such blatant racism, the West continues to welcome Modi with open arms and is feted and dined in Western capitals. For the West, the only thing that matters is money and since India is seen as an emerging market, Western politicians and businessmen close their eyes to Modi’s—and India’s—egregious crimes.

Hindu fascists preparing for implementation of ‘Hindutva’ agenda all over India

Democracy has almost always been a tool of tyranny, oppression and subjugation. The “world’s largest democracy”, India is no exceptio...

While much of the Western world has been extolling the nonexistent virtues of Indian democracy, one aspect hitherto overlooked is the number... 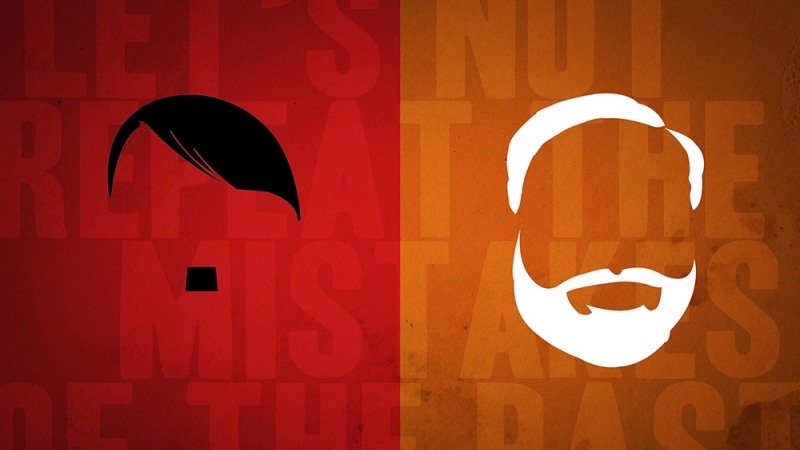 The Threat of Ethno-religious Fascism in India

India has been taken over by ethno-religious fascists where there is no room for religious minorities, especially Muslims. Leading figures o...