Home / Forensic analysis of the Zionist war on Gaza

Forensic analysis of the Zionist war on Gaza 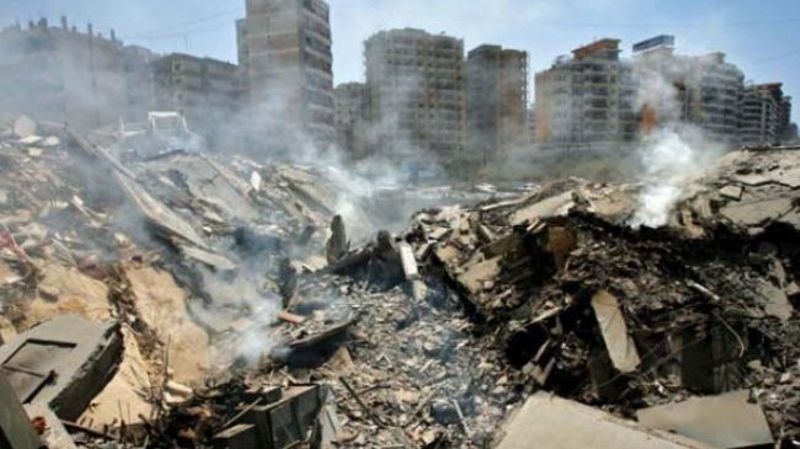 Israel’s 22-day-long brutal military assault on Gaza a year ago had three main components where battle for the future of the Middle East and hence the wider world was taking place. The first was military; this was the most important, followed by media and finally, the socio-political front. The socio-political and media aspects of the war have been widely covered since the end of the invasion. Here we will attempt an analysis of the military side of the conflict. However, due to the nature of the conflict and the extremely confined area of Gaza, the military component is often intertwined with socio-political and informational aspects of the war as well. It must be borne in mind that Hamas faced a much bigger challenge because of the Israeli-imposed siege compared to Hizbullah in Lebanon during Israel’s 2006 onslaught.

The primary reason for the Zionist war machine’s military assault on Gaza was its historic defeat at the hands of Hizbullah in Lebanon. The Zionist political establishment wanted to boost the morale of its forces by attacking a much weaker adversary in order to sustain the occupation of Palestine. The Zionist military was also testing changes instituted after the Winograd Commission had revealed severe “tactical, operative and logistic failures, including the flow of intelligence.”

Apart from non-tangible goals, the Zionist establishment also had certain tangible objectives in mind. These consisted of the following:

Due to the close proximity of Gaza to the heavily fortified Zionist outposts, the Israelis had tremendous logistical support. With virtually no sophisticated weaponry, Hamas could not disrupt Israel’s logistical support as Hizbullah had done so brilliantly in Lebanon. The Zionists’ ability to provide their personnel with water, food, ammunition and equipment on time gave them a huge advantage over Hamas. In terms of logistics Hamas faced enormous pressure even from Egypt because of the latter’s decades of collaboration with Israel in continuing the siege. Also Hamas had to operate in a very small territory compared to Hizbullah’s in 2006. Therefore, the logistical advantage was firmly on the side of the Zionists.

In close combat, the Israelis and Hamas fighters were more or less equal in weapons. Hamas’s AK-47s with a 7.62 caliber verses the Zionists’ Galil were of the same caliber; F1 grenades and other grenade launchers of Hamas were similar to those of Israel’s. It was in all other weapons categories especially heavy weapons supplied by the major weapons producing countries that the Zionists had a disproportionate advantage. In particular, air superiority gave them immense reconnaissance advantage.

Heavy artillery, tanks and other armored vehicles provided the Zionist ground forces with strong cover because Gaza’s terrain lacks dense forests and hills preventing Hamas from eliminating Israel’s motorized brigades. Therefore, in open terrain the Israeli ground forces used their armored vehicles and tanks as firing positions to shoot from behind them. Hamas’ strategy was to draw Israeli forces into close range combat in order to neutralize their superiority in air and artillery weapons. Artillery and air weapons are high caliber and using them on the adversary at close range to ones own soldiers carries great risks. Thus, a bomb dropped from a plane on Hamas positions would just as easily kill Zionist soldiers engaged in a close quarter combat. On one occasion, however, during the Gaza war Israeli planes did bomb Hamas soldiers and its own forces in order to avoid a PR fiasco when IQAB brigades were about to capture two Zionist soldiers in Khan Younis.

Since the weapons advantage was so overwhelmingly in Israel’s favour, Hamas soldiers tried to compensate for their disadvantage with superior tactics. Hamas fighters managed very skillfully to create autonomous fighting groups that depended entirely on themselves. Hamas’s assault and defense groups fought independently without having to worry about ammunition logistics or communications with headquarters. Each group was self-sufficient and consisted of three layers. The first layer was composed of defensive troops that provided cover for the middle layer to fire rockets and mortars into occupied Pales-tine and the advancing invading troops of the aggressors. The third layer consisted mainly of snipers and assault troops that engaged the Zionists once they entered cities and refugee camps in Gaza.

Using their air force and heavy artillery, the Zionists almost always managed to break through the first layer of Hamas fighters, but breaking through the first layer always gave enough time for Hamas’s artillery group to fire their weapons. After firing their rockets and mortars the artillery group would shift behind the last layer composed of snipers and assault troops and prepare the rockets for the next round of fire. Once the rockets were ready, the rocket and mortar units would shift back into the central layer while the first layer would regroup to provide further cover. Due to lack of proper weapons the first defensive layer did not perform as well as the artillery groups and sniper-assault groups. The first layer did not have weapons to eliminate heavy tanks that were firing at them from a long distance. However, Hamas’s sniper-assault groups performed very well given the circumstances in which they were fighting. This became evident from the second week of fighting when the Zionist media admitted that despite Israeli tanks and troops reaching the outskirts of Gaza city and Khan Younis several times, they were forced to retreat under stiff resistance from Hamas fighters.

Despite possessing the most sophisticated weapons, the Zionists could not enter Khan Younis to maintain their ground attack even for 24 hours. They had to rely on the US-supplied F-16 planes to keep pressure on the resistance. Those with even rudimentary knowledge of warfare must ask a simple question; what kind of army is it that cannot sustain a ground attack against a semi-organized military force for more than a few hours? The fact that news outlets reported several times a day the entry and exit of Israeli forces into Khan Younis and Gaza city clearly indicate that Hamas’ stiff resistance was stalling the ground offensive.

When the guns fell silent the Zionist propaganda machine went on boasting about its “victory” over Hamas. Unfortunately, most of the Muslim media sources also aided them in their illusionary military PR campaign by only focusing on Gaza from the perspective of innocent lives lost there. We will skip the horrendous war crimes perpetrated by the Zionists during the Gaza war from December 27, 2008 – January 18, 2009 that the Goldstone report has so clearly highlighted.

The only tangible “achievement,” if it can be called that at all, is that the Zionists, using their air force, destroyed many buildings used by the resistance movement, but this can be achieved by any army which fights people that do not possess any anti-aircraft weapons or have an air force. If one were to use World War II era military planes and bomb a population with no air defense weapons, the result would be the same as that achieved by the “mighty” Israeli forces. Under heavy air bombardment on a very small patch of land, Hamas managed to sustain the consistency of its rocket bombardment until the very last minute of the war. The continuous bombardment from Gaza showed that the Zionists were incapable of engaging Hamas soldiers in urban combat that would be required to eliminate the rocket firing units. The fact that the rockets were fired until the last minute of the war showed that the rocket launching units had enough cover to continue to do so. Zionist forces were not able to eliminate detachments that provided firing cover to rocket units because that would have required close quarter battles that the Zionists were unable to perform.

The invading aggressors also failed to inflict heavy damage on Hamas leadership. Only Said Siyam and Nizar Rayan from the leadership were martyred. Gilad Shalit was not freed. Rockets and other weapons are still being produced and imported into Gaza and the security zone within Gaza disappeared from the official rhetoric of Zionist officials after they understood their inability to enforce it.

The Gaza war provided Hamas with a practical test of its military capabilities. Hamas understood that its biggest advantage is its small autonomous fighting units that are not tied down by centralized command and control structure. Hamas also realized that close range combat is the Zionists’ main weakness that it exploited well. The Zionists on their part realized that they would always lose in urban combat and close range battles with Hamas because of the latter’s fearlessness and willingness to embrace martyrdom. Hamas knew that its biggest disadvantage was lack of sophisticated weapons. There-fore, it will probably have to employ sophisticated engineering techniques to advance the tunnel systems on the Egyptian border in order to smuggle the required weaponry. In addition to its three-layer fighting structure Hamas will probably have to introduce a forth layer: an anti-aircraft unit. If Hamas can make it difficult for the Zionist forces to use its air space, it will gain a good offensive capability. However, this depends on the ability to smuggle anti-aircraft weapons into Gaza. In combination with improving its tangible military capacity Hamas must also attempt to improve its intelligence capabilities by cracking down on Fatah collaborators in a very sophisticated and intelligence oriented operation.

The Zionists may launch another war of aggression on Gaza in the near future. This will be done in order to maintain pressure on Hamas. For the resistance movement to survive the inevitable wars it will have to expend much greater effort in breaking the Egyptian-imposed siege by rearranging the political landscape in Egypt. This will not be easy but in conjunction with the Islamic movement in Egypt, the corrupt decrepit system can be shaken. So far, Hamas has avoided challenging Hosni Mubarak, the modern Pharaoh of Egypt directly, however as time goes by, Hamas may realize that the road to al-Quds passes through Cairo. 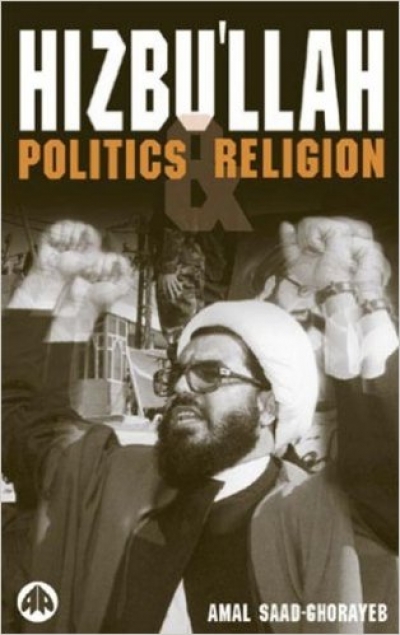 An unusually sympathetic and understanding analysis of Hizbullah’s political thought

The Hizbullah, which is now under intense attack in Lebanon from Israel, emerged as an Islamic movement representing Lebanon’s ordinary Mu...

Islamic movements move to the fore in the struggle against Zionism

In previous columns, we have examined the methodology of the Islamic Revolution and movement; now we must move to questions concerning the v...