Time for The Gold Dinar?

During the December 2019 Islamic Summit in Kuala Lumpur, Malaysia pushed among other policies, for the creation of a gold dinar. This is an important step and must be pursued vigorously to get out of the stranglehold of dollar hegemony. 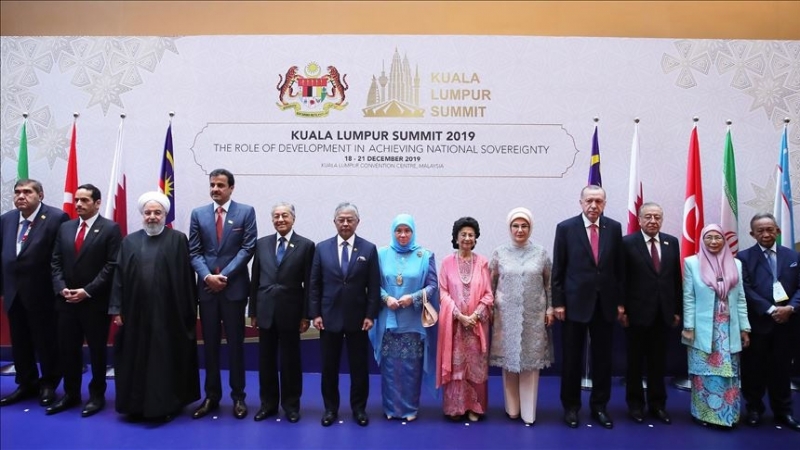 The Arabian potentates were livid at the temerity of Malaysia, Turkey and Qatar to hold an Islamic Summit in Kuala Lumpur. The Arabian rulers forced Pakistan not to attend but the summit also exposed their incompetence and subservience to imperialism and Zionism. 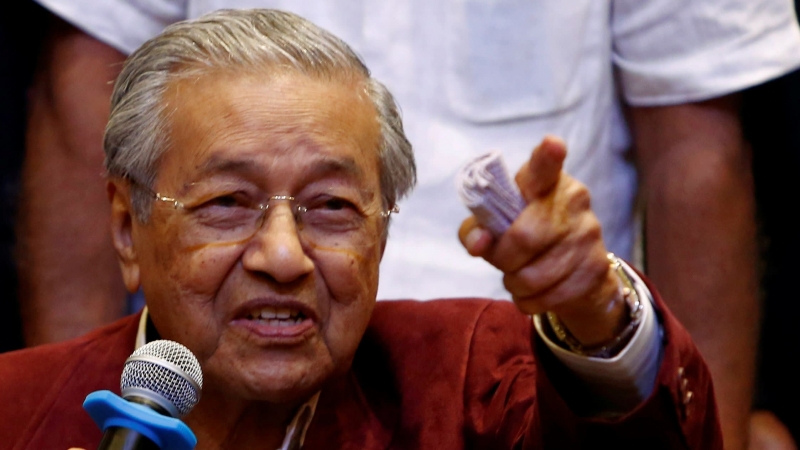 Going after the crooks in Malaysia has exposed some unsavory foreign characters as well, including the Saudis.

The 92-year-old former Malaysian Prime Minister Mahathir Mohammad is back in power ousting his former protégé, the scandal-ridden Najib Razak.

Like a mad uncle coming down from the attic wielding a cane to sort out noisy children, Mahathir Mohamad has once again stormed Malaysian politics. At 92, the coalition he led, Pakatan Harapan (Alliance of Hope), achieved a stunning victory against the ruling coalition, Barisan Nasional (BN).

Are the political fortunes of Anwar Ibrahim, a former deputy Prime Minister who fell out of favour with Dr Mahathir Mohammad, about to change? Recent developments in Malaysia have boosted his party’s hopes.

In the ongoing political drama that has played out over the last decade, more so since the opposition’s impressive gains in last year’s general elections, the government imposed a three-month ban on one of the country’s most widely circulated newspaper, Harakah, the bilingual voice of the Islamic Party (PAS), which now controls two of the five states the opposition alliance captured last year.

The creases from his predecessor’s seat had hardly settled when Abdullah Ahmad Badawi announced on October 9 that he would step down as prime minister and president of the ruling United Malays National Organisation (UMNO) in March 2009.

As the United Malays National Organisation (UMNO) growls like a wounded tiger about its setbacks since the general elections in March, former deputy prime minister Anwar Ibrahim is almost like a vulture, waiting his chance to pound at the best opportunity he has had in more than a decade.

As Crescent went to press, Malaysians were still awaiting announcement of the date of the country’s general elections, which had been widely expected to take place before the end of the year. They have been delayed because of a number of man-made and natural events that have shaken the confidence of the government of prime minister Abdullah Badawi. 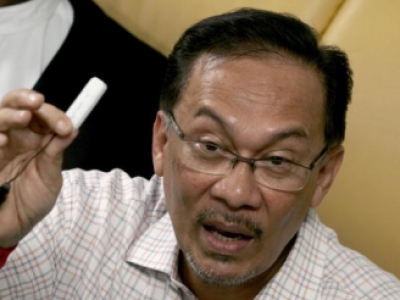 Malaysia’s judiciary exposed again, this time by a video-clip

Nine years after he was dismissed, arrested, beaten and brought to the trial that displayed the utter corruption of Malaysia’s judiciary, former deputy prime minister Anwar Ibrahim, now a leader of the opposition, seems to have got something on a silver plate on September 19.

Barely a month after he announced his intention of returning to the political stage, Anwar Ibrahim, Malaysia’s former deputy prime minister, is back in limelight. Since being released from jail in late 2004, he had been travelling around the world delivering speeches to academic institutions and thinktanks. Now he has promised to give the Malaysian opposition a shot in the arm.

In last month’s issue of Crescent International we published an article about an anti-war conference convened in Malaysia by former prime minister DR MAHATHIR MOHAMAD. We received this letter in response, which we are publishing in full.

Mahathir using his position and standing to target US policies

One has to look to Dr Mahathir Mohamad, former prime minister of Malaysia, for a slap to the Americans once in a while. Many have dismissed him as suffering from “former president syndrome”: ex-rulers indulge in rhetoric and tell others what they themselves should do were they still in power. But in the case of Mahathir, one thing many of his enemies and friends agree on is that the man has a lot of stamina for putting up a good fight.

Doubts over Anwar’s friends as he re-enters Malaysian politics

Since his return on October 31 after undergoing spinal surgery in Germany, former Malaysian deputy prime minister Anwar Ibrahim has been wooing large crowds wherever he goes...

Riding high after his speech at the Organisation of Islamic Conference (OIC) summit in October, Malaysia’s Dr Mahathir Mohamad finally kept his promise by stepping down after 22 years in power. He seems to have followed the advice from his mother...

The last days of Malaysia’s Mahathir

It could have been yet another festival of tears for the United Malay National Organisation (UMNO), Malaysia’s ruling party, when it held its annual congress last month. That party-president-cum-prime minister Dr Mahathir Mohamad would weep as he has in previous years was taken for granted.

Vacuum at the heart of the Non-Aligned Movement

What’s in a NAM? This was answered even before the so-called non-aligned countries, which constitute the Non-Aligned Movement, began their summit in Kuala Lumpur on February 24. For many heads of state who attended, it was a short holiday in the tropics.

There are no permanent enemies or allies in politics. Malaysia’s opposition front, dominated by the Islamic Party (PAS), which has joined hands with former UMNO members disenchanted with prime minister Mahathir Mohamad over his injustices to Anwar Ibrahim, are already feeling the winds of betrayal blowing.