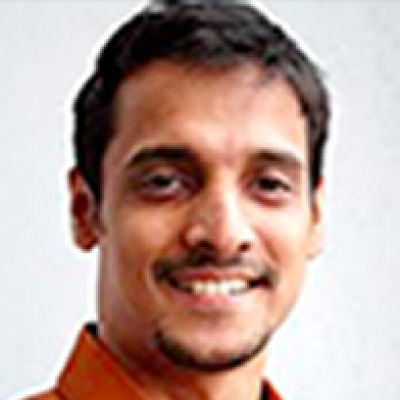 When it comes to treating human beings like cattle, or worse, the Thai military does it best. Last December, thousands of Rohingya Muslims from Bangladesh and Myanmar, desperate to flee their squalid and miserable conditions, decided to jump into boats and migrate to neighboring lands. The Indian navy eventually found them near the Andaman and Nicobar Islands.

While in Andaman, some of these poor people fell victim to rogue agents, who collected money from them promising to take them to Malaysia. On the way, the Thai navy intercepted their boats; they were arrested and then pushed into the sea on engineless boats.

In one particular case that reflects the depth of inhumanity of the Thai military, 220 people were set adrift in the rough and shark-infested sea on an engineless boat after being given only a small amount of food. An Indonesian fishing boat near Aceh discovered them more than a month later, on February 2. By then, twenty-two people had died from thirst and hunger, while the remaining 198 miraculously survived, many of them drinking seawater. They also showed signs of injuries from severe beatings inflicted by Thai soldiers. But this is believed to be only a small group out of thousands of Rohingyas who were brutalized and pushed into the sea at gunpoint. Hundreds are believed to have perished.

The incident brings to mind the Tak Bai massacre in October 2004, when more than a thousand Patani Muslim protesters, most of them badly injured and bleeding after being shot, were stuffed like chickens into army trucks, resulting in scores suffocating to death. With such history, the latest brutality, this time on Rohingya Muslim migrants, is not surprising. The Thai military is known for running a systematic campaign of abuse and torture of the Rohingya Muslims, in stark contrast to the treatment of refugees from neighbouring war torn regions, for which Thailand was praised not long ago.

The Hong Kong-based South China Morning Post, in its investigative reports, has revealed that the Thai army had towed more than 1,200 Rohingya boatpeople out to sea, knowing well they would die of hunger in their unpowered vessels. As a result, it reported that more than 500 people died this way.

Even with such evidence, Colonel Manat Khongpan, the Thai army officer at the centre of the scandal, denied the charge with an outrageous remark on February 13, “If they [Rohingyas] come without engines, or their boats don’t look like they will make it to the open waters again, we help them fix [their boats] and we give them a little food and supplies so they can go on.” On January 19, the Post published photos showing Manat on the Thai island of Koh Sai Daeng, at an army operation to process Rohingya detainees. Manat, who first denied involvement, later said he was there to “give food and water” to the boatpeople.

Even though the Thai military has admitted it had pushed boatloads of people to sea, Thailand’s new Prime Minister, Abhisit Vejjajiva, faced with growing criticism, was forced to take the blame for its excesses. Although Abhisit’s appointment has been hailed as the beginning of the end of the trigger-happy excesses during the Thaksin era, the truth is that any political leader in Bangkok rules at the behest of the powerful army. Any move to challenge it may result in a military coup.

Like a mailbag bearing no address, the stateless Rohingyas have been rejected by almost every government in the region. The Indian authorities said they planned to deport the Rohingyaboatpeople. Thailand has long rejected the Rohingya Muslims. In the latest saga of their rejection by various countries, the Indonesian authorities too refused to recognise them as refugees, saying they were economic migrants. Clearly Jakarta not only lacks sympathy but also empathy, especially when Indonesia itself is the region’s largest exporter of economic migrants, and until recently, of political refugees as well.

For decades, the case of the Rohingya Muslims has been like jumping out of the frying pan into fire. Three decades ago, the Rohingyas, stripped of citizenship by the Burmese junta, began their exodus to Bangladesh but were denied settlement, and they languished in squalid refugee camps. Thousands made their way to Thailand and then to Malaysia, hoping that this Muslim country would provide them at least temporary protection. The Malaysian government and their immigration and security officials, however, proved no different than their corrupt Muslim counterparts elsewhere in the world. The police constantly harassed the Rohingyas and most of them continued to live in city slums away from the glare of the rapid economic boom of the nineties. While many of them worked hard to make ends meet, some thrived on criminal activities, a direct result of the hard life that the Rohingyas have to endure in a rich Muslim country.

Malaysia, like its neighbours, does not have laws to protect and assist asylum seekers, refugees or stateless persons. They are lumped into the category of “illegal immigrants”, and subjected to prolonged detention under difficult conditions. Many of these “illegal immigrants” have been deported to the Malaysia-Thai border. In some well-documented cases, refugees were handed over to human traffickers at the border who demanded payment for their release. Those unable to pay such ransom (which can be up to US$800) are sold to fishing boats, brothels or ‘private owners’ for sex or bonded labour.

At the heart of the Rohingya problem is the Burmese junta’s brutal oppression and decades long genocidal policy against them, denying their right to exist as an ethnic group. This dimension of the military rule in Burma has received little attention in the Western media and their local spokesmen that make so much noise about democracy but whose backdoor business deals with the junta are not secret. The truth is that the Rohingya Muslims have suffered more than any other group at the hands of the Burmese junta.

The majority of Rohingya Muslims live in the northern Arakan state of western Burma, and close to a million have been refused citizenship. In 1978 and again in 1991, the Rohingyas, repressed in their own land, started their exodus into neighbouring countries such as Bangladesh, Thailand and Malaysia. A few more went as far as Pakistan while a tiny number have been lucky to find jobs, if not peace of mind, in the Gulf states, preferring to resign to their fate and live as a quiet diaspora.

The plight of the bulk of the Rohingyas, the unlucky majority, continues to receive little attention, except from regional rights groups and activists. ASEAN, the ten-member grouping of countries in the Southeast Asian region, holds its summit in Thailand from February 27 to March 1 (after Crescent press time), and the Rohingya boatpeople’s issue is expected to be discussed. Even then, it will only be discussed during bilateral meetings on the sideline of the summit and not as part of the formal agenda. That is not to say that one can expect much from the summit. Many of these regimes have little legitimacy; others parrot the stance of the US’s selected concerns on ‘democracy’ and ‘human rights’. Such a grouping is not the forum to seek justice for the Rohingya people, especially with its stated principle of “non-interference” in each other’s internal affairs even though a whole generation is being wiped out in their backyard.

Is theirs a hopeless cause? There may still be hope if more pressure is built domestically on the respective governments. Yet right now, it does not seem that saving their fellow RohingyaMuslims is a top priority for politicians in Malaysia or Indonesia from both sides of the fence. Perhaps they are still recuperating from their busy schedule of demonstrations and passionate debates in defence of the Palestinians not very long ago, made even more hectic because they are all done in the full glare of media publicity. 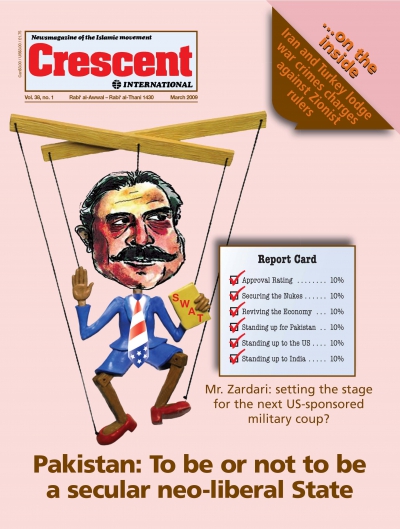 A year after Tak Bai massacre, no change for Thai Muslims

One year after the massacre of Muslims by Thai security forces during Ramadan last year, the government of Thaksin Shinawatra is hoping that...

Flushed with success at containing and nearly crushing the communist insurgency in Thailand, the Thai military has turned its heavy guns aga...

Thailand’s Thaksin unfazed by condemnations after latest massacre of Muslims

Hardly had the blood dried on Thai prime minister Thaksin Shinawatra’s hands after the storming of the historic Kerisik mosque in Pattani ...

The adage ‘no news is good news’ is not always true for Muslims in southern Thailand. Reports from the south seldom make it to the mains...