Home / Saudi Arabia the next target for ISIS?

Saudi Arabia the next target for ISIS? 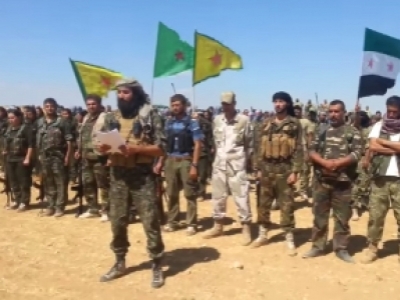 Will Saudi Arabia become the next target for the Islamic State of Iraq and al-Sham (ISIS)? It cannot be ruled out based on statements posted on the Internet. There is much support for the group inside the kingdom where people are donating generously to it, not to mention sending volunteers to join it. The Saudi regime may have created a monster that will now come to bite it.

Advances made by the terrorist group, the Islamic State of Iraq and al-Sham (ISIS) in Iraq may have emboldened it so much as to consider its next big move: a push into Saudi Arabia. Much of western Iraq now lies in its grip and the group’s fighters have reached Rutba, near the border with Jordan and Saudi Arabia. Arar, the nearest Saudi town with a military base is about five hours from Rutba.

Messages from ISIS have appeared on the Internet claiming they are on the border with Saudi Arabia. Another message countered:

“We are not on the border. We are here in Saudi and this is our land."

This is much closer to the truth. The ISIS is spawned by the Saudi ideology of Wahhabism, only a more virulent form of it. Even while the Saudi regime has officially designated it as a terrorist group, there is much support for its activities, especially in Syria and now in Iraq. Tens of thousands of Saudis send donations to the group. The money is first sent to Kuwait that has emerged as a major sponsor of terrorist groups, from where it is sent to the ISIS and other terrorist groups.

While there is great panic in Riyadh at the thought of having created a Frankenstein monster to target others that will now devour it as well, there is apparently groundswell of support among ordinary Saudis for ISIS.

Even the Saudi armed forces have been penetrated. In May, they issued an official statement admitting that ISIS is operating in the kingdom and urged citizens to report its presence and activities to the authorities. Given massive corruption in the kingdom combined with immorality among the pleasure-loving Saudi royals, the ISIS push into Saudi Arabia may be even easier than that into Iraq.

This would be augmented by the ideological support the group will receive from the Wahhabi clergy as well as ordinary Saudis that are fed up with ruling family. There is ample evidence for this. For instance, since the ISIS push into Iraq, tweet messages translating to #TheAgeOfTheISISConquest and #ABillionMuslimsForTheVictoryOfTheIsis have overwhelming been originating from Saudi Arabia.

Almost 95 percent of all mentions of the latter hashtag emanated from Saudi Arabia over the last week, by far eclipsing those from Iraq and Syria, where the ISIS is actually operating at present. The messages have been tweeted from all over Saudi Arabia indicating widespread support for the group irrespective of any region or territory. What could possibly happen were the ISIS to make a push into Saudi Arabia? It is likely that many Saudis would join the group as well as many from within the Saudi armed forces.

The Saudi National Guards would be mobilized against them pitting Saudis against one another but since the ISIS consists of mercenaries from all over the world including Chechnya, Afghanistan, Pakistan, Tunisia, Algeria, Jordan etc, it will become a real mess.

... it is almost certain that the first country the Saudi regime will turn to for help will be Pakistan. It cannot be ruled out that the Pakistan army will be deployed to save the monarchy. This will result in leaving the far greater threat inside Pakistan and on its borders un-attended.

Further, it is almost certain that the first country the Saudi regime will turn to for help will be Pakistan. It cannot be ruled out that the Pakistan army will be deployed to save the monarchy. This will result in leaving the far greater threat inside Pakistan and on its borders un-attended.

At present the Pakistani military is involved in a vicious fight with the tribesmen in North Waziristan that has resulted in hundreds of casualties and displacement of nearly 700,000 civilians. The Pakistani military may be able to prevent the collapse of the Saudi regime temporarily but it might lose Pakistan altogether.

The lesson for the corrupt Saudi monarchy is that those that dig a hole for others are likely to fall into it themselves.

Few would shed tears for the demise of the decrepit and corrupt Saudi monarchy but what will follow is likely to be far worse; in fact, frighteningly worse.

ISIS-led sectarian terror is causing havoc in the region. The Maliki government in Baghdad, however, cannot be absolved of responsibility ei... 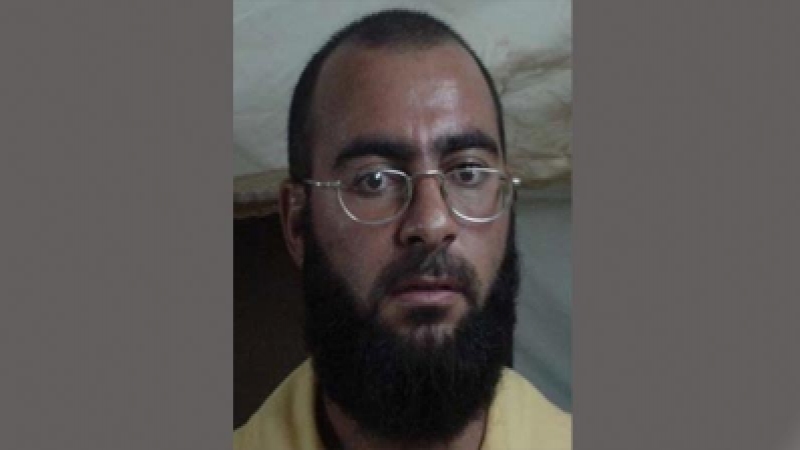 If Iraqi military claims are true, the takfiri terrorist outfit, Daesh (aka as ISIS/ISIL) may have been dealt a severe blow. The Iraqis said...

Another Saudi-backed terrorist arrested in Lebanon

The Lebanese army shown in photo, arrest Jamal Daftar-Dar, a Saudi-backed terrorist in Lebanon. He is believed to be involved in the car bom...

Using terrorist outfits like Lashkar-e Jhangvi and the SSP, the Saudis want to create a permanent breach between Shias and Sunnis in order t...