It is said that a lie is half way around the world before truth has had a chance to tie its shoe laces.

This applies most specifically to the allegation that 15,000 rioters had been sentenced to death by Iran’s judiciary.

When there is deep-seated hated for a particular country and its officials, it is easy to fall for fake news.

The American magazine, Newsweek, ran away with it after the anti-government group, Iran Human Rights spread the fake story.

This group is notorious for spreading fake news about Iran.

Instead of fact-checking, Newsweek went ahead and published the story.

The fake news spread so quickly that even Canadian Prime Minister Justin Trudeau fell for it and tweeted: “Canada denounces the Iranian regime’s barbaric decision to impose the death penalty on nearly 15,000 protesters.”

While one does not expect anything better from social media platforms that peddle trash, for Newsweek and Trudeau to jump on the bandwagon is a new low.

Both got egg on their faces.

While the magazine deleted the claim and resorted to other lies, again quoting the same discredited source (Iran (non)Human Rights), it did not bother to check with easily accessible Iranian officials, such as Iran’s Mission to the UN in New York, to verify the truth.

Trudeau was forced to delete the tweet but it remained up for nearly 11 hours despite many twitter users debunking his false claims.

Will he do the decent thing and apologize?

This is highly unlikely since Trudeau has embraced the most vicious anti-Iranian groups and has become part of the crusade against the Islamic Republic of Iran.

In Canada, counter-revolutionary and pro-monarchist groups have targeted the Mahdi Islamic Centre in Thornhill (a suburb of Toronto) but Trudeau has yet to condemn the hate attack on a place of worship.

Claims of Iran having arrested 15,000 protesters is also totally false.

Iranian officials have said that they have arrested some 1,000 rioters who were involved in attacking government buildings, setting fire to banks and police stations.

At least 40 police officers have also been killed by the rioters.

What country would allow such criminal conduct to go unpunished?

It is appalling that the collective west and especially people like Trudeau would support such groups.

For the record, Iran’s judiciary said that one rioter was sentenced to death on November 13.

Since then, a total of five persons have been sentenced to death for committing horrific crimes.

These sentences will not be carried out until the Appeals Court hears their cases.

That could take months, or longer.

While this flies in the face of media freedom, he may have saved himself much embarrassment had he or his advisors bothered to verify the story.

Even at face value, it should have raised suspicion but when the purpose is to demonise Iran, what is a bit of fake news even if it is totally outlandish?

The Chinese leader gave him a dressing down the following day! 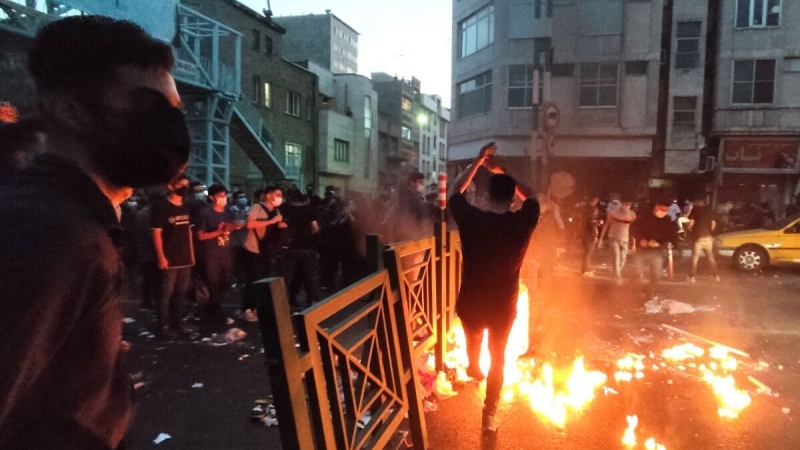 Why The Riots In Islamic Iran Will Backfire

Those backing the violent riots in Iran are in for a rude shock. Unlike the rioters, the Islamic system enjoys mass backing. The people are ...

Canada has just lived through a fairytale decade, complete with evil jinn and youthful hero. Think of “Jack and the Beanstalk,” starring...

The breath of fresh air that has swept the stale corridors of power in Canada. Justin Trudeau has not only surprised many with his election ...