Home / Karadžić, the psychopathic mass murderer and terrorist, is finally convicted and sentenced

Karadžić, the psychopathic mass murderer and terrorist, is finally convicted and sentenced 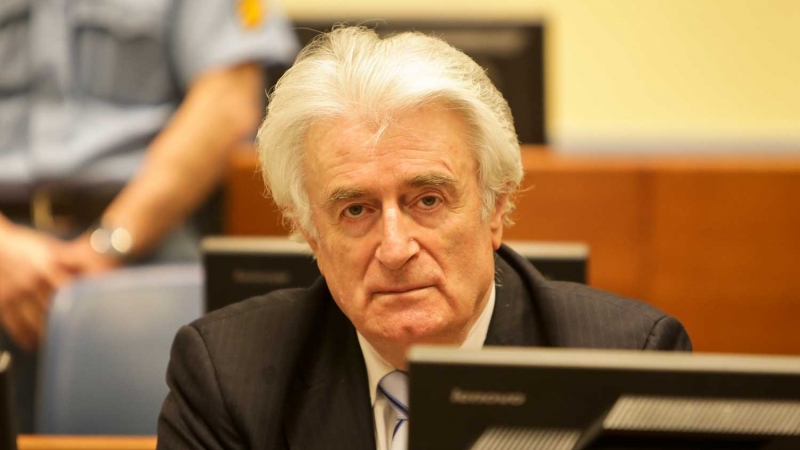 After a five-year trial, Radovan Karadzic, the Serbian terrorist and mass murderer was sentenced to 40 years in jail for killing 8,000 Bosnian men and children in Srebrenica in July 1995. His other crimes--crimes against humanity and war crimes--were in addition. Most people felt it was not enough. He should have been given at least a life sentence. After all, he got only 1.85 days for each murder. Is that justice?

The Serbian psychopath who slaughtered more than 8,000 innocent Bosnian women and children in Srebrenica in July 1995 has finally been convicted of war crimes and crimes against humanity. The International Crimes Tribunal for Yugoslavia (ICTY) at The Hague sentenced Radovan Karadzic today to 40 years in jail. That works out at 1.84 days in jail for each murder!

He was found guilty of 10 of 11 charges at international criminal tribunal including the charge of genocide. While his conviction will bring little comfort to the victims’ families, it would at least bring closure to one sordid chapter in that horrible war in which the people of Bosnia were disarmed and left at the tender mercies of the Serbian killers.

Karadžić was captured in Belgrade in 2008 where he had lived in disguise as a poet and priest after growing a long beard. He was certainly protected by fellow Serbs that had and continue to have a visceral hatred of Muslims.

Prosecutors argued that Karadžić, as political leader and commander-in-chief of Serb forces in Bosnia, presided over for some of the most gruesome acts of brutality during the war. These included the 44-month deadly siege of Bosnia’s historic capital city Sarajevo, and the July 1995 massacre of more than 8,000 Bosnian men and boys in Srebrenica.

The Dutch contingent of the UN force that was supposed to guard the Bosnians in Srebrenica stood by while Serbian terrorists herded Bosnian men and children and murdered them in cold blood. This was preceded by the same UN force disarming the Bosnians even taking away their hunting rifles “assuring” them that they would be protected.

When the Serbian terrorists attacked Srebrenica, the Dutch soldiers far from protecting the Bosnians, accused them of asking the UN force to take their side. It was clear that most European countries wanted to decimate the Bosnians because they are Muslims. For them, Muslims cannot live in Europe as a majority; the Bosnians were reduced to a minority.

After the verdicts was handed down, Serge Brammertz, the tribunal’s chief prosecutor, said: “Moments like this should also remind us that in innumerable conflicts around the world today, millions of victims are now waiting for their own justice. This judgement shows that it is possible to deliver it.”

The presiding judge at the tribunal O-Gon Kwon who delivered the ruling, said: “On the basis of the totality of the evidence, the [ICTY] finds that the accused shared the expanded common purpose of killing the Bosnian Muslim males of Srebrenica and that he significantly contributed to it.”

Kwon went on to say that Karadžić was the only person with the power to intervene and protect those being killed, but “far from that, the accused ordered Bosnian male detainees to be transferred elsewhere to be killed. With full knowledge of the ongoing killing, Karadžić declared a state of war in Srebrenica.”

In addition to the genocide charge, Karadžić was also convicted of five counts of crimes against humanity and four of war crimes, including taking UN peacekeepers hostage, deporting civilians and murder. The presiding judge took nearly two hours to read the tribunal’s verdict and pronounce sentence.

The public gallery was packed with survivors and victims’ family members, mostly women. Given the emotional state of family members, the tribunal had instructed them to stay quiet throughout the proceedings. While difficult given the circumstances, the family members sat quietly throughout.

Once the sentence was handed down, outside the courtroom some family members expressed anger that Karadžić did not receive a life sentence. “Is the tribunal not ashamed? Do the Bosnian Muslims and Bosnian Croats not have a right to justice? He got 40 years. That’s not enough,” said Kada Hotic, one of the bereaved mothers from Srebrenica.

Fascinating journey into the Balkan labyrinth

The recent ethnic wars and crises that have ravaged the Balkans over the last few years are a reminder of the complexity of a region where p... 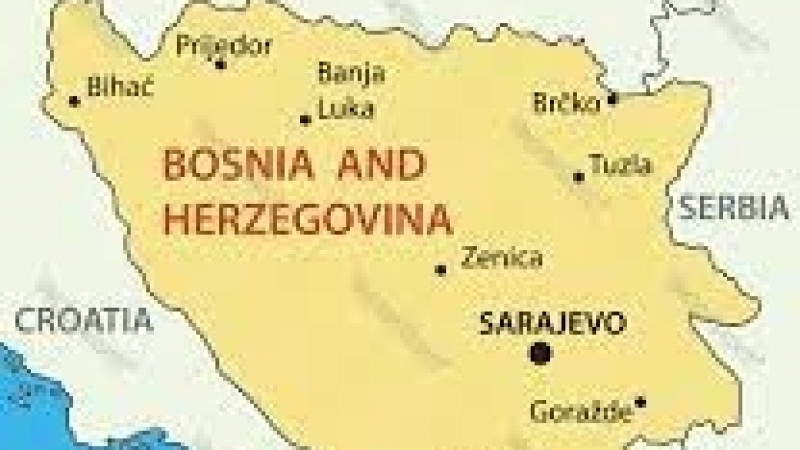 What the latest developments in Bosnia portend for its future

Rise of Russia and the looming Balkan crisis

While the rise of Russia is seen as a good sign to contain America’s belligerence, on the flip side, Moscow is courting the Serbs in Bosni...