In an important ruling, a federal judge has said that Omar Khadr can sue the Canadian government over its complicity in his incarceration at Guantanamo Bay, informs letter writer Charles Cassig.

In a landmark ruling, a Federal Court Judge, Richard Mosley, has ruled that former Guantanamo Bay prisoner Omar Khadr should be allowed to claim that the Canadian government conspired with the Americans to torture him and breach his rights. The ruling handed down in late October means that Khadr can significantly increase his $20 million lawsuit in which he has accused the Canadian Federal government of complicity in his claim that he was arbitrarily detained in Guantanamo Bay and subjected to cruel and inhuman treatment including prolonged sleep deprivation and torture.

Khadr was arrested in Afghanistan in July 2002 following a firefight in which an American soldier was killed; Khadr was badly wounded and almost left for dead. Throughout, he has maintained he did not shoot the American soldier because he was unarmed. Instead, he was shot twice in the back. Despite his bad state, he was flown, hands and feet shackled, for 18 hours to Guantanamo Bay.
In a plea deal his American lawyer accepted an 8-year sentence in return for Khadr being sent to Canada after serving one more year at Gitmo. During his incarceration, Canadian intelligence officials interrogated him but offered him no protection as a Canadian citizen.

Judge Mosley ruled, “Whether Canada conspired with foreign officials to violate the fundamental rights of a citizen is not a trivial matter.”

Omar Khadr gets kangaroo court justice at US gulag

Tortured endlessly, deprived of sleep for 21 days, attacked by dogs and threatened with rape, Omar Khadr, now 24, was handed one last piece ...

Far from closing it as Barack Obama promised soon after being sworn in as president in January 2009, the US plans to expand the prison at Gu... 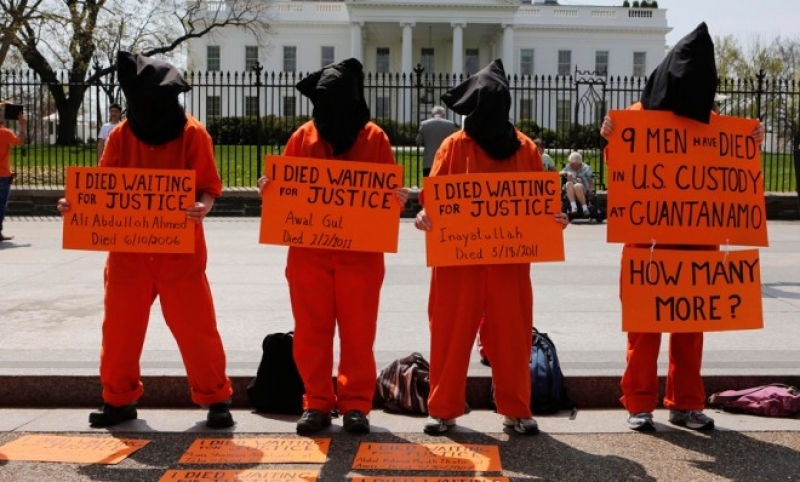 Despite promising soon after becoming president in January 2009 that he would shut down Guantanamo Bay within a year because it was a “blo...