Islam’s view on slaying of innocents 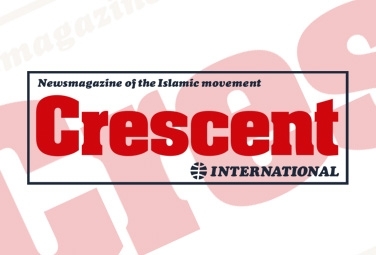 Slaying innocent non-combatants violates every tenet of Islam. Those that indulge in such conduct are going against the teachings of the Qur’an and the Sunnah of the noble Messenger (saws).

In numerous ayat of the Qur’an, Allah (swt) makes clear that it is forbidden to kill innocent people. In Surah al-Nisa’, for instance, Allah says,

“But whoever deliberately slays a committed Muslim, his requital shall be Hell, therein to abide; and Allah condemns him, and will reject him, and will prepare for him awesome suffering.” (4:93).

In another ayah, Allah (swt) expands the prohibition on killing to include all human beings,

“…if anyone slays a human being unless it be [in punishment] for murder or for spreading corruption (sedition) on earth — it shall be as though he had slain all mankind…” (5:32).

Muslims with even a limited knowledge of the Qur’an are familiar with these ayat as they are with numerous hadiths that place great emphasis on the sanctity of human life. Before battle, the Prophet (pbuh) often warned his companions against killing non-combatants, especially women and children. He also forbade the killing of animals and the destruction of crops. Further, according to a narration in al-Bukhari, the noble Messenger (pbuh) said, a person who recites the kalimah has secured his honor, property and life with Allah (swt). In an episode before the Battle of Mu’tah, Usamah ibn Zayd, a young Sahabi, got into a fight with a kafir. He got the kafir down and as he was about to strike him, the kafir recited the kalimah. Usamah still killed him. When the Prophet (pbuh) heard this, he called Usamah to explain. He told the Prophet (pbuh) that the man recited the kalimah only to try and save his life. “Do you know the secret of his heart?” was the Prophet’s (pbuh) reply.

Today we have reached a point in Islamic history where Muslims show no hesitation in killing innocent people as has happened in Syria and Iraq and most recently in Pakistan. The killers call themselves Muslims; they sport long beards and outwardly present the image of being Muslims. So how can they violate the Qur’anic commands and the Prophetic hadiths so casually? What kinds of teachings are being imparted that leads them to adopt such barbaric practices?

If Allah (swt) places so much emphasis on the sanctity of human life that slaying one innocent person is equated with the killing of all of humanity, how can hundreds of innocent people be killed in such a callous manner? The killers not only claim to be Muslims but they also hope to go to Paradise for perpetrating a blood bath of innocents. It is important for Muslims to understand where such thinking originates from and what they can do to confront it.

The first instance of such mentality emerged following the Battle of Siffin when Mu‘awiyah had rebelled against the legitimate authority of Imam ‘Ali (ra), khalifah of the Muslims. When Mu‘awiyah was about to lose, he resorted to a trick forcing cessation of fighting despite Imam ‘Ali’s (ra) objection. Most of his supporters, however, wanted to stop. One faction within his group broke away rejecting Imam ‘Ali’s (ra) decision. This group came to be called the Khawarij (outsiders), and one of its members later struck the Imam on his way to the masjid for Fajr salah. He succumbed to his injuries a few days later.

This mindset among some Muslims that only they are right and if others do not agree with them, they must be killed, was later adopted by Muhammad Ibn ‘Abd al-Wahhab who emerged from the backwater of Najd. This has spread among the takfiris in the Muslim East and some factions of the Taliban in Pakistan. Their signature mark is the killing of innocents. There is ample proof that regimes as well as regime-affiliated individuals and organizations in Saudi Arabia, Kuwait and a host of other places are financing them. They started with the killing of Shi‘is whom they denounce as “kafirs” but because their nefarious activities went unchecked, they have resorted to killing Sunnis as well. The slaughter of 141 students and teachers in Peshawar on December 16 is the latest manifestation of their barbarous acts.

They justify their heinous crimes on the basis of “revenge.” Islam does not permit revenge killings and certainly not by individuals brandishing guns and wearing suicide vests. These are tactics of the imperialists and Zionists. Muslims cannot sink to their level. Those who indulge in such conduct and use the excuses advanced by imperialists and Zionists become a part of them, not the Ummah of Muhammad (pbuh). As another hadith of the noble Messenger (pbuh) makes clear,

anyone who kills an innocent person steps outside the fold of Islam and Allah will not accept his repentance anymore. He will abide in Hellfire forever (al-Bukhari).

Rahbar’s message to the Youth of Europe and North America

In light of the intensification of Islamophobia in the West--Europe and North America--the Rahbar, Imam Seyyed Ali Khamenei, Leader of the I...

The Turkmen dilemma of AKP government

Many Iraqi Turkmens are growing eager to form their own defense force.

The Rahbar’s message to the youth of Europe and North America was enlightening and full of wisdom.

Ways of the “civilized” West

The West insists that it is “civilized”; so civilized in fact that it wants to export its values to the rest of the world. Those unable ...