Home / ISIS and dissent in the Peninsula

ISIS and dissent in the Peninsula

While financing and supporting the takfiri terrorists, the House of Saud has found there can also be blowback. Opposition to the rule of Al Saud is growing among all segments of society in the kingdom.

In recent months, Saudi Arabia has faced a gathering storm on its Najdi frontiers — the storm of just deserts for wholeheartedly embracing policies of evil. Bandar Bush’s intelligence services are one of the architects of the group that goes by the abbreviation, ISIS (Islamic State of Iraq and al-Sham), under the careful tutelage of the US and Israel.

In their eagerness to unravel the Levant by supporting ISIS (or ISIL), they have swung the axe on their own feet. The stability of the Saudi regime faces a double-pronged threat as ISIS runs amok in Syria and Iraq — that is, they face the specter of domestic civil unrest, and the ISIS Frankenstein threatens the stability of Saudi Arabia’s own government.

Should its citizens, lulled into quiescence by petro-dollars, finally take to the streets en-masse, the Saudi regime would witness its endgame.

After the “Arab Spring” heralded calls for freedom and self-determination in the Arabian world, King Abdullah and the aging Saudi Arabian princes running the state were terror-stricken. Should its citizens, lulled into quiescence by petro-dollars, finally take to the streets en-masse, the Saudi regime would witness its endgame.

As with the Taliban, which gestated in Pakistan in the 1980s with Saudi funds and religious ideology to fight the “Cold War,” ISIS has been unleashed on the Levant and Iraq in order to fight the War on Islam.

While the US and Israel employed the strategy of rhetorically supporting the revolutions by working overtime to overthrow societies from inside, they green-lighted the spawning of ISIS inside Jordan and Saudi Arabia as a necro-militia armed with state of the art weapons and Wahhabi takfirism in order to destroy Muslim societies. As with the Taliban, which gestated in Pakistan in the 1980s with Saudi funds and religious ideology to fight the “Cold War,” ISIS has been unleashed on the Levant and Iraq in order to fight the War on Islam.

Vice President Joe Biden, often known for his political gaffes, spelled out the duplicity of the game in a talk given at Harvard University's Kennedy School of Government on October 2. Complaining about the role played by US-allied Turkey, the Persian Gulf monarchies and Saudi Arabia, he queried the audience during a question-and-answer session, “What did they do? They poured hundreds of millions of dollars and thousands of tons of weapons into anyone who would fight against [Syrian President Bashar al-] Asad — except that the people who were being supplied were (Jabhat) al-Nusra and al-Qaeda and the extremist elements of jihadis coming from other parts of the world.” This attempt to pin the blame on the frontmen drew angry responses from the said three governments, and public backtracking on Biden’s part.

“Vice President Biden spoke today with Saudi Arabia's Minister of Foreign Affairs, Prince Saud al-Faisal,” read a statement released by Biden’s office on October 7. “The Vice President thanked the Foreign Minister for Saudi Arabia's strong support in the shared fight against ISIL and he clarified his recent remarks regarding the early stages of the conflict in Syria. The two agreed that the issue was closed.”

The dismissive press release that did not even bother to gesture toward an apology shows that Saudi Arabia’s role in spawning ISIS (or ISIL) is leading to repercussions for the desert kingdom. Once again, Saudi Arabia is being made the scapegoat for a crisis that is manufactured to look as if the US and Israel have had no role in the creation of this Frankenstein monster.

In addition, the need to impose greater control on protests within its own civil society has driven them to come down on the public with an iron fist. Activists estimate that there are currently over 30,000 political prisoners in Saudi jails. Since January, more than 59 people have been beheaded by sword, a grisly form of capital punishment. As the headline of an October 14 Newsweek issue pointed out, “When it comes to beheadings, ISIS has nothing on Saudi Arabia.” The “reforms” and openness that King Abdullah publicly championed after taking the throne is now simply a mocking memory of the promise to deliver a new and improved Saudi Arabia 2.0 to the world.

Even as Saudi Arabia is forced to keep a tighter reign on the takfiris inside their borders, they have also been clamping down on a myriad of voices for public expression and other freedoms. “The Saudi Arabian authorities have consolidated their iron grip on power through a systematic and ruthless campaign of persecution against peaceful activists in a bid to suppress any criticism of the state in the aftermath of the 2011 Arab uprisings,” wrote Said Boumedouha, Deputy Director of Amnesty International’s Middle East and North Africa Programme. The death sentence against Shaykh Nimr Baqir al-Nimr, who has been calling for rights for the Shi‘i majority dwelling inside Bahrain, as well as the Shi‘is in the Kingdom’s Eastern Province, has grabbed headlines across the world.

Since the Arab Spring, Saudi Arabia has launched a brutal crackdown on its populace, in ways that are increasingly crumbling its legitimacy inside and outside its borders. Biden’s careless sneer is one thing; global condemnation of its human rights track record is another. Last month, Amnesty International released a 20-page report documenting the human rights abuses that have taken place under the Saudi regime since 2011. The report touched upon the sentencing of dissidents and protesters; the crushing of freedoms for minorities, including the Shi‘ah; and the atmosphere of intolerance and suspicion being nursed within the Kingdom’s borders.

The report paid particular attention on the Saudi authorities’ treatment of the Saudi Civil and Political Rights Association (ACPRA). Since the establishment of the group, its founding members have been aggressively targeted by the Saudi regime, “three are serving prison terms of up to 15 years, two are currently incarcerated without trial; three are awaiting trial, with the likelihood of incarceration; and three stood trial and are currently released,” reported an article on October 10 carried on the alternate news site, CommonDreams.org.

“But these numbers only tell part of the story,” described staff writer Sarah Lazare. “Most of the 11 members detained were held incommunicado for time spans ranging a few days to several months. Once they made it to trial, they faced charges ranging from ‘breaking allegiance to and disobeying the ruler’ to ‘inciting public opinion against the authorities’ to ‘terrorism’ under relatively new legislation aimed at providing the state cover to go after peaceful dissenters,” according to the report. “Furthermore, judges, lawyers, defendants, and their supporters faced courtroom intimidation from feared security and intelligence officers during the trials. Those who were incarcerated faced and continue to endure harrowing conditions in prison, including reported incidents of torture and degradation, prompting four of them to go on hunger strike.”

Meanwhile, Saudi Arabia is attempting to blame “militants” in ways that bode ill for its already fragile relationship with the Wahhabi clerics. Saudi Arabia’s Interior Ministry says nearly 5,700 people have been detained in cases concerning suspected “militancy.” As many have observed, Wahhabism is the only legitimating ideology possessed by the Saudi state — besides the religious éclat they receive from sponsoring the takfiris, they possess no other claim to the Hijaz or the Haramayn. By making a public example of the takfiris, they are unraveling the foundational alliance between the clerical establishment and the House of Saud.

Apart from the Kingdom’s pleasure loving elite, ISIS enjoys a great deal of support in the Saudi populace. As writer Rachael Levy pointed out in an article written for the online news site v[]cative, after ISIS first began wreaking havoc in Iraq in June 2014, hashtags in Arabic that translated into TheAgeOfTheISISConquest and #ABillionMuslimsForTheVictoryOfTheIsis have been originating in Saudi Arabia.

“Almost 95 percent of all mentions of the latter hashtag emanated from Saudi Arabia over the last week, by far eclipsing those from Iraq and Syria, where the ISIS is actually operating at present,” Levy reported. “The geographic distribution of those mentions covers the entire Saudi Arabian territory.” Over 1000 to 2000 Saudi nationals are fighting inside the ISIS organization at present, and tweets released by the Saudi military make it clear that the Kingdom’s armed forces sympathize with the ISIS takfiris.

While Saudi Arabia has been arming, funding, and ideologically training ISIS, encouraging them to commit depraved acts of violence against other Muslims by using the fig leaf of calling them kafirs, the repercussions for Saudi society are potentially volatile. Even as Saudi Arabia is alienating its liberals and minorities by acts of brutal aggression, they are walking a tightrope to ensure that ISIS doesn’t gain support to the extent of popular backing inside the Kingdom for overthrowing the Saudi monarchy. The method for doing so: another dose of the iron fist. King Abdullah has imposed a 20-year sentence on any Saudi citizen who joins a jihad group. As a September 2014 article in the Financial Times of London noted, Saudi authorities “are anxious to avoid a potentially destabilising examination of common ideological links between the extremist group and the Saudi religious school whose support underpins the legitimacy of the royal family.”

As ISIS etches a bleak future for the Muslim world, it may herald a silver lining; the implosion of Saudi Arabia as a consequence for plotting to destroy not just the Muslim world’s call for political freedoms, but also their religion and civilization.

Time to liberate the Arabian Peninsula

Control of the Arabian Peninsula and within it the two holy cities of Makkah and al-Madinah by the House of Saud have cause havoc in the Umm...

The US and its Western and Arabian allies are determined to intensify the conflict in Syria. Recent reports suggest the Saudis are planning ... 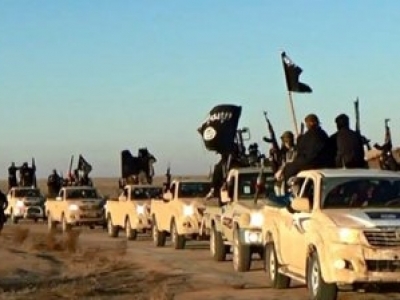 The ISIS takfiris use Islamic rhetoric to attract gullible and frustrated Muslim youth to their ranks. Their fraud must be exposed to deal w... 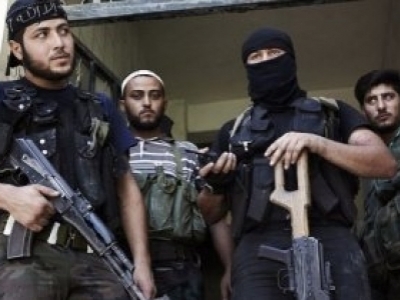 The Saudis thought they would sponsor the takfiris to cause mayhem in other countries. It seems the takfiris have established cells within t...