As the Islamic government of Iran, with the assistance of the Iranian nation decisively aborted the foreign instigated riots, the usual duplicity of the Western corporate media in covering these riots was exposed yet again.

As the people of Iran began voicing their concerns about the rise of fuel prices, these concerns were immediately hijacked by violent thugs operating under external patronage.

As rioters began looting and burning infrastructure, the lack of popular support for anti-Islamic riots became clear. The overwhelming majority of people rejected the rioters and their destructive methods in all major Iranian cities, including Tehran.

The Western media and its regional protégés tried their best to inflate the number of rioters, but even they could not come up with a number higher than 100,000, in a country of over 80 million people.

Instead, many Western media outlets turned to Iranian exiles to present the “peoples” perspective. In Canada, this was best demonstrated by CBC’s “dramatic” coverage of a grand total of 60 people gathering (yes, 60 people!) in Ottawa to support the riots in Iran.

Compare this with the CBC’s stubborn refusal to give any coverage to Quds rallies against the Zionist occupation of Palestine that are attended by thousands of Canadians in all parts of Canada including several thousand in Toronto.

When covering events in Islamic Iran, the Western media, its pundits and government officials become an echo-chamber of their own propaganda. They only broadcast statements of people peddling the Western narrative.

By broadcasting Iranian names and individuals on air, Western media outlets are fed illusions by some in the exile community, which is detached from the realities of contemporary Iran.

It was this modus-operandi that got the US into the Iraq war, which ended in a strategic diminishment of Washington’s power in the Muslim world. American pundits even invented a term for their misstep – “We got Chalabied.”

In Canada, there are no known Ahmed Chalabis yet, but there is the pro-Zionist outfit B’nai Brith, masquerading as a human rights organization and proudly tweeting its participation in the anti-Iran rally in Toronto.

An Islamophobic placard “1400 Years of Stupidity” was prominently displayed at the rally.

Imagine the reaction in Canada if Muslims had carried a similar placard about another religion?

We are constrained to pose a question to our own community: where are the Muslim lawyers?

The failure of the strategy to turn hooliganism and riots into a political leverage against Iran was best reflected by US Secretary of State Mike Pompeo’s state,emt reminding people how the US failed to do the same in December 2017.

Pompeo tweeted: “As I said to the people of Iran almost a year and a half ago: The United States is with you.”

It will not be an exaggeration to state that future US Secretaries of State will continue tweeting their “support” for the next several decades.

Participation of millions of Iranians in pro-Islamic rallies against the foreign instigated riots once again points to the reality that Washington’s hopes of toppling the Islamic system in Iran is doomed to fail as it has in the past 40 years.

... and why Islamic Iran still matters to the Islamic movement and all Muslims

A few short weeks ago, some in the Muslim world were bold enough to suggest that America’s problems in Iraq represented the beginning of t... 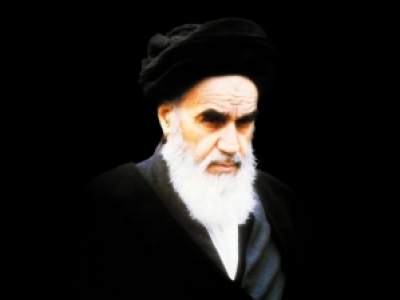 Imam Khomeini: more than just an ‘alim, an intellectual or a revolutionary

This month, as in every June since 1989, Muslims around the world will hold prayer meetings, lectures and other events to mark the anniversa...

In Iran, as elsewhere, there are Muslims effectively working for the US

One of the virtues of the Islamic Revolution of a quarter of a century ago, and of its forthright and plain-spoken leadership, was its abili...