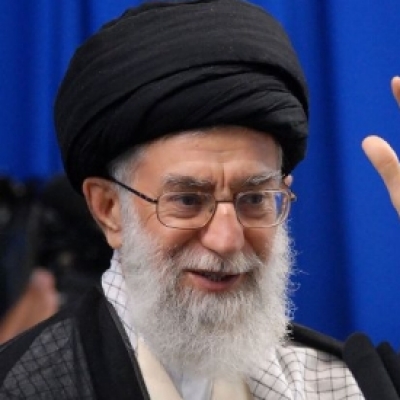 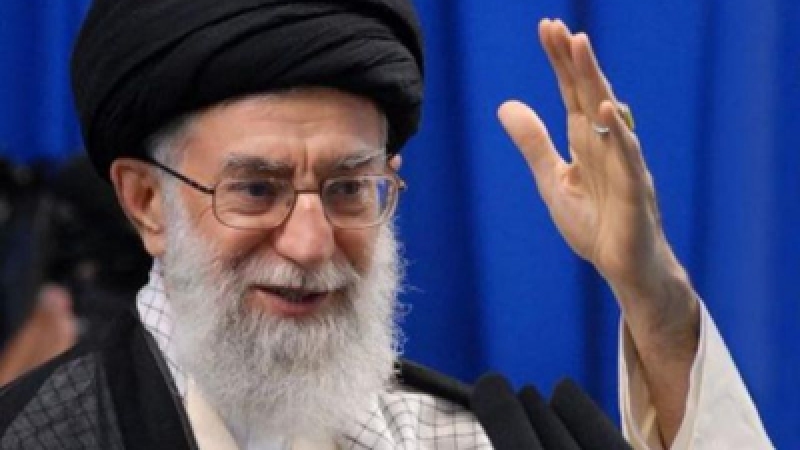 In his jum’a khutbah on November 14, IMAM SAYYID ALI KHAMENEI discusses the US’s policies in the Middle East. Here we report his comments.

Ayatullah al-Udhma Seyyid Ali Khamenei, the Vali-e Faqih of Islamic Iran, said on Friday November 14 that the US has been frustrated in its military campaigns in Afghanistan and Iraq, but warned that Washington is now trying to devise cultural and political ploys to harm the countries of the region from within. He was delivering the first ever juma khutbah at the new Imam Khomeini Musalla in northern Tehran, which had previously only been used for Eid prayers.

Ayatullah Khamenei said the US has already realized that its military plans will not be successful, and warned that the White House leaders have now resorted to new schemes to push forward their campaign in the region. He particularly highlighted recent remarks by US officials claiming to be promoting democracy in the Middle East, pointing out that it has never been interested in democracy, wanting only that regimes should be pro-American, however despotic they may be towards their own people. "Anyone who is familiar with the policies of US leaders since the Second World War would be embarrassed to hear an American president claim to be the custodian of democracy," he said, before asking rhetorically: "How can anyone be so impudent to make baseless and ridiculous claim?"

Ayatullah Khamenei said that US statements on democracy are actually intended to subvert the calls for justice from Muslim peoples, and reminded people of the US’s support for the Shah’s repressive regime before the Islamic Revolution in Iran, as well as its support for Saddam Hussein’s Iraqi regime in its war against Iran during the 1980s. He was confident, he said, that Muslim people would not be taken in by the US’s sudden espousal of democracy.

He then turned to discussing the US’s wars in Afghanistan and Iraq, and the Israeli repression of the Palestinians. He highlighted the killings of civilians by US troops in Iraq and Afghanistan, and attacked US leaders for refusing even to acknowledge or recognise the immense suffering it is inflicting on the people of those countries. He also praised the people of Iraq, Afghanistan and Palestine for their resistance to the US and Israeli attacks, praising the daily losses that the US is suffering in both Iraq and Afghanistan, and pointing out that, although the US had entered Iraq on the pretext of liberating the country, its devastating war has caused immense suffering among ordinary Iraqi people.

He also pointed out that all the US has actually done was replace an Iraqi dictator with a foreign dictator to oppress the Iraqi people, and that the US is using precisely the same sort of oppressive policies that were used by the regime of Saddam Hussein. Ayatullah Khamenei said the US leaders have realized that they can do nothing in the region through military approaches, stressing that Washington knows that it would face numerous problems in starting a military campaign in the Middle East.

"They are now admitting that their plans to use military action to impose their policies on the region were wrong, and the plan should be to subvert or undermine the people of the country," he said, adding that the US was planning such through cultural and political policies.

"The global powers of the US and the Zionist regimes are determined to disappoint people’s aspirations, and secure American domination over the region and its policies," he said, to chants of "Death to America" and "Death to Israel".

Ayatullah Khamenei then went on to warn that the White House is pursuing serious plans to sow seeds of discord among Iran’s political parties as the cornerstone of its policy to harm the Islamic Republic. He also said that the US is trying to create an atmosphere of tension in Iran by challenging the principles of Islam, the Islamic Revolution and the Constitution in order to promote its own policies against Iran. He stressed that the US is keen to find ways of using Iran’s domestic media to raise questions about the country’s Islamic order and political system, stressing that the Iranians must be wary of such measures. He also warned that problems that the US faced in its military operations in other Middle Eastern countries would be many times worse if the US was to try a similar approach against the Islamic Republic.

Ayatullah Khamenei also warned that the US is annoyed over the success of the Islamic Republic in various areas, and warned that any effort to obstruct the development of the country would benefit the interests of the US. "Whoever undermines the efforts by the government to serve the people has acted to the benefit of the US. Whoever propagates the views of the US in the newspapers ... has acted to the benefit of the US," Ayatullah Khamenei said. "Any step to propagate rumors and to level false charges against others would serve the interests of the US, and whoever promotes such practices and contributes to internal disputes in Iran is the mercenary of the US."

Ayatullah Khamenei called on Iranian Muslims to resist the US’s political and cultural plots, stressing that the nation must be aware of the US’s efforts against Iran’s sovereignty, and the example of Iraq.

"The US has failed to achieve its objectives in attacking the region, but it is also true that the US has seized control of Iraq’s oil for itself, " he said.

"Still, the hatred of the Iraqi people toward the US will increase day by day and the US will receive more blows from the Iraqi nation. And, as the late Imam Khomeini put it, the US today has become the most hated country before the Muslim world, and there is no-one more detested in the Muslim world than the US president and the Israeli prime minister."

The self-inflicted wounds on American imperialism and Israeli zionism in Iraq and Afghanistan are easily seen. The public memory is blank t...

The utter fraudulence of Washington’s commitment to democracy

Flaunting the banner of democracy in the Middle East is the latest fad in Washington. Since the attacks on the World Trade Centre and the P...

The real “new Middle East” in the making

Hizbullah's stunning victory over Israel has boosted many people's morale, especially Muslims who are struggling for peace and justice all o...