Home / Tradition Lies Not in Knowing Too Much, But Rather in Not Knowing Enough to Think Things Through

Tradition Lies Not in Knowing Too Much, But Rather in Not Knowing Enough to Think Things Through

It may sound like a broken record, but it has to be reiterated and emphasized that these articles are not meant to degrade or demean any of our apostle’s adherents or anyone of our prophet’s partisans who are honored by Allah (swt) in His glorious Qur’an. If we present any information from what are considered reliable Islamic sources about the dissimilarities, differences, or even disputes among these outgoing personalities, we do so with respect and deference.

In the last expose we pointed to the fact that Umm al-Mu’mineen ‘A’ishah controverted those who claimed the Prophet (pbuh) said that people who mourn at the loss of a loved one – their lamentation will cause the deceased to be tormented. And in support of ‘A’ishah, Ibn ‘Abbas quoted another ayat:

And that it is He alone who causes [you] to laugh and to weep. Al-Najm, 43

Here we will follow that up with example of another faulty hadith.

It is reported that Mahmud ibn al-Rabi‘ (who was a minor when attending some of the Prophet’s gatherings) said that he heard ‘Atban ibn Malik al-Ansari who was a Badr combatant against the mushriks, quote the Prophet’s words:

Indeed, Allah has ruled out [the torment by] fire concerning anyone who says: There is no deity/authority except Allah; provided he, by saying it [sincerely], strives for the visage of Allah.

This took place in the domicile of ‘Atban. So Ibn al-Rabi‘ recounted this “hadith” later on to a group of individuals among them Abu Ayyub – one of the Prophet’s companions. Abu Ayyub took issue with this narration and said: By Allah! I don’t think the Messenger said what you have just said [and attributed to him]. By the way, this professed hadith along with other alleged and displaced hadiths served as a cornerstone for a particular line of reasoning in a following generation; they became known as al-Murji’ah. Their beliefs are summarized by the following:

1- When a person has iman no disobedience is of any detriment to him.

2- When a person obtains kufr no obedience is of any benefit to him.

There are some “hadiths” pertaining to whether the Prophet (pbuh) saw his Sustainer with his own eyes during his Mi‘raj [heavenly ascension]. This is, in the final analysis, a matter of scrutinizing and poring over three Qur’anic words: نظر – رأى – أبصر [Conceive, see, visualize]. Nevertheless, among that first generation of committed and not so committed Muslims there were differences of opinion about this matter. Should those differences of opinion among them cause us to be divided or turn this into a sectarian issue? Of course not.

If we are to relive our Islamic character and resume our Islamic way of life, we have to muster enough courage and reliance upon Allah (swt) to be able to judge the Sahih Hadiths with/by reference to the impeccable and immaculate Qur’an. This was the general attitude and common frame of mind shared by the well-known and not so well-known early faqihs and ‘ulama when the Islamic public had what it takes to produce such thinkers and theorists.

Let us hover into the second century of Islam and meet up with Abu Haneefah, the well-known faqih and savant. And let us visit one of his rulings that will show us how he thrust aside a “hadith” when it was at odds with an ayat.

Abu Haneefah acknowledges that as a matter of the rules of war, if a Muslim kills a kafer in combat then indemnity or settlement payment is not due upon the Muslim. But as for a kafer who is a legal resident or native born within an Islamic civil society, if a Muslim kills such a kafer, then the Muslim has to pay for his crime with his life or reimburse and compensate the victim’s next-of-kin for such an infringement and offense. Such a ruling by Abu Haneefah invalidates what others consider to be a hadith:

لا يقتل مسلم في كافر [A Muslim cannot be executed for killing a kafer]. This hadith has a sanad that is considered sahih. But when this “hadith” is placed in the context of the ayats of the Qur’an it “falls apart”. For the explanation of Abu Haneefah’s verdict see ayats 45-50 of Surat al-Ma’idah.

Anyone who cares to be fair-minded and unbiased would concede that this judgment by Abu Haneefah is justice-centered, a contribution to what is called nowadays “human rights” without that fanatical twist that comes from a blind tailing of “the ‘ulama’ said” which has become the refrain of misguided fanatics who decapitate, amputate, and truncate anyone who becomes a “kafer-other” according to their self-styled definitions. It is a matter of human common sense and universal reasoning that if a philosopher was to kill a garbage collector in cold blood, that the philosopher deserves capital punishment. Anyone who is a member of an Islamic civil society should stand on par with everyone else in a court of divine law regardless of religion, denomination, class, race, gender, etc…

We have in our midst people who call themselves “Ahl-e-Hadith”. These are the types who place the hadiths above the ayats. One instance that comes out of that is that these Ahl-e-hadith varieties claim that the دية [blood-money] to be paid to a murdered woman’s next of kin is half of that which would have been paid had the victim been a man! This is an outrageous and shameful judgment. The Qur’an does not discriminate in matters of blood-money between males and females.

Let us take another issue that has not been settled – an issue that should be very familiar to all of us. Is a person (male or female) who enters the masjid during the Jumu‘ah khutbah required to pray the two masjid-greeting rak‘ats [تحية المسجد] as hadith literature would dictate? For those of us not familiar with this issue as it is discussed in fiqhi circles, the Hanafi and Maliki fiqh discourage and dissuade from doing so even though there is a hadith that “demands” it. Now let us give this some thought. The Jumu‘ah khutbah was instituted after the hijrah. The Muslims continued to pray behind Allah’s Messenger their Jumu‘ah salat for 10 years. That means the Prophet (pbuh) delivered over 500 khutbahs. So, where are they? Those who collected, classified, and cataloged the hadith were keen on every word, every edict, and every answer contained in the Prophet’s hadith. OK. So why wasn’t anyone of them concerned with gathering and annotating the Prophet’s hundreds of khutbahs? If we were to dig deep into the books of hadith, we would probably find a few khutbahs; several at most.

Obviously, the Prophet (pbuh) in his khutbahs was explaining and clarifying the meanings of the enlightening and educating Qur’an. Whether he was on the minbar [pulpit] or in the mihrab [prayer niche] he was always illuminating and putting in plain words the meanings of the ayats of the splendid Qur’an. And when the Qur’an is being recited and reasoned, then everyone has to be silent and attentive. This would mean that no one can be distracted from the Qur’an and the Prophet (pbuh) by their own recitation or salat in the masjid. This cannot be a fiqhi ijtihad when the Qur’an has the final word on the matter:

Hence, when the Qur’an is pronounced/expressed, tune into it and listen in silence, so that you might be graced with [Allah’s] mercy. Al-A‘raf, 204

Here again we have a “hadith” that is not well-matched with the ayat in the Qur’an. To the credit of Imam Malik, he said that such a salat when the Imam is delivering the Friday khutbah is null and void. And nobody can accuse Imam Malik of being anti-hadith!

We will, by Allah’s grace and support, continue to drill in on this subject with all the sincerity that comes with having a fervent attachment to Allah and His Prophet (pbuh) and a passionate consideration for Allah’s subjects – our brothers-in-faith and the oppressed members of our human family.

Thus, [O Prophet,] if they argue with you, say, “I have surrendered my life’s orientation to Allah, and [so have] all those who follow me!” Aal-‘Imran, 20

There is a difference between what the noble Messenger (pbuh) said and what was reported that he said. Since Hadith literature was compiled ...

In this series of articles, Abu Dharr aims to separate the sound hadith from the forged ones. For the thoughtful enlightened Muslims, this i...

The Greatest of Faults is to be Conscious of None

In his ongoing series on hadith, Abu Dharr reminds us that while appointed by Allah and protected from sin, Prophets were still human beings... 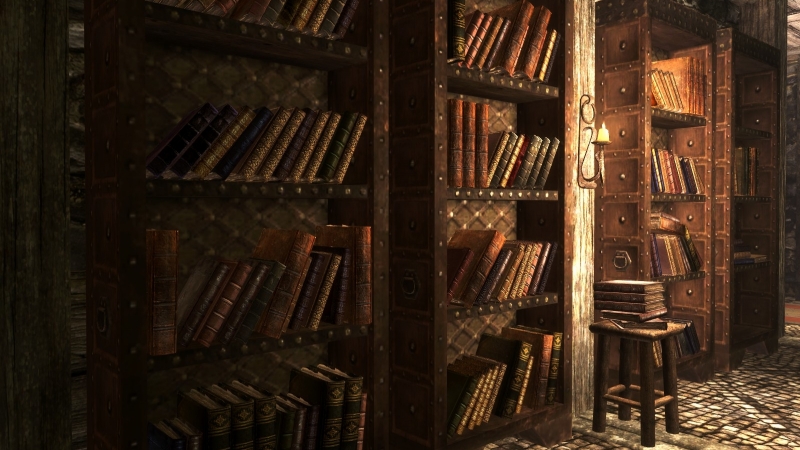 The Prophet (pbuh) had expressly forbidden his companions from writing his hadiths. That explains why there are few hadiths narrated by his ...