The Rahbar’s Message to Hajj Pilgrims 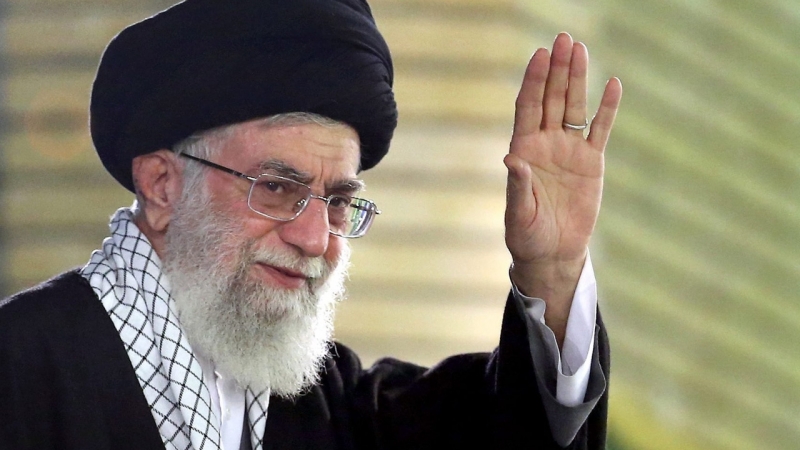 In his annual Hajj message to pilgrims this year, the Rahbar, Imam Seyyed Ali Khamenei was very forthright about the culpability of the Saudi regime in the crush at Mina that killed more than 4700 pilgrims. He called for taking control of Hajj affairs away from the Saudis who have shown total disregard for the hujjaj's safety and the sanctity of the Haram.

In the Name of Allah, the Merciful, the Mercy-giving

All praise belongs to Allah, the Lord of the Worlds, and Allah’s greetings be upon our Master, Muhammad (PBUH), and upon his Immaculate Household and chosen companions and upon those who follow them rightfully until the Day of Judgment.

Muslim brethren and sisters all over the world,

For Muslims, the Hajj season is a period of honor and glory in the sight of [all] human beings, and a period for the illumination of hearts and humility and supplication before the Creator. Hajj is a sacred and mundane, and divine and communal obligation. On one side, [the Qur’an] commands “Then remember Allah as you remember your forefathers, or with [much] greater remembrance” and “Remember Allah during [specific] numbered days” (22:28) and on the other side, the declaration [that] “[Masjid al-Haram is a place] which We made for the people; equal are the resident therein and one from outside,” (2:125) shed light on its infinite and diverse aspects.

In this one-of-a-kind obligation, temporal and spatial security bestows serenity upon the hearts of human beings like a clear sign and a shining star and frees the Hajj pilgrim from the siege of factors of insecurity [created] by hegemonic tyrants, which have always threatened all humanity, and let him taste the pleasure of security during a specified period.

The Abrahamic Hajj, which Islam has bestowed upon Muslims, is the manifestation of dignity and spirituality, and unity and glory. It shows the greatness of the Islamic Ummah and their reliance on the eternal divine power to ill-wishers and enemies, and highlights their distance from the quagmire of corruption and humiliation and oppression, which international bullying powers impose on human societies. Islamic and monotheistic Hajj is the manifestation of [the Qur’anic verse, which describes the faithful as being] “firm against the unbelievers, [and] compassionate among themselves” (48:29). It is a venue for disavowal of the mushrikeen and [promoting] friendship and unity with believers (9:03).

Those who have reduced the Hajj to a mere pilgrimage-tourism trip and have hidden their enmity and grudge against the faithful and the revolutionary nation of Iran under the title of the "politicization of the Hajj" are puny and belittled devils, who shudder as soon as the ambitions of the Great Satan, America, are put in jeopardy.

Saudi rulers, who have obstructed the path to Allah and al-Masjid al-Haram this year and blocked the way of the fervent and faithful Iranian pilgrims to the House of the Beloved, are disgraced, misguided people, who tie their survival on the throne of [their] oppressive power to defending global arrogant powers and [forming] alliance with Zionism and America and making efforts to meet their demand, and they do not shy away from any act of treason to that end.

About one year has passed since the horrible Mina incident in which several thousand people, on the day of Eid and attired in the Ihram [garment], lost their lives tragically under the [searing] sun and with thirsty lips. A short while before that at the Grand Mosque, more than a hundred [pilgrims] were killed while they were in worship and circumambulation and [offering] prayers. The Saudi rulers are to blame for both incidents; this is something on which all attendants [in Hajj] and observers and technical analysts agree, and some experts have [even] speculated that these acts were intentional.

Incompetence and negligence in saving the half-alive injured people whose enchanted souls and eager hearts were busy with dhikr [remembrance of Allah] and whispering the divine verses [of the Qur’an] on [the day of] Eid al-Adha are also definite and proven facts. The ruthless and criminal Saudi men locked them up along with the dead in tightly closed containers and martyred them instead of providing treatment to them and assisting them or even supplying water to their thirsty lips.

Several thousand families from different countries lost their loved ones and their nations were left bereaved. From the Islamic Republic, there were nearly 500 among the martyrs. The families' hearts are still in pain and anguish and the nation is still in grief and enraged.

However, instead of offering apology and expressing regret and prosecuting those directly responsible for this horrible incident, the Saudi rulers even refused to set up an international Islamic fact-finding mission in ultimate shamelessness and impudence. Instead of taking the stand as defendant, they took the seat of claimant and brought further to the fore their age-old animosity against the Islamic Republic and with any Islamic flag, which stands against blasphemy and arrogance, with more wickedness and insolence.

Their propaganda mouthpieces, ranging from politicians, whose behavior vis-à-vis Zionists and America is a source of disgrace for the Islamic world, to non-pious muftis living on haram [prohibited] income, who openly issue fatwas against the [holy] Book and [the Prophet’s] Sunnah, to media footmen, who cannot be kept from fabricating and spreading lies even by professional conscience, are making a futile attempt to hold the Islamic Republic responsible for the denial of Iranian pilgrims performing Hajj this year.

Seditionist rulers, who have embroiled the Muslim world in civil wars and the carnage of innocents and who have stained Yemen, Iraq, the Levant, Libya and some other countries with blood by forming and equipping Takfiri and evil groups; godless politicians, who have extended the hand of friendship to the occupying Zionist regime and have turned a blind eye to the heart-wrenching suffering and plight of Palestinians and have broadened the extent of their oppression and treason to cities and villages in Bahrain; [as well as] unfaithful and unconscientious rulers, who created the great tragedy of Mina and under the guise of [being] Custodian of the Two Holy Mosques flouted the sanctity of the safe divine sanctuary and slaughtered the guests of the Compassionate God on Eid day in Mina and before that at the Grand Mosque, are now speaking about non-politicization of Hajj and accuse others of the big sins they have themselves committed or caused to happen.

They are a flagrant example of the clearly enlightening expression of the Holy Qur’an [where it says]: “And when he turns his back, his aim everywhere is to spread mischief through the earth and to destroy crops and cattle and Allah does not love mischief. And when it is said unto him: Be careful of your duty to Allah, pride takes him to sin. Hell will settle his account, an [what an] evil resting-place [it is].”

This year too, according to reports, in addition to blocking the Hajj pilgrims from Iran and some other nations, they [the Saudis] have subjected Hajj pilgrims from other countries to unprecedented surveillance with the help of espionage devices provided by America and the Zionist regime and have rendered the secure House of Allah unsafe for all. The Muslim world, including Muslim governments and nations, must know the true nature of the Saudi rulers and realize the reality of their sacrilegious, unfaithful, dependent and materialistic nature. They must not let them get away with impunity after [all] the crimes they have committed across the Muslim world, [but] in response to their unjust treatment of the guests of the Merciful God, they must think of a fundamental solution for the management of the Two Holy Mosques and the issue of Hajj. Shirking this duty will expose the Islamic Ummah to bigger problems in the future.

Muslim Brethren and Sisters! This year, the eager and devoted Iranian pilgrims are missed in the Hajj ritual, but they are in attendance with their hearts and they are standing alongside Hajj pilgrims from across the globe and are concerned about them and pray for them to be spared any harm from the accursed tree of tyrants. Remember your Iranian brethren and sisters in your prayers and acts of worship and invocation, and pray for the Muslim communities to overcome their problems and to have the hand of arrogant powers and Zionists and their stooges cut off from the Islamic Ummah.

I personally honor the memory of last year's martyrs of Mina and the Grand Mosque and the martyrs of Makkah in [the Hajj pilgrimage in] 1987 and I pray to the Almighty God to bestow His forgiveness and mercy upon them and reserve them high positions [in the Heavens]. I salute Hadhrat Baqiatallah al-A‘zam (may our souls be sacrificed for him) and request that venerable figure’s accepted prayer for the exaltation of the Islamic Ummah and salvation of Muslims from sedition and malevolence of enemies.

And providence belongs to Allah and reliance is on Him alone.

As a symbol of Islamic unity and honour and the emblem of monotheism and spirituality, the sacred Ka‘bah, during the Hajj season, is host ...

The Imam’s annual message to the hujjaj

The Hajj season is an occasion for hope and good tidings. On the one hand, the magnificent solidarity among the travellers to the House of U...

After the Islamic Revolution, Imam Khomeini began the practice of addressing an annual message to the Ummah as they athered for the Hajj. I...

The Rahbar’s Hajj message for 1429 AH

Once again the Land of Revelation has gathered legions of committed servants for its annual banquet. In the birthplace of Islam and the Holy...