If a NATO member regime or one of its satellites were to hold regular elections despite being faced with a war lasting eight years we would be hearing about its democratic commitment in the mass media, textbooks, and universities 24/7. Novels would be written about its epic resistance especially if there was a “super-power” also backing its opponent, and harsh economic sanctions were imposed on the defender that was also faced by regional proxy wars and internal subversion by the global powers. But because that country happens to be Muslim and the only one not taking orders from Washington and Tel Aviv, we do not hear about Iran’s commitment to an electoral process.

One of the words the corporate Western media has managed to “privatize” is election. Elections within NATO regimes and systems allied to it are scrutinized at a very superficial level to maintain the veneer of freedom while elections in non-NATO countries are dissected and scandalized in-depth. So, let us turn the tables.

Two crucial elections were scheduled in Islamic Iran in February 2016 (after this issue of Crescent goes to press): those for the Majlis (Parliament) as well as the Majlis-e Khobregan (Assembly of Experts). Of course the corporate media immediately went abuzz about the vetting procedures of the electoral process in Islamic Iran. Not only do the corporate media never bother to explain the Islamic philosophical and legal basis of the electoral vetting process, they also deliberately ignore the fact that vetting takes places in some form or another in every country where elections are held.

Let us start with a relatively neutral example, Austria. Due to that country’s horrific experience with National Socialism (Nazism), political organizations with national socialist views are banned from participating in the political process and elections. Even though in 2013 a poll conducted for the Vienna newspaper, Der Standard, showed that 54% of Austrians that participated in the poll said they thought it would be “highly unlikely” that the Nazis would win seats if they were allowed to take part in any election. But the Austrian governing system decided that it is in the interest of the Austrian citizens not to repeat the Nazi experiment. The Austrian ruling establishment made this decision without holding any referendum; and rightly so.

In another part of the world — Australia and New Zealand — “party room ballot,” where the elected representatives of a party meet in secret to decide who their leader should be, is an established rule. This “democratic” rule excludes all other ordinary party members from having a say in who would represent them at the national level and potentially head the country’s government. Then there is the complicated and highly questionable caucus system in the US through which a candidate can lose the popular vote, but still be elected as president.

In Canada, the weakness of the first pass the post system gave the Harper regime an opportunity to hide behind the mask of “majority.” In reality, the Harper regime represented barely 5.8 million Canadian voters out of 24 million eligible voters during the 2011 elections. In May 2011, nearly 40% of eligible Canadian voters stayed away from the ballot box. The list of highly questionable and undemocratic electoral systems present in the West can be exposed endlessly but the point should be clear by now.

Since 1980, Iran has elected seven presidents in ten elections. Compare that to the US, where four presidential elections were held in the three decades after its revolution. The turnout in Iranian elections also puts many NATO regimes to shame. Also, a 2010 research study by Dr. Ansia Khaz Ali showed that “the percentage of female candidates standing for membership to the Islamic Advisory Council in the first electoral session (1980) for parliamentary elections rose to 165.06% in the seventh session, a rise of 227.48%.” When all of this is put into perspective under which Islamic Republic worked on its electoral process, Iranian achievements in terms of electoral practices is huge.

Most ruling systems, if faced with similar harsh political, economic, and military conditions as Iran, would cancel elections. In fact, during the Second World War, Britain canceled parliamentary elections for the duration of the war and had a wartime prime minister (Winston Churchill) who was and acted like a dictator. The question thus arises: why is Iran so committed to holding elections even though every minor political difference among various groups is used by foreign powers to instigate internal chaos? The answer lies in the Islamic political outlook on governance. Analysis of the Islamic approach to governance shows that an Islamic government’s legitimacy is derived from divine principles communicated through the final revelation, the Qur’an, while acceptance and participation of the people is the condition for the formation of government. Of course the corporate media does not have an interest in, or brains, to study elections in the Islamic Republic of Iran through an Islamic prism.

Even a superficial review of Iran’s elections will show to any person with even rudimentary knowledge and understanding that elections there are one of the liveliest in the region. Yet the Islamic Republic has been and will always be demonized because its intellectual tradition and methodology are Islamic and not secular. The West’s secular fanaticism is sacred.

Is there room for improvement in the electoral system and process in Iran? The simple answer is, yes, but that is the case with all electoral systems in the world. Can Iran afford to start experimenting with various electoral mechanisms as does Switzerland or Norway? Not at the moment. Why? Take a look at the region and the policies of the NATO regimes in relation to overthrowing the Islamic system in Iran since day one of its establishment and the answer will be evident to those with even superficial adherence to fairness.

For those who find this explanation not quite clear, let us use an analogy. If in a particular neighborhood, the people never locked their doors and windows, but there was only one house that always got robbed, can anyone blame the owner if he/she chose to be a little more cautious and keep the doors and windows locked? The day NATO and other predatory regimes stop attempting to overthrow the only working Islamic model in the world will be the day when Iran can afford the luxury of experimenting with different electoral methodologies. Until that time, Tehran would be well advised to protect its system from experimentation and guard its interests tightly. 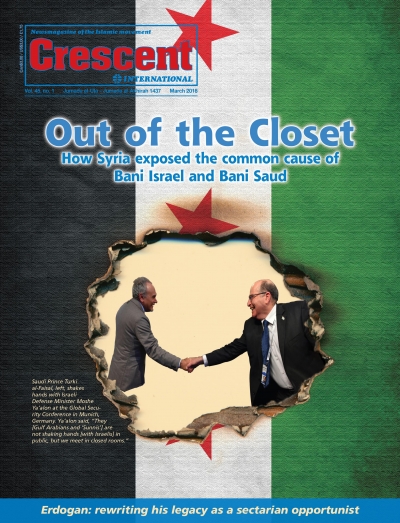 The Framework of Presidential Elections in Islamic Iran

Millions of Iranians will head to the polls to elect a new president. In Iran, the president is limited to serve only two consecutive terms....

The results of the Iranian Majlis elections in February silenced many who had expected them to produce a massive popular rejection of the Is...

Defying Western predictions and negative propaganda, Iranians in their tens of millions turned out for two crucial elections on Friday Febru...