The people of Indian occupied Kashmir have seldom experienced a day of peace. The last few days, however, have witnessed intensification in Indian military brutality against the people.

Indian occupation forces killed at least 20 people in Kashmir, according to police sources on Sunday April 1.

The dead included four people shot dead in protests in Srinagar while 13 others were killed in what the occupation forces said were ‘suspected militants’.

This is euphemism for targeted killings of Kashmiri youth that show the slightest defiance of occupation forces. Three Indian soldiers were also killed.

Indian occupation troops killed seven Kashmiri youth in a protracted shootout in the village of Dragad. The youth responded to such barbarism by shooting and killing two Indian soldiers as well. The occupation forces were using helicopters to swoop low over the area.

Another youth was gunned down in a brief exchange of fire in Dialgam.

The killing of 13 Kashmiri youths south of the capital Srinagar led to mass protests. It was at one of these protests that four civilians were shot and killed.

Since last October when India launched ‘Operation All Out’, more than 200 Kashmiri youths were murdered within three months of 2017. So far this year, another 51 youth have been shot and killed.

Indian occupation troops do not need much prompting to kill innocent Kashmiris. They have been doing precisely that since India illegally occupied a major part of Kashmir in October 1947.

Since the beginning of 1989, Indian occupation troops have murdered more than 94,000 Kashmiris. These include men, women and children.

Last December, Sardar Masood Khan, President of Azad Jammu and Kashmir (the Pakistani part of Kashmir) revealed at a seminar in Islamabad that India was using chemical weapons against the Kashmiris.

Regrettably, neither the so-called international community nor relevant international bodies have taken much interest in investigating these very serious allegations against India.

Like Zionist Israel, India is given a free pass to get away with crimes against humanity. And like Zionist Israel in Palestine, Indian occupations troops can kill and maim Kashmiris without any international opprobrium.

Modi may be crude, and Nehru was sophisticated but on Kashmir, there is little to distinguish between the two. 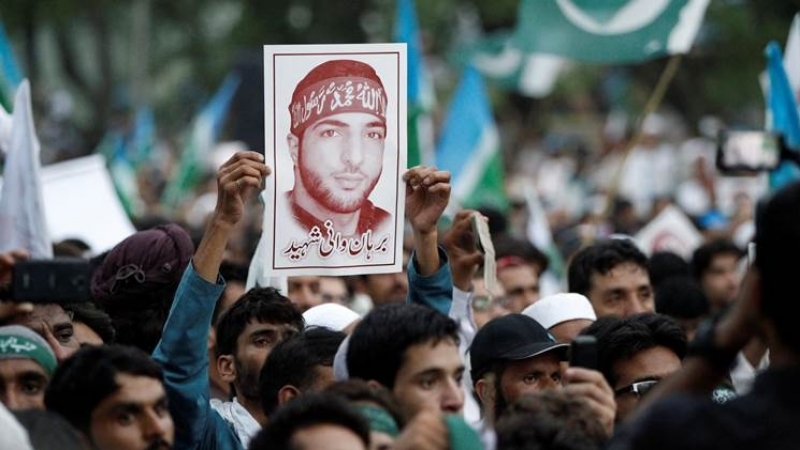 Burhan Wani was a young charismatic Kashmiri freedom fighter. He was martyred on July 8, 2016 but his sacrifice led to the reinvigoration of...

Legitimacy of the Kashmiris’ Struggle

For 70 years, the people of Kashmir have struggled for fundamental rights despite facing one of the most ruthless regimes in the world.

Why the almost universal silence over India's horrific crimes against the Kashmiris?

Between July 9 and 31, the Indian occupation troops shot and killed 74 Kashmiris, most of them young men but also some children. In a new ta...