The weak and unrepresentative TFG (transitional federal government) – installed after the expulsion of the popular Islamic Courts Union in December – and the Ethiopian troops who helped install it and are protecting it have failed to stem the growing violence in Somalia. The clashes between them and their opponents in recent weeks show clearly that TFG and the Ethiopians have no control over events. The clashes are not confined to rural areas and commonly occur in the capital, Mogadishu, and other cities such as Kismayo, which was the headquarters of the TFG before it was returned to power. In these circumstances, it is not surprising that observers and analysts have concluded that the African Union peacekeepers expected to arrive soon will have little influence on the situation because they will be seen as allies of the TFG and the Ethiopian troops.

The attack on Ethiopian and TFG forces in Mogadishu on February 24 by unknown gunmen is typical of the blood-soaked confrontations that are occurring daily. According to eyewitnesses, the attackers fired at those forces and the latter responded with heavy artillery fire. The result was that many civilians were caught in the crossfire, with at least ten killed and many more seriously injured: so seriously that the number of deaths was expected to increase rapidly. The brutal response of the TFG and Ethiopian forces alarmed the International Red Cross Committee so much that it made a public statement against the murder of civilians and urged those responsible to take greater care in the future. As a result of this lack of care, more than 400 people have been admitted to hospital in the past three weeks alone, the Red Cross Committee said.

The TFG and the Ethiopians are not greatly disturbed by the Red Cross Committee's statement or, for that matter, by the criticism frequently aimed at them by human-rights groups. They know that their backers, particularly the US and its allies, will not withdraw their support as a result of this criticism, and will discourage other governments and the UN from taking action against them on the basis of statements by the Red Cross and human-rights groups. What really disturbs them is that the civilian casualties are causing great anger among ordinary Somalis, who are joining the resistance in great numbers. They are also, of course, alarmed that the attacks aimed at them are claiming the lives of military and police officers, some of them very senior.

One example of the attacks targeting security officers is the explosion of a bomb at a gathering in Kismayo on February 11 that senior officers were addressing. The explosion took the lives of at least five people and injured more than 20 others. The injured included at least seven very high-ranking police and military officers. Nobody claimed responsibility for the explosion, but the security officers present ordered an immediate and unbridled reaction, greatly increasing the number of injured. They must, therefore, share responsibility for the mayhem.

The increase in the number of attacks on TFG and Ethiopian forces – mostly in Mogadishu – is not the only worrying aspect, as far as the TFG and its Western backers are concerned. Armed attacks used to be staged only at night, but in a new and unnerving development they have begun to take place in broad daylight. The TFG and Ethiopian forces have responded by closing certain areas of the city (mostly in the south) where several of Mogadishu's main streets are. This has caused serious traffic problems, and has focused public attention on the failure of the TFG and Ethiopian forces to stem the growing insurgency. The continuing flight of hundreds of civilians out of Mogadishu shows how far the public have lost confidence in the ability of those forces to protect them or establish law and order.

But the people fleeing Mogadishu and other cities are not seeking only personal safety; they are also leaving to join their chosen groups and engage in assaults on TFG and Ethiopian forces. Those groups range from nationalist activists opposed to the presence of foreign troops to the militias of the Islamic Courts Union and its supporters. But even more seriously, the conflict is no longer about principles but has deteriorated into clan warfare, making its resolution more difficult. Even the president of the TFG – Abdullahi Yusuf Ahmed, himself a veteran warlord – publicly admits that his government cannot triumph by the use of force alone. He said in London on February 22 that there could be "no military solution" in Somalia, and that he would be convening a "national reconciliation congress" to reconcile the country's warring clans.

But few took Yusuf seriously: his statement was only an imitation of a ploy previously used by the US government to disguise its war on the Islamic Courts Union when the Union controlled the country. Then, Washington urged Yusuf to open peace talks with the Courts to end the strife – a transparent attempt to disguise its role in the conflict, and to divide the Islamic group. No one took Washington's ploy seriously at the time, and now analysts and diplomats dismiss Yusuf's offer for a peaceful solution of the conflict, believing that he is firmly committed to a violent platform as the only way out of the conflict. The current preparation of a Somali "rapid response unit", backed by Ethiopian firepower and designed to lead fresh attacks on the Islamic Courts Union, casts light on the real and barely disguised options chosen by Yusuf, a warlord and agent of foreign powers who is masquerading as president of Somalia.

In these circumstances the 4,000 peacekeepers pledged by the African Union, who are expected to arrive in Somalia soon, can only be absorbed into the conflict and will eventually be forced to withdraw. 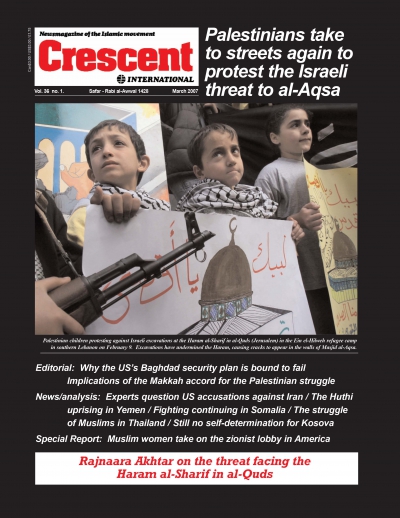 It sounds strange, but even the highly secular western media now admit that the people of Somalia “yearn” for the return of the Islamic ... 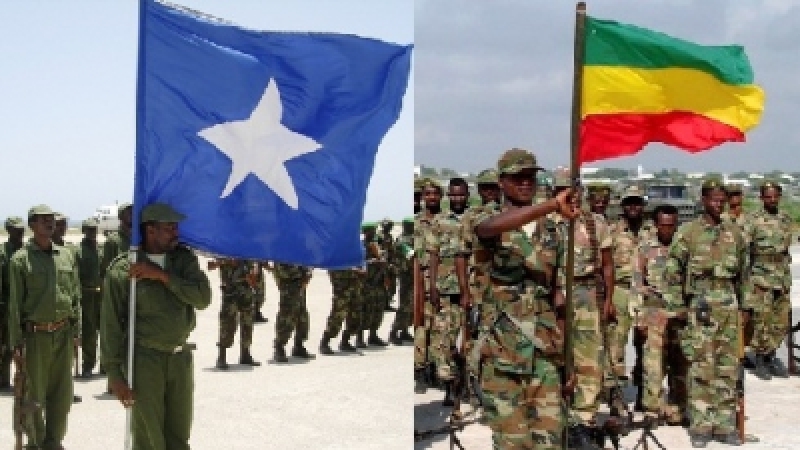 Ethiopia steps up war to support new government in Somalia

The transitional federal government (TFG) of Somalia, which was put in power in December 2006 after the removal of the ruling Union of Islam...

As reconciliation efforts in Somalia fail, China reaches for its oil

It was widely expected that the reconciliation-congress chaired by the ineffectual transitional government, headed by the former warlord and... 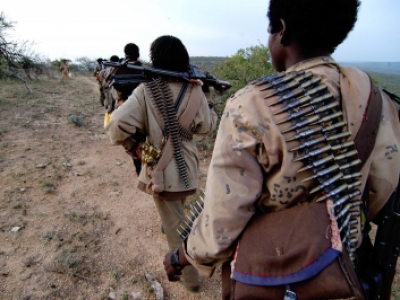 It seems likely that Somalia will not have peace for the foreseeable future, as war again breaks out between the Islamic Courts Union (ICU) ...