The dispute about Kashmir between India and Pakistan evokes different reactions at different levels. During the crisis over Kargil, patriotic sentiments on both sides ran high. But, as usual, Muslims in India were put in a particularly difficult position, increasingly asked to prove their loyalty to the country. Indians regularly disagree with the Vajpayee government’s stance, and question whether military strikes have done more bad than good, but if you are a Muslim and ask these questions, your loyalty is suspect. Even without such sins of commission, you are suspected on grounds of omission if you do not declaim your patriotism loudly enough, and condemn Pakistan in the worst possible terms.

Thus one does not find Hindu religious men declaring wholehearted support for the federal government in the fight against Pakistan; no Christian church institution or synod of bishops came forward to declare patriotic sentiments at the hour of national unity. But several congregations of imams, in the glare of media publicity, stepped forward to announce their support of the government in the jihad against Pakistani infiltrators in Kargil. Newspapers carried pictures of Muslims converging on the prime minister’s residence to do the same. Muslim members of the secular political parties vied with one another in the patriotism stakes.

Nowhere is this suspicion of Muslims more visible than in the question of India’s maps. Maps used throughout the world show Kashmir as either disputed territory or belonging to Pakistan. Many of the maps used by the Indian media and organizations, including various official and popular publications, show the same, as they usually come from such international sources rather than official Indian ones, either because the foreign ones are better quality or because they are easily available , for example through the Internet.

But a map-divide has became all too evident. When a Muslim uses or displays a map showing Kashmir as non-Indian, he is arrested immediately; and if such a map belongs to a non-Muslim source or is even expressly published by a non-Muslim publication or institution, it is either ignored or attracts the lightest legal treatment.

There have been several such cases in the southern Indian state of Kerala. In the city of Calicut, a small restaurant was immediately targeted when a map was spotted near the kitchen showing Kashmir outside India. Ten Muslims and two Hindus were immediately arrested, and later released on bail; only the Muslims were later charged.

In another similar incident a Muslim engineer on vacation from his Gulf job was arrested for possessing a foreign-made globe showing Kashmir outside India. He was charged under Indian Penal Code Section 124A, which is carries a possible penalty of up to seven years’ imprisonment. Hundreds of other Indians must have bought similar globes and brought them into India, without the slightest attention being paid to this matter.

The case of a non-Muslim magazine (Christian-owned, to be exact) presents a fine contrast. Balarama, a children’s magazine in the Malayalam regional language, part of the largest-circulation daily paper, the Malayala Manorama group, printed a similar map as part of an illustrated series. Although some newspapers reported the incident, no immediate action was taken. Had it been a Muslim publication, experience shows that copies of the magazine would have been immediately confiscated and editors put behind bars. Only several days later was a case brought against the magazine, and even that was on a private petition; the state took no action whatsoever.

But the state did not need such prompting in the case of a Muslim publication, the Muslim Review of the People’s Democratic Party in Kerala, which published a similarly offending map. The police arrested not only the editor but the printer as well. No-one, either within the judiciary or outside it, appears to have noticed the different standards applied for the same offence.

What is more, even some maps published by federal and state government agencies are guilty of the same ‘error’. Thus in Kerala, for example, a regional centre of the federal government’s computer education and training centre has a brochure with a map that does not show Kashmir as part of India. The standard explanation is that they all adopted a map, banned by India in 1995, from a software package published by the US computer giant Microsoft. But the more pertinent fact is that no official of either this centre or the parent department was booked for the offence.

But the biggest paradox lies with India’s most patriotic (ie Hinduist) outfit. It turns out that the Vishwa Hindu Parishad, the stridently Hinduist movement that is always at the forefront when Muslims are attacked as anti-national, has itself been guilty of cartographic sin. In a press advertisement splashed in the Indian Express of 15 May 1992, it omitted Kashmir from the map of India. But this was not inadvertent. The Hindu nation conceived by VHP has no place for Kashmir; but the point is that publication of such a map is against the law and, in their own terms, violated the integrity of the nation. But the arms of the law did not extend to either the VHP leaders or the publishers of the newspaper.

In the meantime, there has been some reaction against the exaggerated nationalism displayed during the relatively minor Indian military operation in Kargil. Every conceivable body tried to capitalize on the operation for its own benefit, making statements extolling the soldier, or making well-publicised donations. Many revelled in the glare of press cameras as they gave cheques or visited injured soldiers, acts which were temporarily worth more in public relations terms than a century in cricket or an award-winning film. Big publicity at little cost became the norm.

Such exaggerated displays of nationalism prompted critical comment from some quarters. Sociologist and writer Ashish Nandy commented, “I think this jingoism is a temporary phenomenon, though it will leave its sediments. Traditional Indian society has collapsed and the sort of deep-rooted nationalism seen during the independence movement is a thing of the past... This is a knee jerk reaction and at times it’s been in bad taste... We saw cricketers and film-stars playing football to raise funds and some of them baying for Pakistani blood. This sort of blood-thirstiness and cheque book frenzy does no credit to anybody at all.”

At a recent seminar on the role of the press during the war, speakers bemoaned the lot of the press who were fated to carry the daily press briefings of Indian military authorities verbatim as news of the war, instead of taking the hard path of battle-front reporting. They pointed out that the press was largely to blame for hysteria created by the Indian response to Pakistan’s Kargil operation.

Few people, however, have spared a thought for the plight of India’s Muslims. 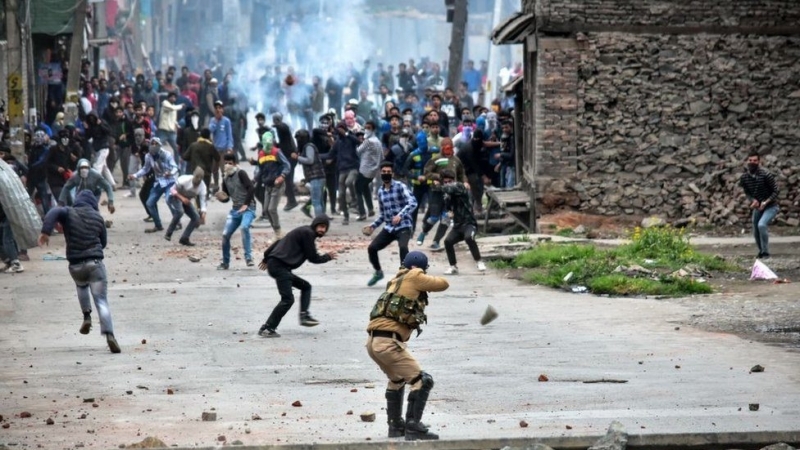 Pakistan’s Options in Jammu and Kashmir

Pakistan must begin to think outside the box to find a solution to the long-festering problem of Jammu and Kashmir. Repeating old slogans or...

Indian attack on Pakistan could easily escalate into a full-scale war between two nuclear armed rivals blowing up the entire region. It is i... 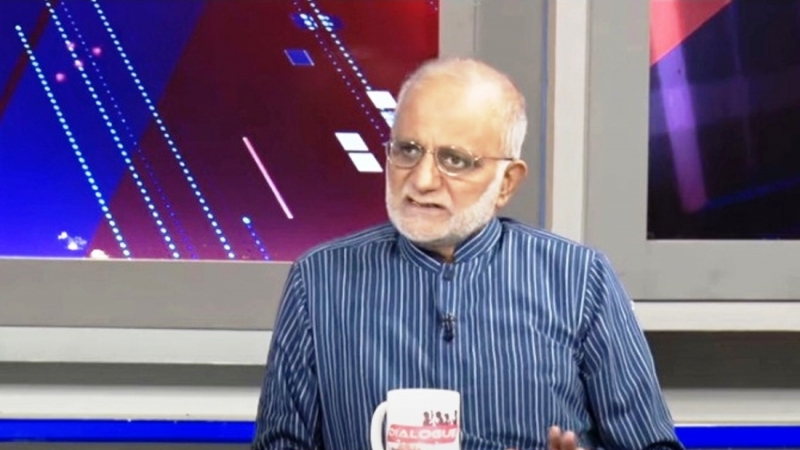 Whatever else one may say about the state of affairs in India, there is one thing for which Indian policy makers deserve credit. No matter w...